Rapper Olamide Adedeji has announced the fourth edition of his concert tagged ‘Olamide Live in Lagos: The Concert’.

With the success of the three previous editions, the concert will be held at the 25,000-capacity Teslim Balogun Stadium Surulere, Lagos. 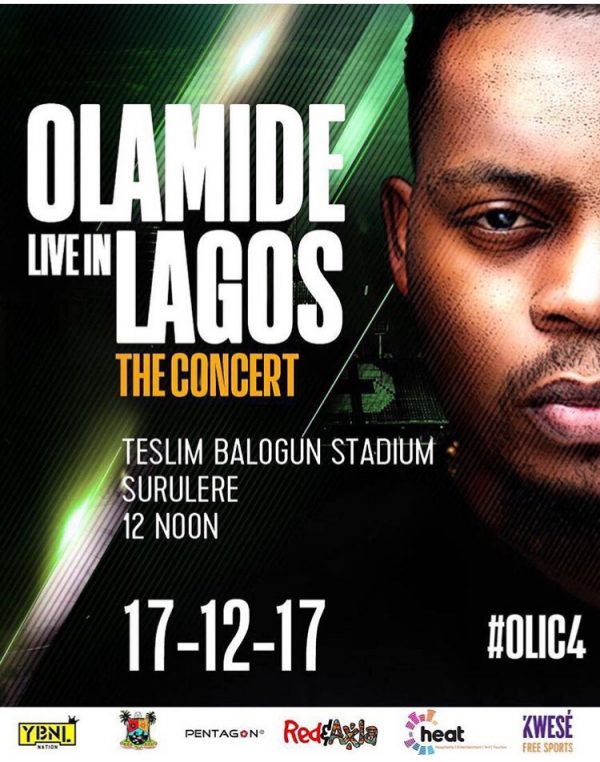 Previous editions have seen dignitaries such as Akinwunmi Ambode, governor of Lagos State, and his wife, Saheed Elegushi, Dino Melaye amongst others in attendance.

The rapper will be performing songs from his new album ‘Lagos Na Wa’ along with his many hits in a back to his fans.

The singer released his seventh body of work for the seventh year running via his Instagram page last Friday.

‘Wo’, a hit song by the rapper was recently named the most popular song of the year by fellow artiste Wizkid.

Chiwetalu Agu: I’m the most awarded actor in Africa. Who is Gideon Okeke?