OBITUARY: Baba Suwe, self-trained actor and school dropout who died with ‘one regret’

Since the dawn of 2021, Nigeria has lost some of its finest talents in the movie industry. From Rachel Oniga, Prince Ifeanyi Dike, Victor Olaotan to Sadiq Daba; Nigerians have watched, helplessly, how some of their favourite entertainers pass on one after the other.

On Monday, death struck again, and this time around, it was Babatunde Omidina, the comic Yoruba actor better known as Baba Suwe.

The ace actor passed away at 63 after a long battle with an undisclosed illness.

Witty and energetic, Baba Suwe was a delight to watch on the screen during his heyday.

BIRTH AND EARLY DAYS OF A ‘SPECIAL CHILD’

Baba Suwe was born on August 22, 1958, at Inabere street, Lagos Island. He hailed from Ikorodu LGA in Lagos state.

The only child of his parents, he was a boy with big ambition, largely inspired by the fame and heroics of Michael Jackson, the late iconic US pop star.

“Then (while growing up) I wanted to be like Michael Jackson who was known all over the world but now I know better,” had said in a 2014 interview. 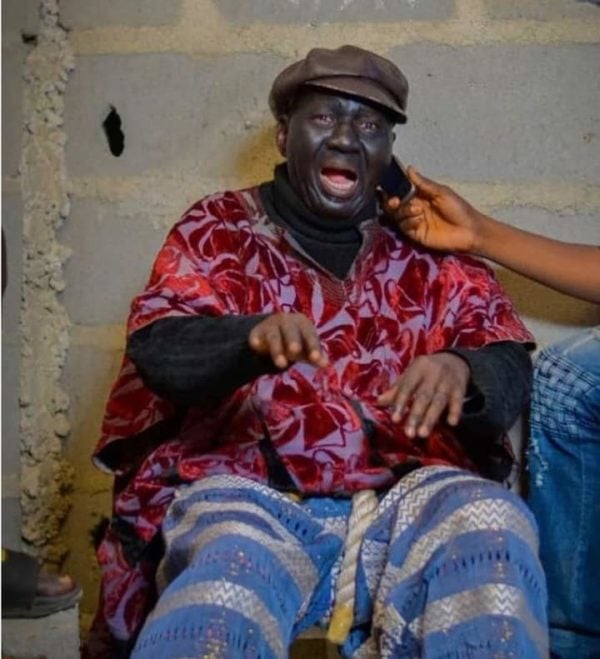 His childhood could be likened to that of a nomad as he constantly shuttled between Lagos and Osun for his primary and secondary education.

The film star started his education at Jamaitul Islamial primary school in Inabere and at some point left for Osogbo in Osun state, where he attended children boarding school.

He thereafter returned to Lagos for his secondary education at Adekanbi Commercial High School. However, it wasn’t long before he ditched the school again for Ifeoluwa Grammar School in Osogbo.

Although he had big dreams, he saw no need to pursue education like his peers at the time — a development that made him drop out of school eventually.

In an interview with Vanguard, Baba Suwe described himself as a “special specie created by God” but lamented that he never took education seriously as a teenager.

“I am a special specie created by God. I hail from Igbgogbo, Ikorodu, Lagos State but born and bred on the Island. My father was an average Nigerian who was into trading of eye-glasses and my mother was a trader,” he had said.

“I am the only child between my parents. My father had three wives. I dropped out of secondary school when I was in form four. Growing up for me was tough but fun. I enjoyed every bit of it because I was quite mischievous.

“As a teenager, I didn’t really know the importance of education but thank God, I am managing well. I am also a different person from what you see on the screen, a quiet and easy-going person.”

MOVIE CAREER AND RISE TO STARDOM

For Baba Suwe, acting was more than a passion, it was everything. According to him, his journey as an actor started after he dropped out of secondary school.

Growing up as a budding actor, he embodied creativity, hard work, and determination. But unlike others with similar ambitions, he was not lucky to get formal acting training.

He only relied on experiences garnered from watching stage plays.

“I started acting at 18 when I dropped out of secondary school, then I was in form four. I developed the passion when Baba Mero and his group came to Children boarding school in Osogbo to act,” he recalled in an interview. 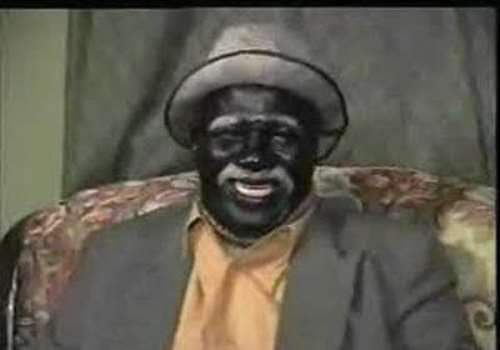 “After watching them, I got drums and other musical instruments, picked some guys in my streets like Mufitau Ilumoka, Sola Taiwo and a host of others and formed a theater group. And that was what metamorphosed into the brand ‘Baba Suwe’ today.

“I was not trained by anybody. I was born with the talent of putting smiles on faces, so I really did not need any training.”

Despite not getting formal training, his breathtaking acting skills shot him into the spotlight.

He started pulling the weight of fame after he featured in a movie titled ‘Omolasan’ and became very popular following his stint in ‘Iru Esin’, a 1997 movie by Olaiya Igwe.

With a blend of Yoruba and Pidgin occasionally, Baba Suwe, who often starred as a servant and gateman in films, dazzled movie lovers with his deep sense of humour, charming personality, and characteristic vigour.

His heroics made him one of the go-to-actors for comic roles in Yoruba movies and drama series during his prime.

In 2014, he said he would not have succeeded if he had not considered acting as a career.

“Acting has brought me many good things that I can not say here. I do not think I would have done well in any other field,” he said.

Baba Suwe was in the public eye a decade ago following his face-off with the National Drug Law Enforcement Agency (NDLEA).

The actor’s troubles began in 2011 after the agency arrested him at the Murtala Mohammed International Airport over suspicion that he was trafficking drugs and was detained for three weeks.

He was eventually granted bail after no drugs were found on him while the Lagos high court ordered the NDLEA to pay the actor the sum of N25 million as compensation.

The incident turned out to be a major setback for Baba Suwe’s glowing career and the goodwill that he enjoyed for years.

It also marked the beginning of his battle with an undisclosed ailment which was made public in 2019.

In June 2021, the actor recalled how he became crippled after his experience with the NDLEA.

“I have not forgotten about my issue with the NDLEA and I will never forget because I am still bearing the pains and suffering from that encounter. I am still affected by the inflictions they meted on me at that time,” he said in an interview.

“As I speak with you, I cannot walk with both my legs. Just to visit the toilet in my room, I have to be carried there. Even using the toilet is a problem as well.

“Although I travel abroad for medical check-up, my body is still not okay at all. As I said, I cannot walk to my toilet at all without assistance. This development began about a week or two ago. Before then, I hardly walk properly and anyone who sees me would know that I have difficulty walking.

“I have not been able to continue my work as an actor partly because of what I am currently going through. I cannot start work because I am not strong enough.”

Amid the actor’s claim that his experience with the NDLEA led to his illness, the agency denied torturing him.

“The NDLEA did not torture Baba Suwe. If he was tortured, he would have said it himself. This is just an unfounded rumour on social media and it should be disregarded,” it said.

“As a matter of fact, Baba Suwe was given the best treatment. We treated him with due regard to the requirement of fundamental human rights globally. He was talking to his relatives and lawyer.

“He was never kept in a prison for the period that he stayed here because he was virtually under our observation.”

Until his death, Baba Suwe’s regret was that he allegedly did not receive the N25 million compensation that the court ordered the NDLEA to pay him.

Speaking with PUNCH, he lamented that the death of Bamidele Aturu, his lawyer, was a blow to efforts toward getting the compensation.

“If my lawyer, Bamidele Aturu, was still alive, I will have got my compensation a long time ago because he is a good lawyer. He is also a compassionate person. The man was nice. When we were in court, he really tried. If he was alive, I would have been compensated,” he had said. 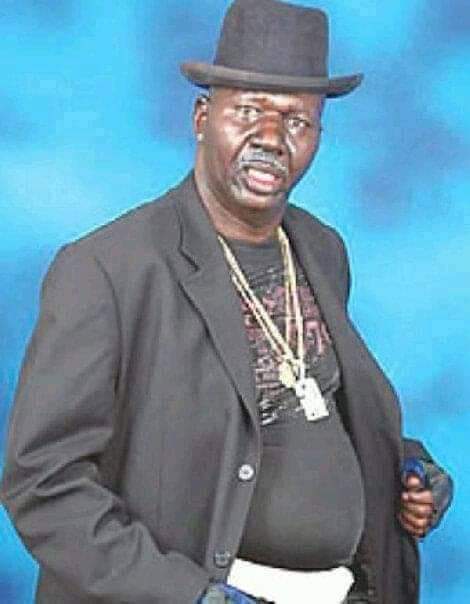 In 2019, he also echoed his regret of not getting the compensation during an interview while soliciting funds to enable him to access good health care.

“After all this, I haven’t received the N25 million compensation. Please don’t let me die this way. I can’t lie, see how I am looking,” he had said.

“I slumped when I travelled and was admitted for about three weeks. They asked me if I was trafficking cocaine and I said no. I was examined and they didn’t see anything.

“After that, I requested to return to Nigeria. After returning to Nigeria, I tried to walk on my own but I was staggering; that’s how I started using the walking stick. When I returned to America, they said I needed to do surgery and that it would cost a lot.

“When I approached people, they said they didn’t have money so I couldn’t raise as much money as I needed. I need help from my fans so that I can take care of myself.”

Before he eventually passed away, Baba Suwe was a victim of death rumours on social media. This was due to his health challenges.

In April 2019, the internet was inundated with rumours that the veteran actor had died.

But Mr Latin, his colleague and president of the Theatre and Motion Pictures Association of Nigeria (TAMPAN), dismissed the claim.

“I want to use this medium to dispel the rumour circulating. It is pretty unfortunate that I have to still come out and do this again. I don’t really understand what perpetrators of such falsehood on social media gain by doing that,” he had said. 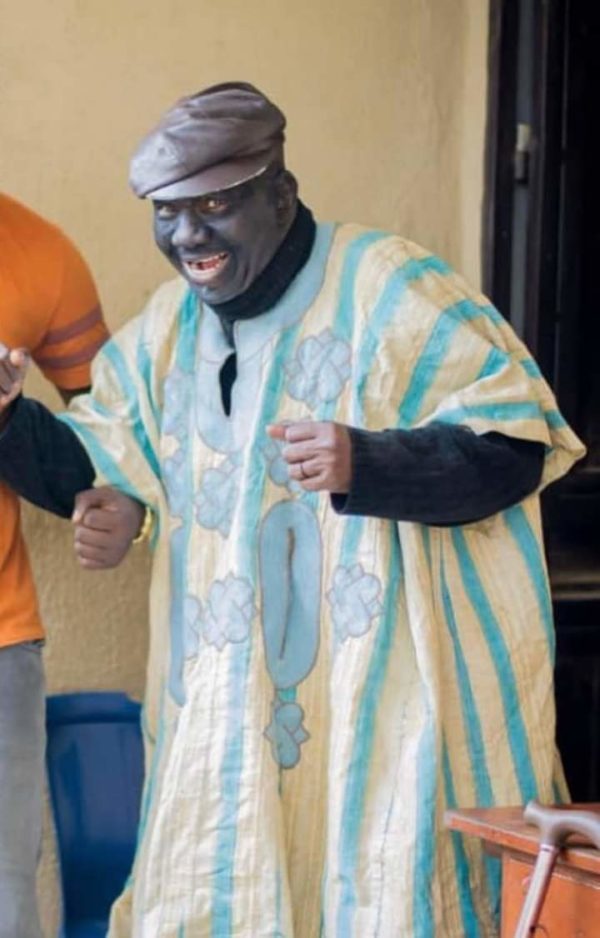 LOSING HIS ‘BEST COMPANION’ AND THE SEARCH FOR LOVE

Speaking with Vanguard, the actor recounted his late wife’s impact on his life and difficulty coping in her absence.

“It has not been easy but life must go on. I believe whatever happens has been pre-ordained. The death of Omoladun was a great loss I cannot get over in this lifetime,” he said.

“She will remain my best companion. She understood me than any other person on planet earth. At times when we quarrel in the house, she would abuse me on set and that would mark the end of the issue.

“There are many people who can take her role but I miss her so much. After her death, I produced ‘Baba Jaiye’ part two and it was a huge success.

“I mean is that I cannot get someone like Omoladun among the actresses again. Her good acting skills is one of the reasons I loved her but I have decided to check else where for love.”

Although the actor later declared his interest to remarry, it remained to be seen if he got married before his death.

Baba Suwe may have died but for years to come, his exploits in the movie industry will remain evergreen in the minds of Nigerians.

Funke Adejumo: You’re a witch if your man’s life doesn’t appreciate after marriage