The state traditional council broke the news in a statement on Friday amid jubilant guests while at his palace in Benin city, Edo state.

According to the statement, the quadruplets are three males and a female. It added that the mother and babies are in excellent health. 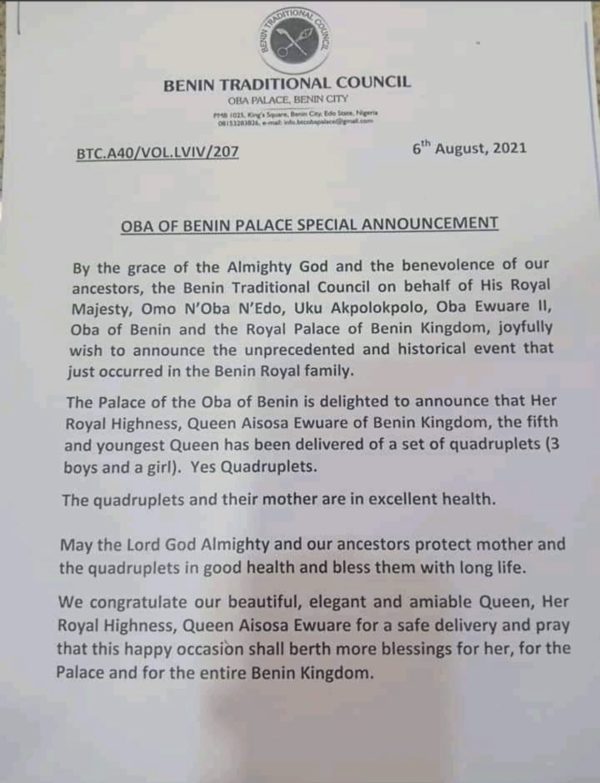 In the statement, the monarch also paid tribute to his creator and the ancestors for the new infants.

Ohen-Osa Igbinoghodua Edebiri, the presiding priest of Holy Aruosa Church, the oldest West African Church, while congratulating the monarch, prayed for wisdom and guidance for the newborns.

It was gathered that a brief ceremony, which followed the announcement, coincided with the visit of the national executives of Immaculate Conception College (ICC), Benin city, which is the alma-mater of the monarch.

The mother of the quadruplets is the youngest among the wives of the traditional ruler.

In May 2020, Oba Ewuare II had welcomed his first infant prince after he ascended the throne of his forebears as the 40th Oba of Benin.

Ebenezer Obey at 80: I am a child of destiny

What to know about Signal — WhatsApp’s rival endorsed by Elon Musk, Jack Dorsey