According to Obaseki, gender parity is not an issue in Nigeria’s film industry as there are many opportunities for women to excel in Nollywood.

The movie director spoke to TheCable Lifestyle on Thursday at an event which Niran Adedokun, a lawyer and author, hosted in conjunction with Pencil Film and Television Institute (PEFTI) in Lagos.

The event was in commemoration of the International Women’s Day.

Obaseki said: “The issue of gender parity actually does not arise in Nollywood. The best filmmakers are women. The first few sets of internationally recognised faces of Nollywood are basically women.

“When you go on television, look at the amount of materials being churned out by the women…they have created a niche for themselves and thrived despite challenges.

“I think that the support structure in Nollywood is tilted towards the women and it is a tilt that is not commonplace.”

Fred Amata, a veteran actor and president, Guild of Nigerian Directors, said: “It is international women’s day and we’re looking at ‘Ladies Calling the Shots’, (a book by Niran Adedokun).

“So, we are looking at the contribution of women to the development and growth of the industry.

“The United Nations set the year 2020 aside for the achievement of gender parity. The first industry that will be able to really achieve that is the film industry. 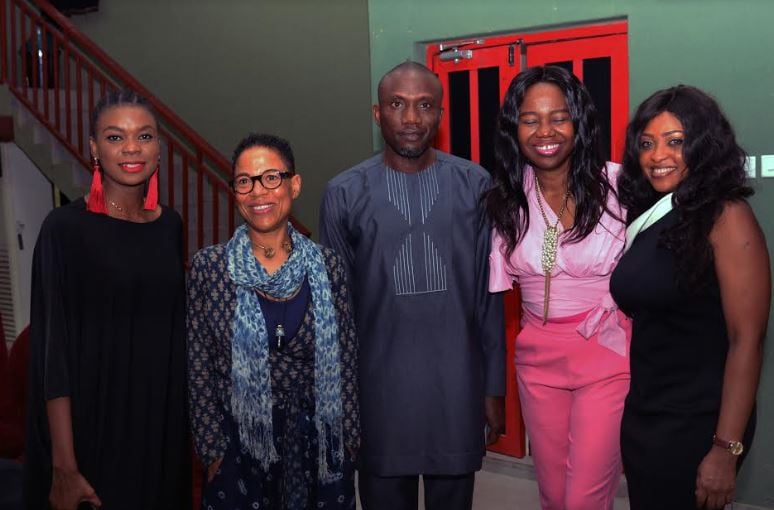 “We believe women are faster than men in any profession and will become at par with men in filmmaking.”

Belinda Yanga, a female director, said although there is gender disparity in other industries “but with Nollywood, it is sort of different. Women are getting things done, which is awesome and amazing.

“But there is so much more that can be done in terms of craft, structure, monopoly and in terms of getting our house in order.”

Speaking in the same vein, Grace Edwin Okon, a female director, said: “Nollywood as an industry evolved in a different manner, in its own form and shape. There were no set rules to anything and it was a level playing field for everybody to come on board. It’s much better today than when we first started.”

Adedokun said the event was organised to build a platform for young ones in the creative industry to key into the experience of successful female directors in the country.

“Young ones today do not have role models that they look up to and so Mr. Wale Adenuga and I thought to use the occasion of the International Women’s Day 2018 to get some of the ladies who have excelled in the business of filmmaking in Nigeria, to speak to, mentor and inspire the younger generation to reach out for greatness in their various fields,” he said.