Kenneth Ize, Austrian-Nigerian fast rising designer, is living his dreams. The 29-year-old dominated headlines at the Parish Fashion Week (PFW) — in what happens to be his debut appearance at the annual event.

The Lagos-born Vienna-raised fashion designer dazzled the crowd on Monday as he walked down the runaway with his colourful ‘fairy godmother’ collection.

Ize was showcasing his collection for the first time at PFW and got the necessary support from Imaan Hammam, who opened the show, and Naomi Campbell, British supermodel, who closed it.

Campbell also caught the eyes of many when she stepped onto the runway in one of the amazing pieces from the collection.

At the end of the show, the British supermodel took to her social media page to laud the Nigerian, describing his appearance at the PFW as a remarkable feat.

“Congratulations @kennethize on your first show in Paris today. I’m so proud of you. Beautiful collection, thank you . For First Time the seasonal collections in Paris have 3 African designers,” she wrote on Instagram.

Congratulations @kennethize on your first show in Paris today 🤍 I’m so proud of you 🙏🏾 Beautiful collection, thank you . For First Time the seasonal collections in Paris have 3 AFRICAN DESIGNERS 💜 #ParisFashionWeek #FW20 🇳🇬🦅#NAOMIAFRICA

Ize also visited the social media platform to share a photo of himself posing with Emmanuel Macron, president of France.

“A beautiful welcome to Paris! Dinner with president Macron in honour of creativity and all the designers showing at Paris Fashion Week. Thank you @emmanuelmacron federation for having me,” he wrote.

A beautiful welcome to Paris! Dinner with president Macron in honour of creativity and all the designers showing at Paris Fashion Week Thank you @emmanuelmacron FHCM for having me #kennethlovesyou #PFW2020 #AW2020 #FW2020

This further stretches what has been a blissful career for the Nigerian in the fashion landscape.

In an interview with Vogue, Ize explained the source of his inspiration for ‘fairy godmother’ collection.

“I tried to reflect back to the time when [my family and I] were in Africa and how things changed all of a sudden when we moved to Europe,” he said.

“My mother stopped wearing African outfits every day, only wearing them on Sundays. On Mondays, she would go to work in corporate clothing and be a completely different person. 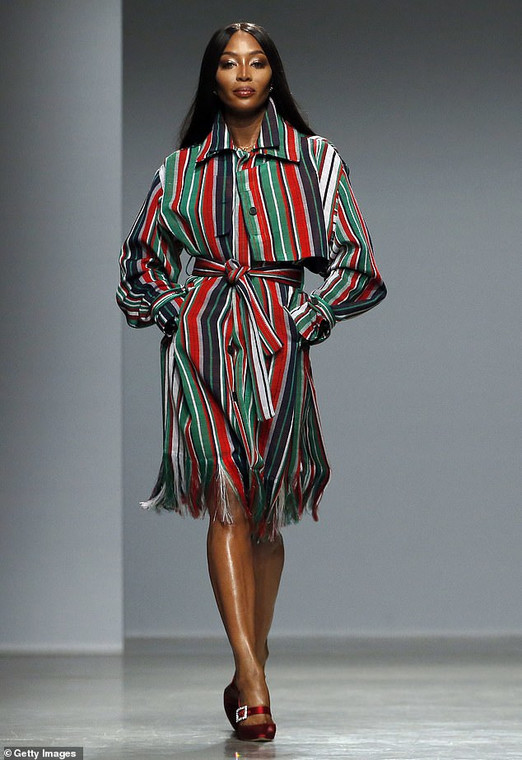 “She was always so looking forward to Sundays because it was the only time she could really express where she was from and her culture.”

Ize is one of the three African designers representing the continent at the event with Thebe Magugu and Imane Ayissi from South Africa and Cameroon respectively making the cut.

MI Abaga: 2baba has the right to demand good governance