Nigerian-American science fiction writer Nnedi Okoroafor has announced she will be working with Marvel on an eight-page comic for its forthcoming Venomverse anthology.

Okorafor revealed this in updates on her Twitter handle.

She wrote, “My 1st story with Marvel, an 8-page comic called Blessing In Disguise, will be in the forthcoming Venomverse anthology. It’s set in Lagos”.

The comic, slated for release in September, will be set in Lagos. It features Ngozi, a character named after Okorafor’s sister.

Ngozi is cast alongside other Marvel characters such as Black Panther, Venom Symbiote, and Rhino.

Okorafor said, “It features a girl named Ngozi (a name that means ‘Blessing’), the Venom symbiote, Black Panther, and the Rhino. Wahala ensues”. 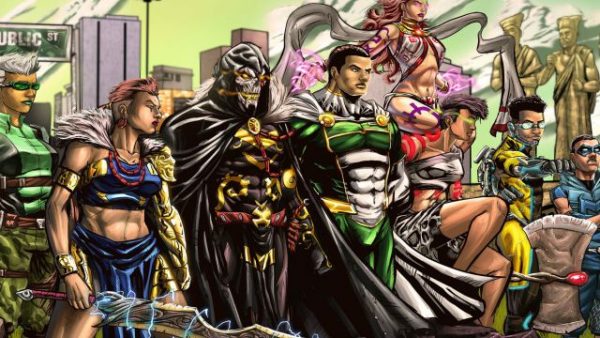 Venomverse parallels 2014/2015’s Spider-Verse and will include “Venomized” versions of comic book characters like Deadpool and Mary Jane.

This is Okorafor first venture into comic books and it is coming barely a month after she announced that her award-winning novel, ‘Who Fears Death,’ will be turned into a series by popular Game of Thrones creator, George R. R. Martin for HBO.

Lagos itself has become a home to a fast growing local comic books niche that is clearly inspired by the legendary works of Marvel and D.C. Comics.

The Venomverse will be accompanied by a one-shot anthology special called Venomverse: War Stories, wherein Okorafor’s tale will debut.

Femi Kuti: I can never be like Fela — no magic can make that happen