Mad About You, Dark Phoenix…10 movies you can see this weekend

Whether as a way to relax, hang out with friends and family, or get a crush to spend time with you, the weekend-movies time is getting increasingly popular among Nigerians.

Cinemas across the country offer a diverse selection of movies. For this weekend, here is a rundown of 10 movies you should consider for your next stop at the cinemas.

Synopsis: Dami is an A-list actor at the peak of his career who is engaged to Kech, a sexy and highly sought after model. Though the duo appears to be a perfect celebrity couple on the surface, their relationship gets threatened with allegations of infidelity and betrayal.

Synopsis: Jean Grey begins to develop incredible powers that corrupt and turn her into a Dark Phoenix. Now the X-Men will have to decide if the life of a team member is worth more than all the people living in the world.

Synopsis: The crypto-zoological agency Monarch faces off against the mighty Godzilla, who collides with his ultimate nemesis, the three-headed King Ghidorah.

Synopsis: A kindhearted street urchin and a power-hungry Grand Vizier vie for a magic lamp that has the power to make their deepest wishes come true.

Synopsis: A child from another world crash-landed on Earth, but instead of becoming a hero to mankind, he proved to be something far more sinister.

Synopsis: Mokalik is a comedy-drama, which follows a day in the life of 11-year-old Jaiye, who is sent by his parents to work at a mechanic workshop for the day— in order to give him a different perspective on life. When his father arrives to take him home; Jaiye has to make up his mind if he wants to return to school or take on his apprenticeship full time.

Synopsis: In this third instalment of the adrenaline-fueled action franchise, skilled assassin John Wick (Keanu Reeves) returns with a $14 million price tag on his head and an army of bounty-hunting killers on his trail.

Synopsis: A couple flies out to a beautiful resort to celebrate their anniversary and birthday of the wife, Omoye. But a surprise meeting with an old flame Tare, brings back memories, feelings and desires that could jeopardize their vacation and indeed their marriage.

Synopsis: A comedy adventure drama that follows the adventure of two young men, Wale and Chike in search of a ‘Gold Statue’ believed to have been a deity inherited. 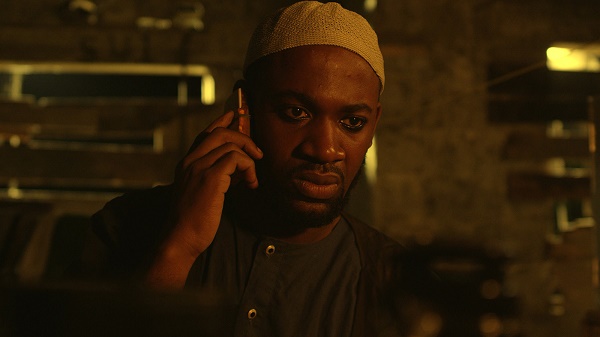 Synopsis: A runaway, teenage, suicide bomber and his newfound ally, a young prostitute, must rely on each other to survive the night while searching for answers to the terrible secrets that made them who they are.

Nigeria may reopen submission after Oscars’ approval of Pidgin English

Zebrudaya: Our TV series suffering because of Telemundo and Zee World