Abdulsalam Kamaldeen, a physically challenged one-time Lagos beggar, has been honoured by the house of representatives for his rare academic feat.

38-year-old Kamaldeen overcame his physical challenge as a crippled beggar to graduate as a lawyer.

Femi Gbajabiamila, leader of the House, on Tuesday called for the recognition of Kamaldeen alongside Aarinola Olaiya during a plenary session in Abuja.

24-year-old Olaiya became the first medical student to graduate with distinction in surgery at the Obafemi Awolowo University, Ile-Ife, since 1989.

The duo received a standing ovation from the lawmakers including Yakubu Dogara, speaker of the house.

Gbajabiamila spoke about the students’ achievement describing them as “Nigerians of humble background who fought all odds to achieve greatness”.

He said: “Kamaldeen, 38, lost his two legs to polio at the tender age of three; lost his mother at the age of four; and started primary school at eight. He started street begging to raise money to buy school uniforms, books and to feed.

“Kamaldeen begged for alms from primary through secondary schools; known on the streets of Lagos as a beggar and slept under the Idumota Bridge for several years before saving money he gathered from commuters to rent a room.

“From street begging, he bought a GCE form in 2002; passed his GCE and JAMB examinations and was subsequently admitted to study Political Science at the University of Lagos.

“He sat for another WAEC and JAMB examinations while preparing for the completion of his first degree in Political Science. In his determination to become a lawyer, Kamaldeen gained admission to study Law at the University of Lagos in 2010. He went to the Nigerian Law School in 2015 and was called to the Nigerian Bar on 30 November 2016.

“His story is amazing, sad, as it is also inspiring. Going through Law School for able-bodied men is tough, let alone for a cripple. Despite the circumstances of his life, he chose to work hard to make a name for himself.

“He did not attempt to go into crime or opt to cross the Mediterranean in the hope to go to Europe.”

Gbajabiamila also commended Olaiya whose successful feat hasn’t been achieved in OAU for over 28 years.

He said: “Miss Aarinola Olaiya, 24, was admitted into the Obafemi Awolowo University, Ile-Ife, Osun State, to study Medicine and Surgery in 2011; she scored an excellent Cumulative Grade Point (CGPA) of 4.74 in her first year.

“The achievement was elusive for a period of 28 years in OAU/Nigerian medicine and community health.”

“The reality of life is that life itself is a competition. No matter your condition, you must compete and compete favourably,” he said. 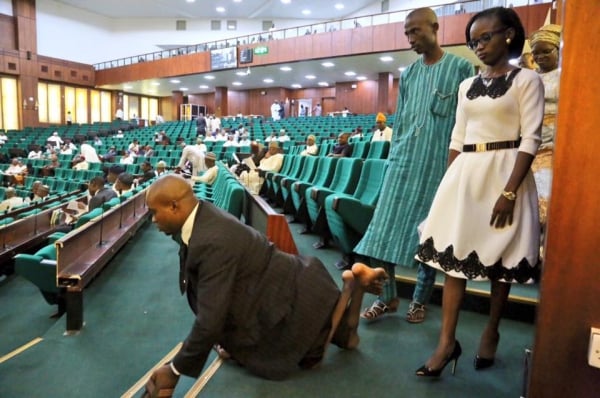 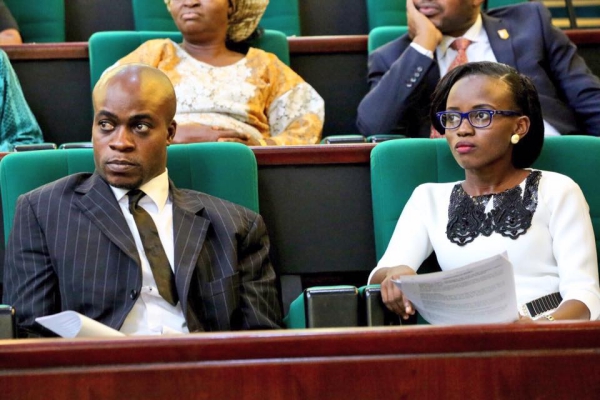 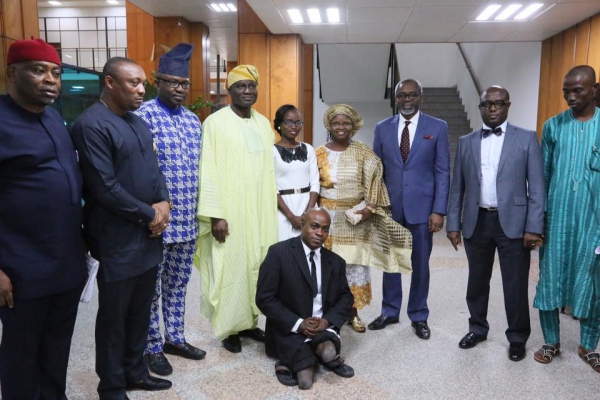 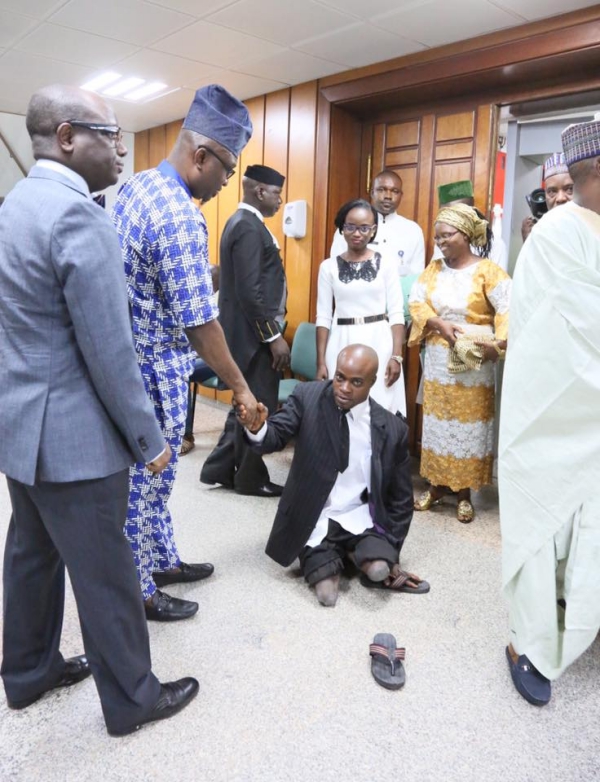 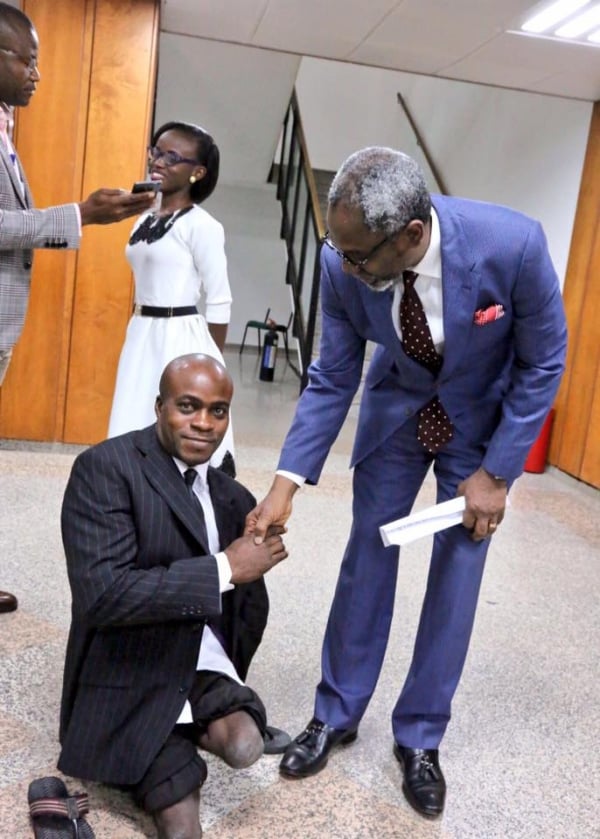 EXTRA: My skin crawled when Trump breathed down my neck, says Hillary Clinton