Justin Dean, the husband of Korra Obidi, has hinted at divorcing the Nigerian dancer — about a week after they welcomed their second child.

He also said “I did my absolute best to make it work.”

“Korra Obidi and I are getting a divorce. It’s over! I won’t be treated this way longer. I did my absolute best to make it work,” he wrote. 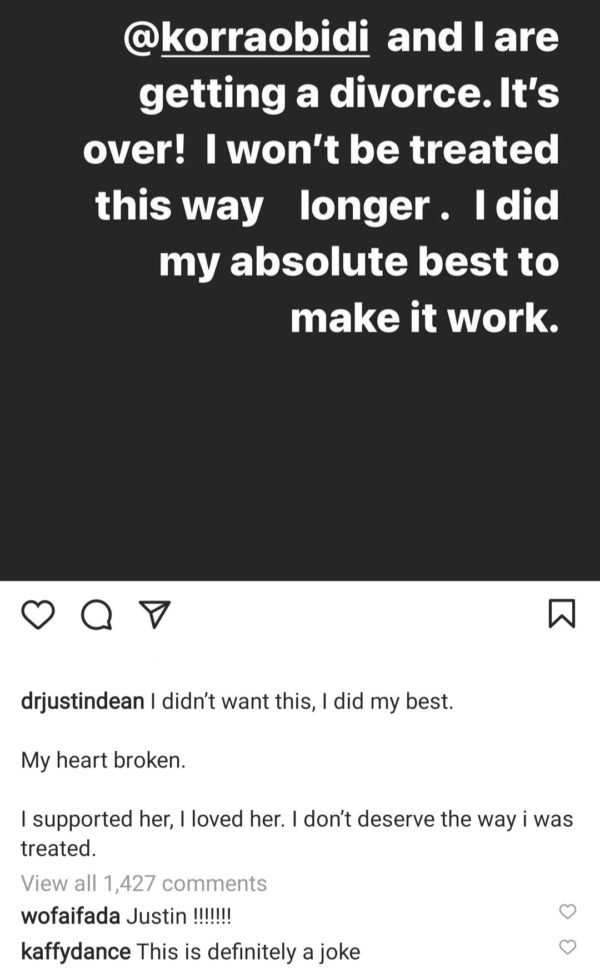 Dean added that he does not deserve the kind of treatment he has received from the entertainer despite his love and support for her.

“I didn’t want this. I did my best. My heart broken. I supported her. I loved her. I don’t deserve the way I was treated,” he added.

It remains to be seen if Dean’s post was for real or a prank.

In a series of follow-up posts via his Instagram stories, the US doctor also addressed his earlier comment on the divorce.

He also aimed a dig at those reacting to his post, saying: “And just like that. Everybody on Facebook stopped being infectious disease experts and became international relations experts.”

The street is the best teacher, says Solid Star

Meghan Markle may give birth to a boy, Chinese soothsayers predict