Kemi Adetiba, the Nigerian filmmaker, has called out an online platform over unauthorised circulation of the newly-released sequel to ‘King of Boys’, her 2018 blockbuster movie.

The project, titled ‘King of Boys: The Return of The King’, debuted exclusively on Netflix as a seven-part series on Friday.

But hours after the movie was released, 9jarocks, an online platform, shared some of the series on its blog.

The post had garnered multiple engagements as many who watched the project illegally took to the comment section of the video to commend the creativity of the film.

Reacting in the comment section, Adetiba slammed the platform for sharing the project without approval and demanded that the film be taken down from the blog.

“Take this down now. All my work and sweat and you guys have the guts to put it for free on your website? This is so unfair. Take this down,” she wrote.

She also rained curses on those who claimed to be supporting her efforts but went ahead to download the film from the unauthorised blog.

“If you’re a true KOB army, you download it but if you’re not, your phone will explode in Jesus name (IJN),” she added.

Similarly, Sola Sobowale, the lead character in the movie, demanded that the series be taken down from the blog while threatening that the platform would crash if its publisher fails to do so.

The movie star wondered why people would download the film illegally when Netflix subscription is “only N1,200.”

“My attention has been brought to this website. Kindly take down this video. I know what I went through when shooting this movie,” she wrote in the comment section of the post.

“It’s a Netflix movie and it’s only N1,200 to subscribe, cheaper than going to a cinema to watch. This website is going to crash if you don’t.”

Amid the backlash, the platform announced that the movie had been taken down while it also apologised for sharing the project.

“Links taken down due to K.O.B threats. Apologies for the inconvenience. Netflix minimum sub is now N1,200,” it wrote. 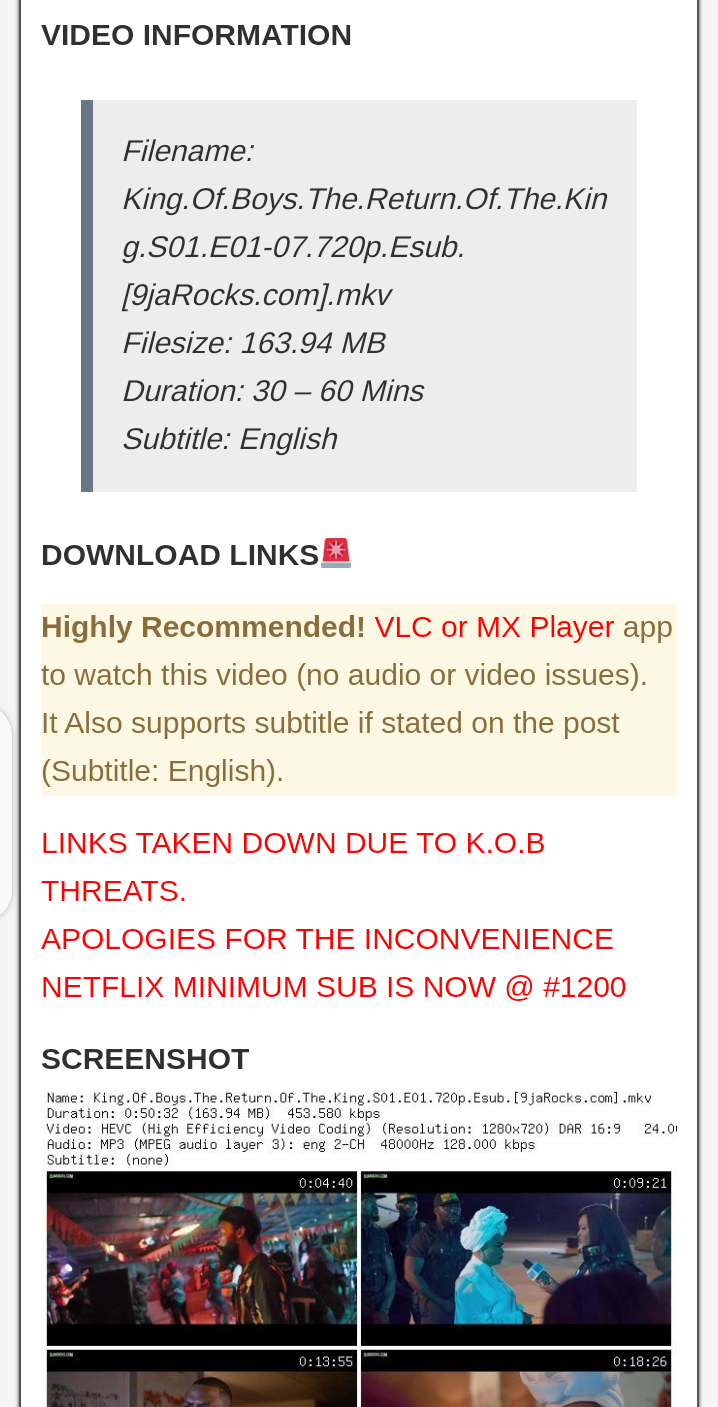 In an earlier Instagram post, Adetiba called on her fans to avoid downloading the series from unauthorised platforms.

“As soldiers you do the movement a disservice if you watch from any other platform other than Netflix,” she wrote.

“If you’re not watching on Netflix, you’re watching illegally. We don’t move like that and it does nothing for our battle.”

Davido: Kizz Daniel knows I did NOT slap his manager

‘I was arrested, locked up for 12 hours’ — Victoria Inyama recounts how ex-husband ‘humiliated’ her