Coronavirus is changing the world. From cancellation, postponement of several activities to adjustments in age-long cultures — including manner of greeting. The effect of the pandemic is all-encompassing.

Yet the killer virus is showing no sign of slowing down, prompting the forced postponement of celebrity weddings across the globe.

TheCable Lifestyle examines some of the celebrities whose weddings have been postponed over concerns arising from the outbreak of the pandemic.

For Katy Perry, American singer and songwriter, seeing herself clad in a white wedding garment with a baby bump, has been a major goal.

Unfortunately, it has become a mission impossible after her wedding to Orlando Bloom, English actor, was recently postponed over coronavirus fears.

The award-winning singer who’s presently pregnant is expected to have put to bed before their white wedding.

Orlando also spoke about the role coronavirus might have played in the postponement of their wedding.

‘I’m not joking when I say that coronavirus might have a play in whether we put things on ice, because we’re going to be traveling and we don’t want anyone to feel uncomfortable,” said the 43-year-old ‘Lord Of The Rings’ star while speaking to The Times UK on Sunday.

The ultimate dream of most lovebirds is walking down the aisle amid thunderous chants from the crowd and warm embraces from families and friends.

But for Emma Stone, American actress, and Dave McCary, US comedian, they may have to wait a while before having a feel of their own wedding.

The lovebirds were said to have kickstarted their relationship in 2017 after a ‘Saturday Night Live’, a show hosted by Stone 2016.

They officially got engaged in December 2019, and were said to have initially fixed their wedding for March.

But, according to Page Six, due to coronavirus fears, their wedding has been postponed indefinitely.

The 31-year-old Oscar-winning actress and McCary, 34, are yet to announce a new date for the big occasion as they watch events unfold.

The thought of having wedding plans suspended for three times may sound a bit awkward, but that’s the case for Princess Beatrice, Queen Elizabeth’s granddaughter, and Eduoardo Mozzi, her fiance.

The lovebirds had fixed their wedding for May 29 at St. James’s Palace in London. 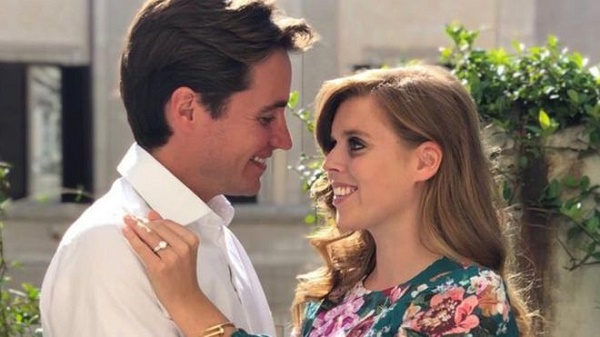 However, the wedding is unlikely to hold following Tuesday’s announcement by Queen Elizabeth that the Buckingham Palace would be cancelling all upcoming garden parties over coronavirus fears.

The BBC quoted a Buckingham Palace spokeswoman as saying the princess is “reviewing” the wedding plans following the threat posed by the coronavirus crisis.

After six years of dating, Liam Gallagher, English singer-songwriter, and Debbie Gwyther, his girlfriend, had planned saying “I do” in July — at a decorated wedding in Italy.

But with Italy — one of the worst hit countries by the COVID-19 currently under lock down — the couple are reportedly having a rethink while they have temporarily suspended their wedding.

AND THEN WE HAVE THE EXTRA!

Dennis Quiad, American actor, is also among the bandwagon of celebrities who have had their wedding postponed over coronavirus. 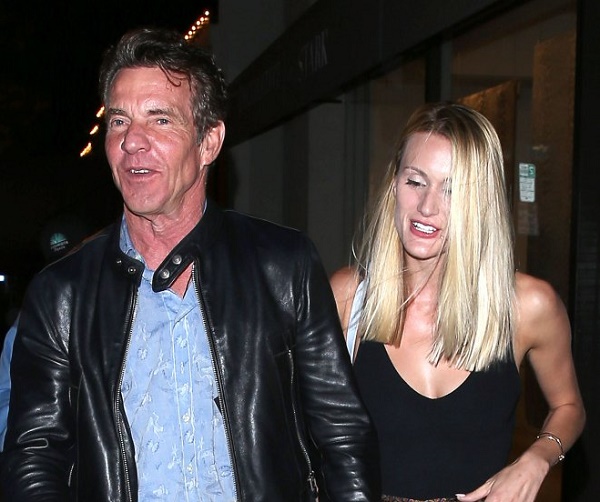 After enduring a tumultuous Hollywood career for several issues associated with cocaine addiction ‘The Parent Trap’ star craved a fresh breathe to life with wedding to Luara Savoie, his fiancée.

But their much-awaited nuptial has been put on a hold, though the couple claimed in a interview with US Weekly that the delay was due to “travel issues” not coronavirus.

Louisa Lytton, English actress and dancer, has expressed fears that coronavirus shutdown will force her to cancel her wedding.

The actress, 31, took to Instagram on Wednesday night to answer questions from her fans as she isolated in her flat with her fiance.

“I’m going to learn a language and continue to plan my wedding and keep praying it’s going ahead,” she said.

Then asked if the wedding was going ahead, she replied: “Yeah, I mean, please please please, let it be. It’s not for a little while so I think we’re going to be all right. Scary times.”

There have been over 220,000 confirmed cases of the virus worldwide with at least 8,500 deaths across 176 countries, since it broke out in December 2019, in Wuhan, China.

‘Fraud’: Odunlade, Toyin Abraham under fire as customers call out Revolution Plus