REVIEW: Hope is a scarce commodity in Ema Edosio’s ‘Kasala’

The premise of her film is simple and one any young man who once had an auto fixation will recognize. It is a buddy movie and laugh-out-loud comedy which manages not to slip, as Nollywood films are wont, into slapstick. The main characters undergo remarkable emotional growth even though all of the action happens in one day over the course of 6 hours.

TJ, a young man who fancies himself a music star in the making is eager to up his swag and so borrows his uncle’s car without his permission. He picks up three other neighbourhood friends  – Abraham, Effiong and Chikodili – and they head to a party after a quick lunch at Shalewa’s, TJ’s love interest. 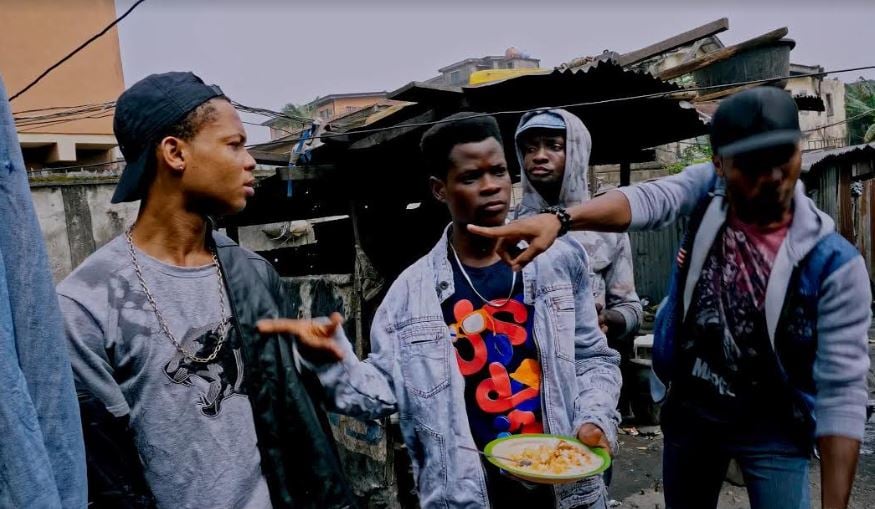 They arrive the party in style but while his friends are dancing, Abraham steals TJ’s car keys and goes out ostensibly to move the car. He turns on the ignition, steps on the accelerator and changes their lives in an irrevocable manner.

Kasala is set in Lagos and plays out in the warren of streets around Ojuelegba and Nathan street in Surulere. It is a realistic and gritty film, one that does not shy away from the grime and the stench. The ghetto is up front and center in all its tainted glory.

But far from being an exploitative film which milks the deprivation of the poor for quick gains, the film actually has heart and a soul. It is a love song composed to Lagos and the denizens of the ghettos that dot the city.

TJ aka Starboy, Chikodili aka Effiko, Abraham aka Ode and Effiong aka Hustler are symbols of Nigeria’s young. Drawn from different tribes Yoruba, Igbo, Edo and Efik, they represent all the rage and deprivation and lack that confront their peers on a daily basis. Their stories are symptomatic of the anomie that beclouds the nation. TJ is an apprentice meat seller with dreams of a music career. Effiong has a dying father and prayer warrior sister but spends his days earning money by doing odd jobs. Chikodili’s mother has fled the homestead and left him and his father to take care of his eight siblings. Abraham hides a shameful secret and is seen as having “no talent.” 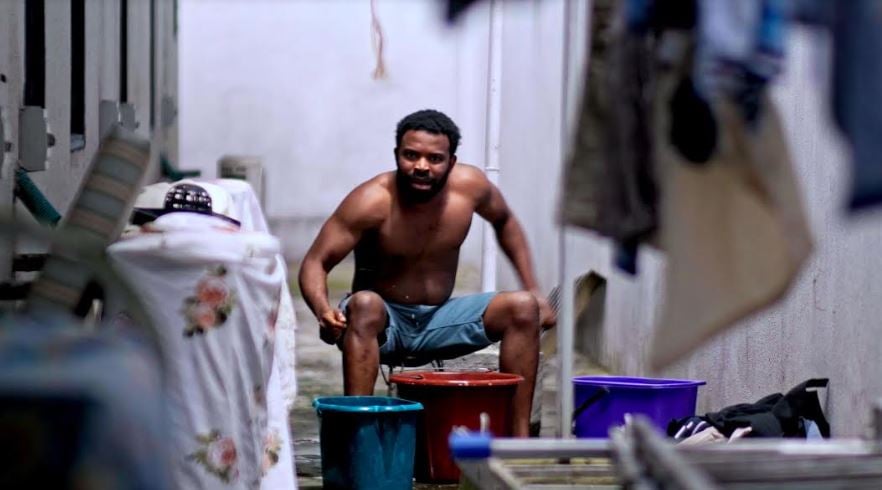 ‘Talent’ is important to Kasala because it is a portmanteau word loaded with significance. It is a metaphor for ambition, resilience, resourcefulness and grit. The core of the film is captured at the moment when TJ looks at his friends and says  – “we raise 10k in 6 hours, if that no be talent wetin e be.”

The simple message is that when pushed to the wall, the Nigerian youth can be amazingly resourceful. These are not “lazy Nigerian youths” by any stretch of the imagination.

But these are young men at the end of their tether. Their lives have hit a cul de sac. They are at a dead end and their only escape lies in dreams of what may never bud. Education is out so all that remains ahead is a bleak tunnel with faint glimmers of light.

There is something perilously Sisyphean in their exertions. Watching them push the damaged car for hours across Lagos streets, one is reminded of the hapless Sisyphus pushing that boulder up the hill ad infinitum. Hope is a scarce commodity in the kingdom of Kasala but these are young men who refuse to bow to the cruel blows of fate and circumstance. They are athletes in an Invictus game all their own. Bludgeoned and bloodied and scarred they persist, insisting on confronting life on their own terms. 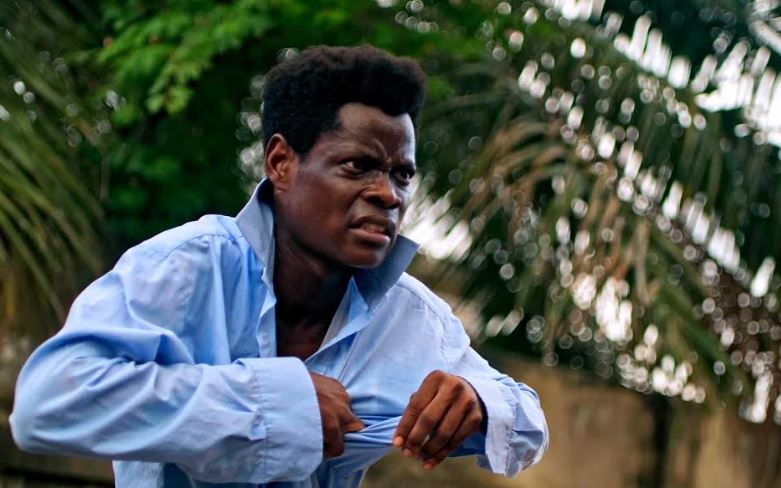 Kasala does not aspire to the sentimental. It also eschews tacky proselytizing. Kasala is not glossy and neither is it glamorous. It is a bare-knuckle tale that forces you to confront the reality of our existence. In Kasala, Nigeria’s murky underbelly is laid bare and the sight that confronts us is not pretty.

But Kasala has bits that raise questions: where did Effiong get that sky blue shirt he wears after his jacket has been stolen and what kind of party begins so early in the day? Well, the party had to start early so we can have a stretch of 6 hours before dark. But I am just being pedantic.

Ema Edosio has given us a film that is eerily similar to “Confusion Na Wa” and “Green White Green”, two films that plumb the very depths of Nigeria’s miasma. The three auteurs, Kenneth Gyang, Abba Makama and Ema Edosio are becoming harbingers of a brand new Nollywood ethos. They are telling stories that reflect a Nigeria that many young people can connect with. Their stories are critical examinations of what it means to be young and Nigerian and hopeless.

Nodash’s ‘The Delivery Boy’ to represent Nigeria at PAFF 2020