Justice League, Celebrity Marriage…10 movies you should see this weekend

Synopsis: Fueled by his restored faith in humanity and inspired by Superman’s selfless act, Bruce Wayne enlists the help of his newfound ally, Diana Prince, to face an even greater enemy.

Synopsis: Celebrity Marriage,” is a comedy based on Nigerian celebrity couples: Toyin Aimakhu is a celebrity, who is a victim of domestic violence, while Tonto Dikeh is a newly-wed under pressure to get pregnant.

Synopsis: The name bridge of no return is a very popular place in the Southern Nigeria. In the early 18 century, A young princess Eme (Ruth Kadiri) left her father, king Nyong Essien of Uruan kingdom (Zack Orji) to go out in search of her lover Esu who was kidnapped and sold into slavery by her suitor, a prince of Greek town(: Moses Armstrong ) this led to the 18 century war between Greek and Uruan kingdom. Esu was taken to the bridge of no return, he was about been shipped with others slaves to Europe. Africa’s vast population meant nothing in a sweeping rage of slavery… At the bridge no single soul returned, except one.

Synopsis: A lavish train ride unfolds into a stylish & suspenseful mystery. From the novel by Agatha Christie, Murder on the Orient Express tells of thirteen stranded strangers & one man’s race to solve the puzzle before the murderer strikes again.

Synopsis: Against all odds, a young boy, from the devastatingly poor fishing slums of Lagos is determined to pursue the dreams of his brother who is murdered. With no support, but with focus, commitment, hard work, reliance on God and good moral judgment, how far does he go?

Synopsis: A wife unable to conceive after a failed artificial insemination soon finds out her husband is having a baby with the wife of the neighbor, she tries to convince her husband to use his lawyer status to get custody of the child.

Synopsis: Imprisoned, the mighty Thor finds himself in a lethal gladiatorial contest against the Hulk, his former ally. Thor must fight for survival and race against time to prevent the all-powerful Hela from destroying his home and the Asgardian civilization. 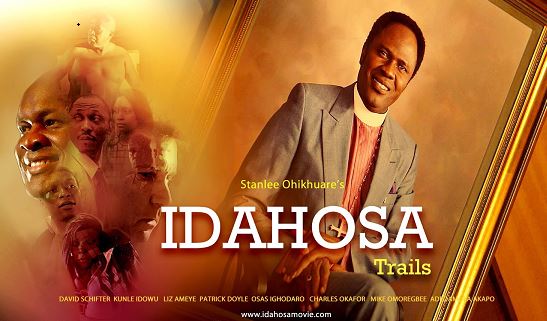 Synopsis: An inglorious British journalist sets out to interview a deceased Preacher. Thomas Book Jnr. is on a journey to the ancient city of Benin in Nigeria. He set out to make an investigative documentary on the secret rites performed during the coronation of a new king (Oba).

Synopsis: An illiterate village man with his family are headed to a church summit but their car breaks down, they have no choice but to stay with an unlikely and unfriendly but wealthy/sophisticated family member; with the comfort they experience, will they ever leave their family member’s home to go to their summit or back to the village?

Synopsis: When their headquarters are destroyed and the world is held hostage, the Kingsman’s journey leads them to the discovery of an allied spy organization in the US. These two elite secret organizations must band together to defeat a common enemy.

Synopsis: A dark force threatens Ponyville, and the Mane 6 embark on an unforgettable journey beyond Equestria where they meet new friends and exciting challenges on a quest to use the magic of friendship to save their home.

Lotanna, Gold… 10 movies you should see this weekend