Jim Iyke, the Nigerian actor, has teamed up with Moses Inwang, Nollywood director, for ‘Bad Comments’, his debut film as an executive producer.

The film, which will center on the life of celebrities and how their careers can be at the mercy of propaganda circulated by social media trolls, recently had its screening in Lagos.

“Bad Comments!!!!!! Have you ever wondered what impact your comment has?” Iyke had asked back in May, adding that “Bad Comments, It’s more than just leaving your opinion on people’s post.”

The 44-year-old award-winning actor also disclosed that the movie will be released in cinemas across Nigeria from August 27. 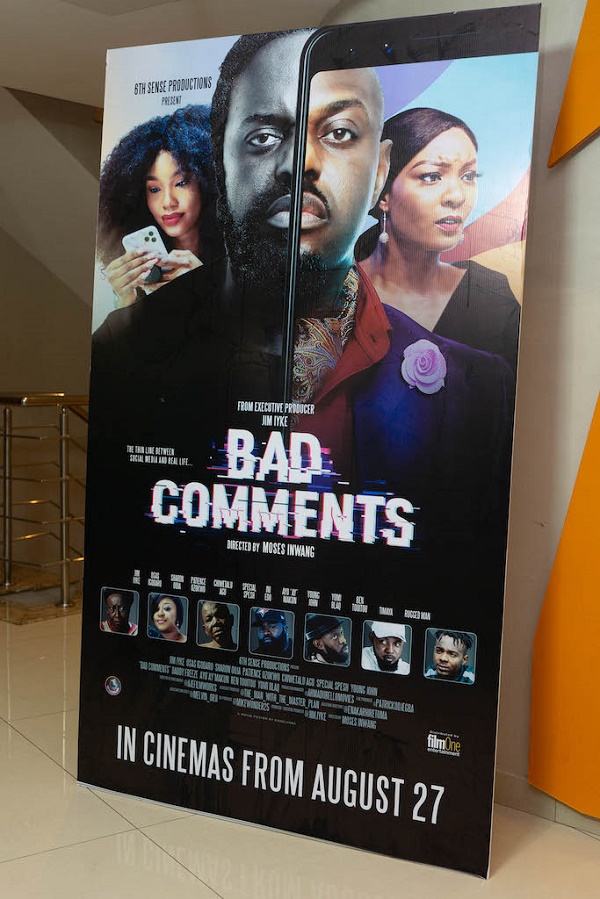 Bad Comments is a fast-paced fusion of drama and thriller, with a blend of momentary comedic relief.

Inspired by true-life events, it mirrors the life of celebrities and how their careers can be at the mercy of propaganda circulated by social media trolls.

The film reveals an uncommon plot twist, potent enough to provoke ecstatic reactions from an audience, considering its effect during the press screening.

He kickstarted Untamed Productions, a movie production company, in 2007 and then ‘Untamed Records, his own music record label, thereafter.

PHOTOS: Best and worst dressed celebrities at the 2020 Golden Globes

Bad Comments, The Other Side, Shang-Chi… 10 movies to watch this weekend

WATCH: In ‘Tears of a Broken Virgin’, BBNaija’s Ifu reveals how she was raped