Jidenna: I took a class in the US to speak Igbo more fluently

Jidenna Theodore Mobisson, Nigerian hip hop artist based in the United States, has said one of his goals is to be fluent in Igbo.

The Classic Man, as he is fondly known, said he once took a class in the US to get a good grip of the language.

Jidenna made this known on Wednesday while addressing journalists at the Heineken Live Your Music press briefing in Lagos. 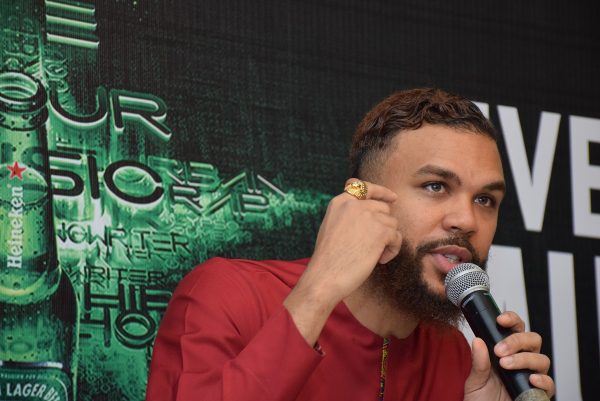 “I speak Igbo a little but not the way I wish. I actually took a class when I was in the US to speak more fluently and Aunty Ifeoma, God bless her, was just excited that we were there and she went so slow that at the end of the semester, we didn’t get anywhere,” he said.

“One of my goals is to be fluent so I actually hired a teacher recently to Skype with me so I can learn on the road so hopefully one year from now, I’ll be much more fluent than I am now.”

The 32-year-old singer said he does not have a sound of his own yet.

According to Jidenna, his sound, a combination of his “favourite” genres, is still evolving. 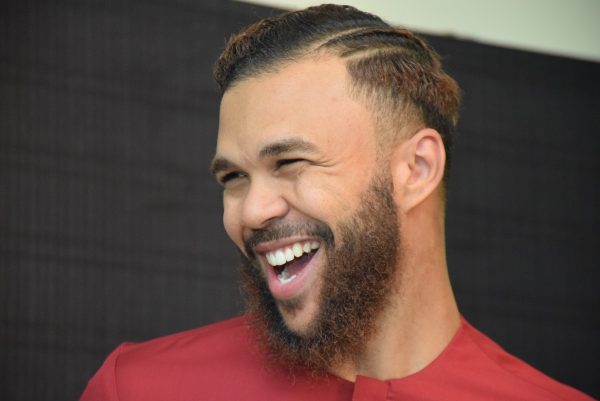 “I still don’t think that the music I have released thus far is the artiste in me, I mean it’s not my sound yet. I have not crafted it,” he said.

“I’m  so excited about the new album I’m working on, it combines all my favourite music; juju, reggae, dancehall, highlife, soul, R&B, hip-hop.

“My foundation was in hip-hop but influenced by other sounds. When I was growing up in Nigeria, Bob Marley was like the biggest god so him and Fela were my biggest heroes when I was a kid.

“I stir all that together and try to make music but I don’t think it has all that at the same time but now I have figured out the formula.

“I listen to a lot of highlife of the late 60s and early 70s. Juju music, Sunny Ade, Sunny Okosun and then the newer people from Wizkid, Tiwa, Tekno to Sarkodie.”

‘Marry me first, then get the goods’— BBNaija’s Uriel speaks on not having sex for 3 years

‘You saw nothing else to protest about but Bobrisky? — NYCN provokes outrage on Twitter

‘Davido is the Odogwu, calm down with your arrogance’ — Eedris Abdulkareem hits Burna Boy

Toyin Lawani: I ask for N2m before going on dates