DJ Khaled, the American disc jockey, has received the 719th star in the music recording category of the Hollywood Walk of Fame.

The record producer was honoured with the star on Monday, in the presence of industry friends and collaborators including Jay-Z and Diddy, Fat Joe, Teyana Taylor, Jeezy and N.O.R.E.

According to Variety, after receiving the award, the record executive said though he wasn’t taken seriously when he started out in the industry, he’s turned his fortunes around, adding that he’s just getting started.

“They didn’t believe in us, but God did. There’s only one Khaled, that’s all I gotta say,” he said.

“And I just want to make it super clear, we are just getting started, anything you’ve seen me do before, just imagine that to the most trillionth power ever cause I’m not stopping, I’m making more music.” 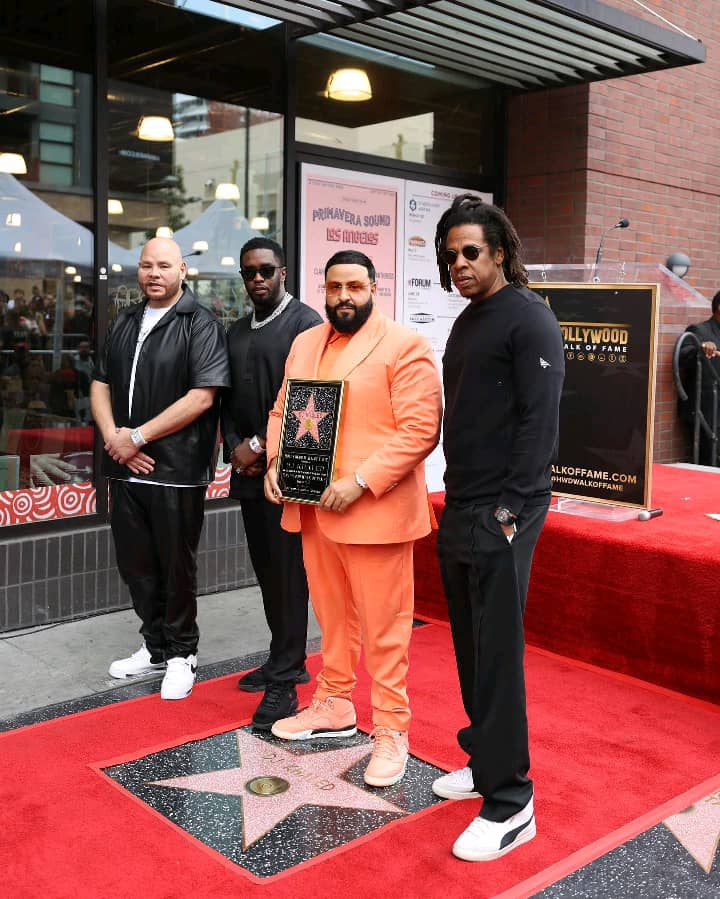 Diddy, whose real name is Sean Combs, described Khaled as a pioneer and music icon whose work ethic is unmatched.

“You are the definition of, if you wanna make something happen, you gotta put in that work and make it happen,” he said.

“I remember that day when you told me, ‘They don’t believe me, Puff.’ I was like ‘Khaled, what are you talking about? You’re doing great, you’re the vice president of A&R.’ And you were said, ‘But they don’t believe me.’ I remember from that day, you worked all the way up. You’re a pioneer; you’re an icon and a brilliant businessman.

“But most importantly, you’re a great friend to all of us here, a great father, a great husband, and one of the greatest people I’ve ever met. Your energy and your work ethic is unmatched, we celebrate you for everything.”

Fat Joe said the ‘We The Best’ originator has incomparable ears for music, adding that his energy is infectious.

“In hip-hop, for a long time, we haven’t really embraced fatherhood. Nobody has done it like Khaled. And music-wise, there’s nobody with a greater ear.”

Davido arrives Boston for US tour… 24 hours after NYSC registration