INTERVIEW: We shot ‘The Milkmaid’ to shine the spotlight on victims of insurgency, says Desmond Ovbiagele

The Boko Haram insurgency in the north-eastern part of Nigeria has continued to generate concerns in several quarters within and outside the country. The recent killing of 45 farmers in Zamarmari area of Jere local government area of Borno state — which Abubakar Shekau, leader of the Boko Haram sect, came out to say was 78 farmers while claiming responsibility for the massacre — is indicative of how deadly the sect has become.

But while the war against insurgency across the world continues to attract the attention of filmmakers, Desmond Ovbiagele, a film director, craved something different: “to explore the complexities of insurgency through the experiences and motivations of the victims — most especially women and children.” This, he said, inspired ‘The Milkmaid’, a movie detailing the psychological ordeals of victims of insurgency in northern Nigeria.

“When I set out to make ‘The Milkmaid’, there were a number of approaches that I could have taken in realising the story. It could easily have been an action film, just based on the physical confrontation between soldiers and the insurgents but I was more interested in exploring the mindset of both the victims and the extremists,” he told TheCable Lifestyle. 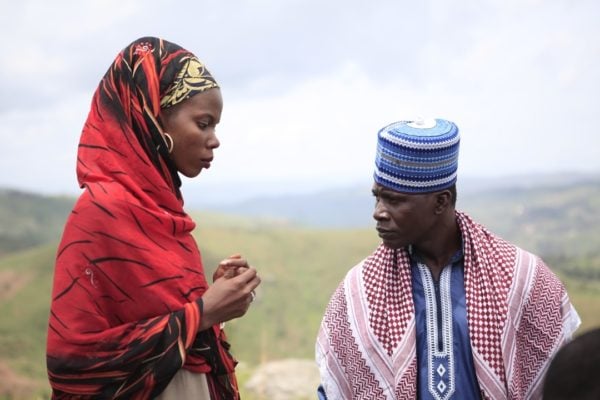 Since its release, the movie has continued to pull the strings and recently snagged eight nominations including ‘Best Film’, ‘Best Film in an African Language’, ‘Achievement in Makeup’, and ‘Achievement in Cinematography’ categories ahead of the 2020 edition of the Africa Movie Academy Awards (AMAA) billed for December 20.

In this interview with TheCable Lifestyle, Desmond Ovbiagele, the movie’s producer and director, talks about the motivation behind the project, challenges, nomination for AMAA and expectations in the coming months.

What informed the choice of the movie’s title ‘The Milkmaid’?

The story itself was inspired by the two Fulani milkmaids depicted at the back of the Nigerian N10 note. So, it was a very natural choice to title the film ‘The ‘Milkmaid’ because the two main characters are two Fulani milkmaids. That was a fairly easy decision for us.

There have been few other works done on the Boko Haram war. What fresh perspective did you set out to explore in ‘The Milkmaid’?

When I set out to make ‘The Milkmaid’, there were a number of approaches that I could have taken in realising the story. It could easily have been an action film, just based on the physical confrontation between soldiers and the insurgents but I was more interested in exploring the mindset of both the victims and the extremists.

I really wanted to dive into the motivations for the actions of the people involved in the theatre of conflict and try to portray exactly, the processes that they went through and the emotions they experienced as their lives played out in this very dangerous situation that they find themselves in. So, in terms of the approach, I was hoping that ‘The Milkmaid’ could shed some light on the motivations of the various actors in the theatre of conflict and that is what we sought to portray in the movie.

Can you tell us about some things you discovered about the Boko Haram insurgency in northern Nigeria while working on this project? 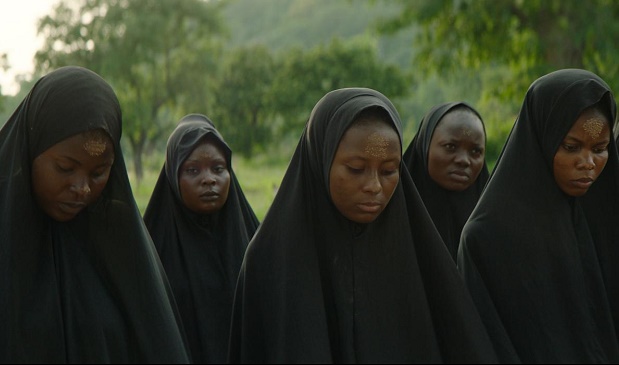 One of the most significant things that we realised when putting the film together through research was that there is not a wider distance existing between the perpetrators and the victims in the insurgency scenario. Many of the perpetrators actually started out as victims and in the processing of becoming victims, somewhere along the line, they crossed and transitioned to becoming perpetrators through the process of indoctrination and brainwashing. This is one of the elements that we seek to bring out in ‘The Milkmaid’ — that it is not a black and white situation and there is no one who is completely bad or good. Under the right or wrong circumstances, however, you may see it, anybody can be led into doing things that they will not normally do in their normal lives. But under such circumstances, actions which would have been considered impossible in a normal situation now become possible because of certain unique elements that make those actions more acceptable in that environment.

So, right from the beginning, in terms of translating the script from English to Hausa, Fulfulde and Arabic; there was a lot of work that has to go into preparing the film for principal photography. In addition to that, we had to get the right actors and actresses to portray the characters of the story and we just had to get and immerse the viewers of the film in the local of the story – the location, culture, language and mindset of the characters. So, all that had to be done through acting, costumes and makeup, production design as well as cinematography and we didn’t do it in a location we could substitute for the north – whether in the southwest or east.

We had to go to Taraba state to shoot the film so we were directly in the theatre of conflict in the northeast, Nigeria. We shot the movie for over three months. That was quite a challenging experience, having to go through that. But our approach was to try and do it with as much honesty as possible which itself posed a challenge because that means we needed to be as authentic as possible in every element of the production.  But at the end of the day, we consider it worthwhile. For instance, shooting in Taraba state in itself was a privilege. The state, in my opinion, contains one of the most spectacular landscapes available anywhere in Nigeria, although it was a challenge logistically to access these locations. For instance, Mambila Plateau where we shot some portions of the film is a seven-hour journey just within Taraba itself from the state capital and we had to carry the entire cast and crew there with heavy equipment. So, that was a challenge. But at the end of the day, the shots we were able to get and the scenes we staged there were worth the efforts that were expended into accomplishing that.

The movie and some of its actors including you just got nominated in different categories of the 2020 AMAA… what’s the feeling like?

Well, I believe anytime that noteworthy professionals in one’s industry acknowledge the efforts that one has made through a project, that is always very encouraging. We are certainly gratified and appreciative of the nominations we recently received at the 2020 AMAA which is the most prestigious award in Africa. Being given the opportunity to compete so to speak for awards with the best-ranking films throughout the continent is very important to us. That acknowledgment and recognition are quite rewarding considering the efforts the cast and crew put into the film. It is indeed very encouraging and we really like to use that as a stimulus to even reach for greater heights of performance and endeavour in future projects. It’s really encouraging and we are very grateful for the recognition from AMAA. 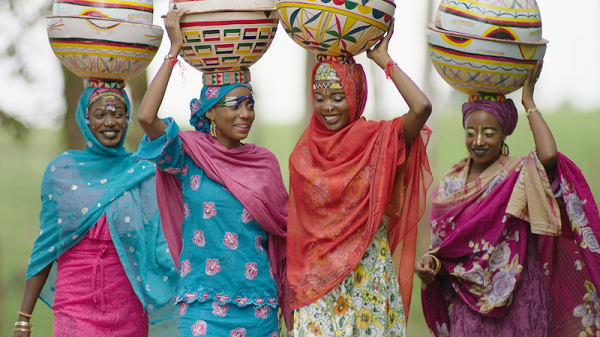 Tell us your expectations for the movie in the coming months

Well, our intention was to make the movie available for people around the world. In the next few months, we are looking at doing a wide release in Nigeria. Also, we are looking for opportunities to have theatrical releases in various African countries and beyond the continent to Europe, North America, Asia and Middle East. So, the idea really was to showcase our story as Nigerians, as Africans to a global audience and we will continue to pursue that in the next few months. We are also looking at alternative forms of distribution via streaming platforms and Video on Demand (VoD).

Hisbah: We arrested 78 youths for ‘illicit acts’ — not same-sex marriages

Movies like Black Panther ‘will soon be made in Nigeria’

Five tips to help you stick to your new year resolutions