Amid bouts of advocacy and the modelling gigs that had her strut onto runways in exquisite outfits, Nomzamo Mbatha had a pretty clear picture of where she was headed. What she, however, failed to foresee was that the young KwaMashu woman that she is would, in no time, jet out of South Africa to rub shoulders on film sets with globally revered actors and icons in Hollywood.

Moving to Los Angeles in the United States, she had auditioned for several movies in 2019 to better her chances and further pursue her long-overdue quest of cracking into the international movie market. But Nomzamo, 30, was back in SA when she was later informed that her bid to land a role in ‘Coming 2 America‘ had clicked. She got 72 hours to return and finalise paperwork and, soon, joined Tracy Morgan, Eddy Murphy, and Wesley Snipes for the big shoot. 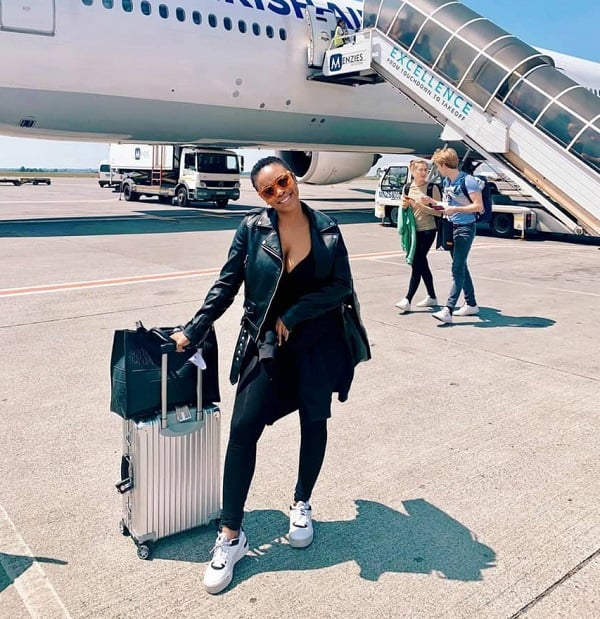 “I definitely cried when I heard I got a part after auditioning many times,” Mbatha told TheCable Lifestyle after a virtual screening of the movie. “You get to set and there’s Tracy Morgan. He’s playing music and they’re dancing. We interacted with and celebrated each other. There’s Arsenio Hall, Wesley Snipes, Eddy Murphy, Leslie Jones, John Amos coming to set. I was like, ‘I’m surrounded by Hollywood royalties. This cannot be happening to me!’

“It was an out-of-body experience that I will never forget. Every day was so much fun; it was a party on set. Arsenio would wait for Craig Brewer to call ‘action’ but he whispers a joke. We laugh and Craig screams ‘What is going on!’”

For a project released in 1988, the prequel to ‘Coming 2 America’ was more than a movie. It had long been a classic that evoked feelings of esteem and massaged ego among people of colour, following that it came at a time when the race and identity controversy had abounded. Doing a remake after 30 years would, no doubt, demand that lots of attention be paid to standards. Its sequel should be able to signal evolvement while, at the same time, not ruin the storyline. 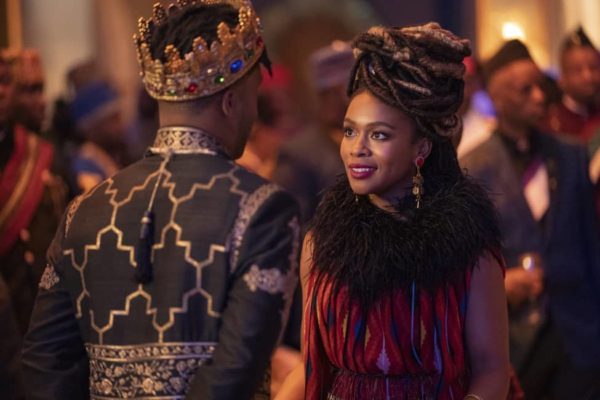 Mbatha was not yet born when ‘Coming To America’ debuted. The 1988 romantic comedy franchise had spun off two films alongside foreign remakes coupled with a singular TV pilot. It followed the story of Prince Akeem (Murphy) of Zamunda, a rich African nation, seeking a wife who would love him despite his title. Ditching an arranged marriage, Akeem would flee to Queens in the US flanked by Semmi (Arsenio), his pernickety confidante, to find his queen.

He disguises himself as a foreign student working in fast food; romances Lisa (Shari Headley) but grapples with disclosing his true identity to her as well as his marital intentions to his king father (James Earl Jones). Since the film debuted, the demography for its original actors has changed. But its 2021 remake now unveils a league of new stars. In ‘Coming 2 America’, newly-crowned King Akeem returns to Queens in search of his son to take his place as prince.

It’s in this sequel Mbatha comes into the picture. She plays Mirembe, a royal groomer to Lavelle, Akeem’s new-found “bastard” son. Intuitive and ambitious, the Zamundan lady taps into the story so that her attributes and values open up a refined world for the prince and helps him chart out a course amid his quest to make sense of his royal status. For Mbatha, partaking in a film she once relished as a teenager came with lots of expectations. And she was up for it. 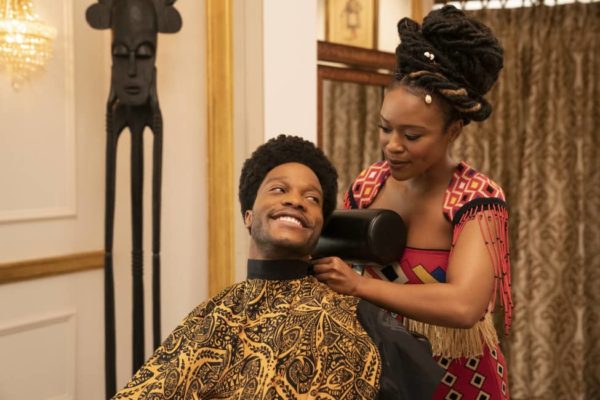 “The prequel is older than me. My earliest memory of it, I must have been eight or nine years old. My dad had the VHS so he played it in the house over time. Once I hit my teenage years and watched the movie, I was like ‘Yeah, I shouldn’t have seen this at eight!’ The film has always been a classic and one of my top-five films. My first earliest memory of the movie was just seeing the gowns, the palace, funnies, and the falling in love scenes,” she explained.

“Seeing black people in the most royal way on TV was pleasing. I knew the movie meant a lot to people. It’s a classic that has existed for 30 years. I obviously wanted to bring my essence. I didn’t look at it as though I had to emulate what had been done before. We’re talking about the experience of a young Zamundan woman. It was a chance for me to introduce something new. Anyone who knows me knows I’m an African woman through and through.

“I knew I was going to be able to bring about an amalgamation of the new African woman, the nuanced African woman. So there were certain essences and nuances I knew I would be able to offer and bring to the character.”

Pointing out the striking disparity between both movies and the influence of the times on the storyline, Mbatha added: “There’s a female power in this one that I find is very particular. It’s one of the central themes of the film I’m very excited about. A lot of female empowerment and the voice of the female is very distinct. It’s so hilarious. There’s a lot of cameos than the original. The music is unifying. I just can’t wait for viewers to experience it themselves. 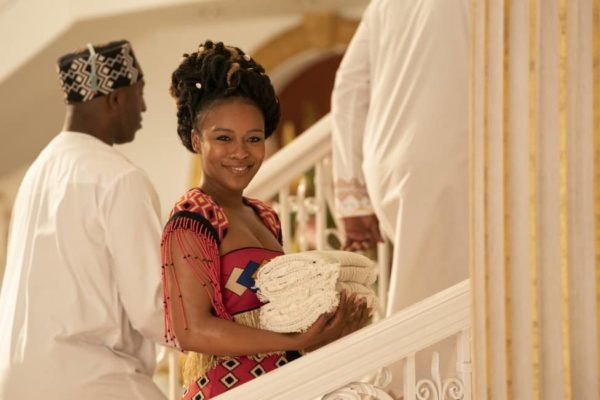 “A lot of people have stated it is a befitting sequel. People are loving it. Movie critics who have watched it are giving it reviews, so that’s awesome. I hope it’ll do well! Stephen, you make a film and put your all into it. You hope people receive it well and enjoy it as much as you did when making it and acting. It is a great unifier. The world has gone through a lot and we’re all going through a heavy period in time. I think this film is the global reunion we all need.”

Mbatha had hit the limelight in 2012 after she emerged as one of the three finalists in the year’s MTV Base VJ Search. She became known for her role in the ‘Isibaya’ soap opera — a position she left in 2020. Brought up in KwaMashu Township situated 21 kilometres northwest of Durban in SA, she would quickly become a top actress in her country.

As a kid, Mbatha modelled at beauty pageants even though Skuta Nxumalo, her late dad, wasn’t enthusiastic about it.

She was enrolled at Sihlezi Primary School and later attended Bechet High School. She thereafter attended the University of Cape Town, where she got a degree in Bachelor of Commerce with a speciality in accounting, graduating in 2018. All that time, Mbatha’s acting skills had grown immensely, a feat that had led her to play in the soap operas ‘Tell Me Sweet Something’ and ‘Umlilo’ in 2015. She landed a gig the same year to host ‘Holiday Swap’, a reality travel show. 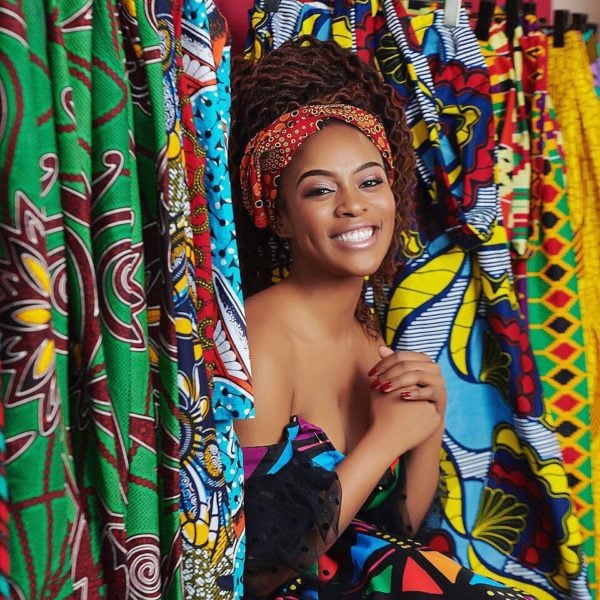 Mbatha’s growing influence in the acting scene earned her a place in other movies including ‘The Jakes Are Missing’ (2015) and ‘All About Love’ (2017). These gigs also saw her brush shoulders with some of the prominent celebrities in Hollywood including Taraji Henson of 2018’s ‘Acrimony’, Terrence Jenkins, Tiffany Haddish, and Ryan Destiny. The South African movie star now looks to make the most of her stay in the US while taking up other film projects.

“COVID-19 affected all of us, although each sector was affected in a different way. For the film and TV industry, we couldn’t have our big productions. Where are we going to shoot? How are we going to do it with a disease or a virus that scientists are still trying to figure out? We were shut down in the studios. People weren’t shooting anything. We were affected in that right as performance because we couldn’t continue with what we wanted to do,” she said.

For Mbatha, one of her next acting strides is to proceed for the shoot of a sci-fi thriller to kick-off in Canada this year.

“Opportunities have been a lot less because of uncertainties. I had gigs where I had to travel the world as I usually do. I couldn’t. I have a great project that I’m going to be shooting in Canada this year, a sci-fi thriller,” she explained. 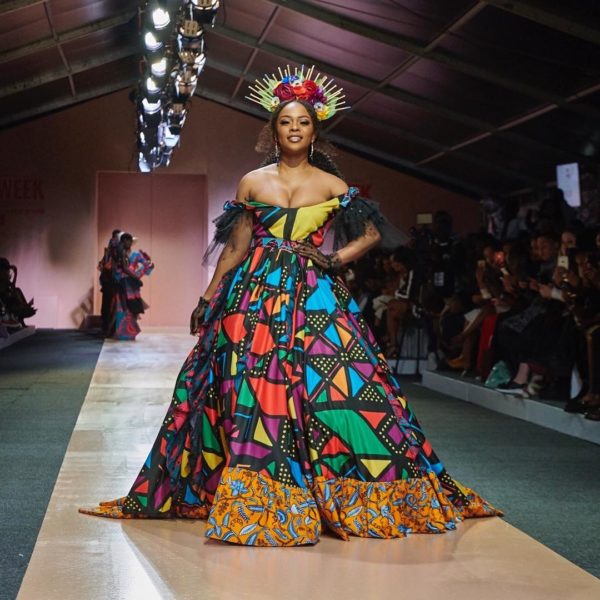 At this point in the interview, a text from the moderator pops up revealing I might be strapped for time. Yet, deeply lost in the chat, I asked Mbatha for her opinion about the extent to which US producers should enlist indigenous actors and film executives accordingly for Africa-oriented movie projects to better portray the continent’s cultural attributes.

“It’s very good for representation and inclusion but we need to be careful about stifling performance. The whole idea of being an actor is that you’re able to play different roles, right? What needs to be done is a lot of research; care for the storyline and people that are being represented. At the end of the day, we can always sit back and ask, ‘Why would the studio hire Cynthia Erivo, a British-Nigerian to come to play a black American girl?'” Mbatha said.

“Then, we’re stifling performance. We can always turn the table around and that’s the part about being a performer. Be able to play any role that is given to you. My hope is that we will continue to do cross-pollination in terms of including more African artistes obviously and also to be able to have the big studios such as Amazon to partner with production companies, whether in the diaspora or even on the continent towards making more films and TV shows.

“Yet, to stifle a performance by saying one can’t play a role because they’re not from there is a little unfair. I’m also an actress living in America. I’m not closing myself off in playing an American woman and any other role offered to me. My people in South Africa will think it unfair. ‘Why wouldn’t you want to hire Nomzamo? She’s great for the role! She’s playing a girl from New York or Ohio. She’s able to play different roles and she’s doing the research.’”

Perfect Arrangement, Ben From Downstairs… 10 movies you should see this weekend

Homosexuality: FG board ‘sets up panels’ over Bobrisky’s movie