A few days to Valentine’s, a video of an elderly street preacher surfaced online and took over the Nigerian internet space. It was the season of love acts and professions — but this preacher, in the short video clip,  proved to be a party pooper by saying people confess love with a lot of deceit.

In this interview with TheCable Lifestyle, Ismail Gbadamosi, the 72-year-old preacher, talks about how his parents killed his singing talent, finding love again, and plans for the future. He says he has been singing the ‘lori iro’ song for over six years. He explains that he was just doing his regular evangelism and was filmed without his knowledge.

Please, tell us a little about your background.

I was born in Ibadan by the family of Gbadamosi at Oke-Eleta and I went to Bishop Phillip Academy High School. I had a diploma in salesmanship in those days and I worked for International Cards. Later I worked for a company that sells oil. Currently, I’m into fishery. I have a fish farm.

Are you always dramatic with your preaching? 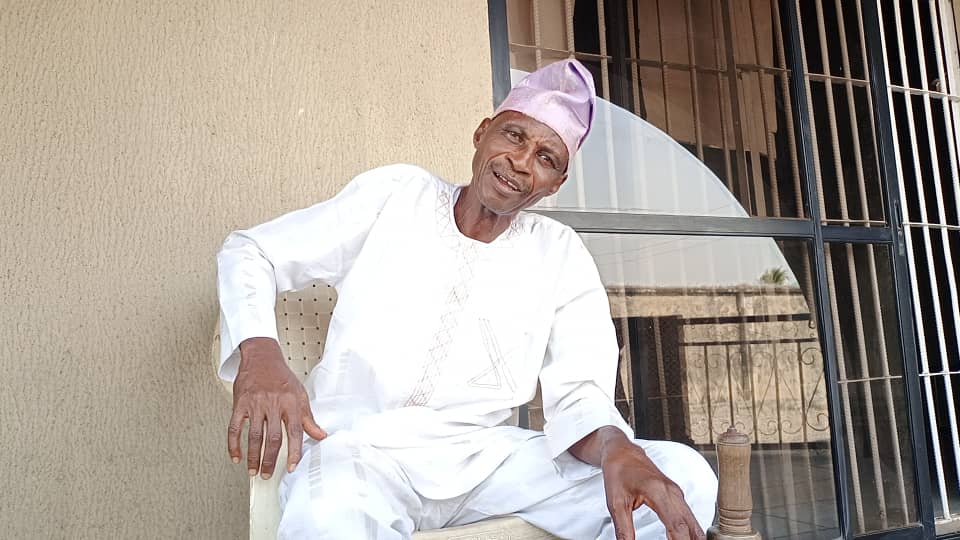 I am an evangelist. I preach about the gospel of the Lord Jesus Christ. What you saw on the viral video is how I do normally preach. I sing because I believe most people don’t want to hear the word of God these days. So when you put a little drama, they listen to you. Some people don’t want to listen to me initially but they started dancing with me and then I preach the word of God to them.

Did you take your time to compose the ‘lori iro’ song?

When I was young, I used to be a good singer. I am gifted… but my people, my parents, they killed it. They said they did not send me to school to go and sing. In primary school at that time, they came to report me, that I take small children and teach them how to sing and dance, so I was blamed seriously and I dropped that character. But when I became a bit matured, whenever I go to a party, I used to win laurels as a dancer.

What is your idea of an ideal Valentine’s Day?

The way we do our Valentine in Nigeria generally, they have turned it upside down. Valentine is not about going out with your girlfriend. Valentine is to share love between one another. Anyone can be your Valentine but the love is no more today, only ‘lie lie’ one.

How did you first fall in love and how did you woo her? 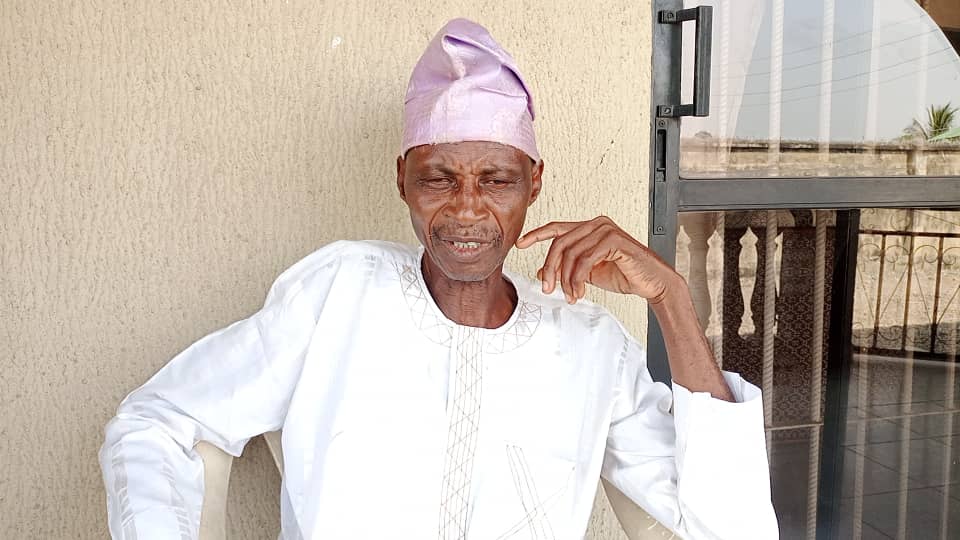 It was a long time, about 35 years ago. You see, those days, we used to have an intermediary. Whenever you want to marry a woman, you have someone who will be your intermediary. He must have known much about you and about the lady you want to marry. I just told one of my brother’s wife that I am looking for a woman and this lady and her, they were working in the same office. And the lady had problems with her boyfriend before, so she introduced her to me. When I approached her, initially, she said she didn’t want to marry because somebody had disappointed her so I had to convince her that I won’t disappoint her and I fulfilled my promise. That was how we got married.

Has anyone ever lied to you or broken your heart?

We met a lot of women along the line who would say they want to be our lover, it is vice versa. There was a lady; we were dating and later along the line, she went away on her own. And based on what I saw in the Bible, the people who love themselves, according to the Bible, are very few. So, all these things made me compose ‘lie lie lover’. 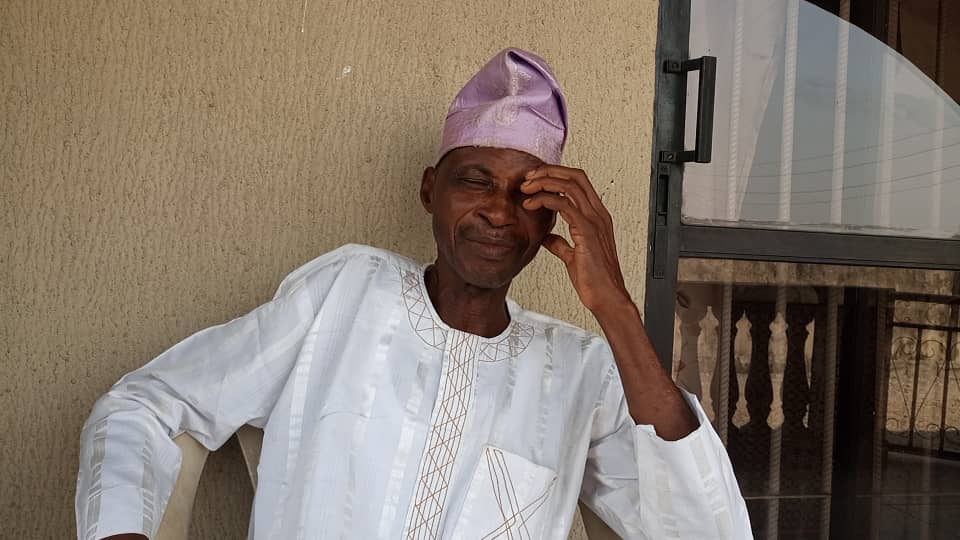 How long did it take you to compose the song and was it because of Valentine’s Day?

I just sat down and I thought of bringing something out of what I have seen in my life and that of many people. I have been singing the song for about seven years. No, it has been in existence before Valentine. I have people who follow me because of the song in Lagos. Whenever I go out, the people selling the things I mentioned in the song start laughing and dancing with me.

You look quite agile for your age. Do you have any special diet or exercise routine?

Right from when I was young, I liked footballing, so I used to do exercise through footballing but later when I became an evangelist, I made it my hobby to come out in the morning and evangelise for about two and a half hours to three hours almost every day for the past seven years. 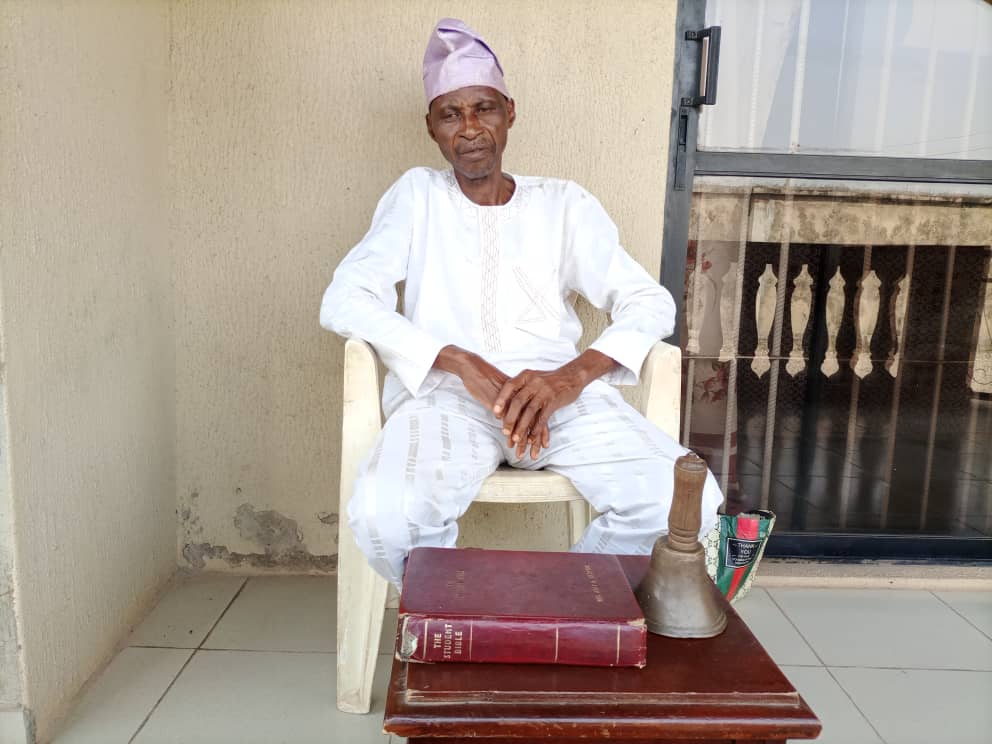 You were a Muslim and converted?

Yes, I was. It was God that called me. Imagine someone who used to go to the mosque, then you have a dream and you saw yourself saying Halleluyah. That was how I was converted. I am with CAC church.

What has been your experience since your video went viral?

It has been great. Someone was even asking if I wanted to start a church and I said, ‘not now’. A lot of people have been sending money to my account, because of this ‘lie lie lover’.  The love of today is a lot of ‘lie lie’. It is too much. It cuts across religion, elders, so, one should love genuinely.

You said your wife left you. When was this and have you remarried? 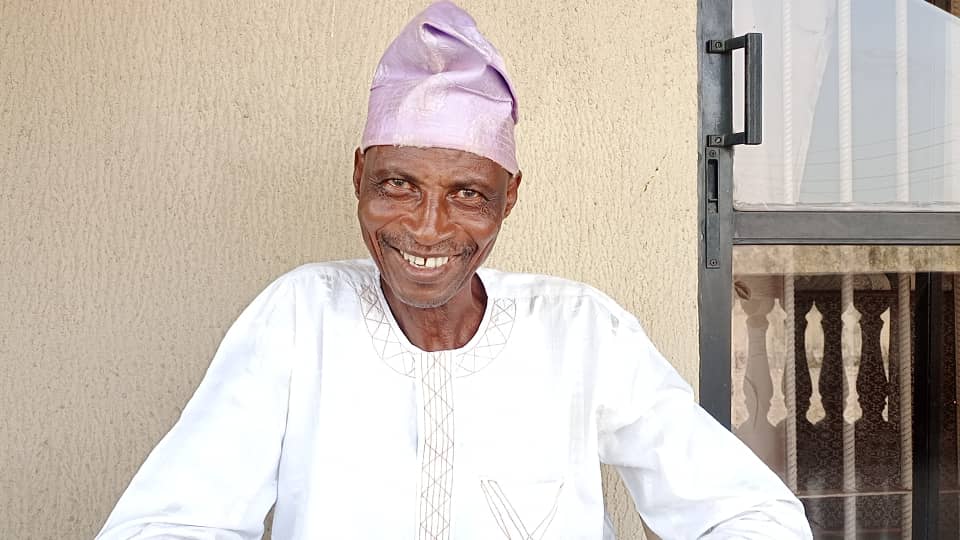 We left each other for more than 20 years now. We have three children. I have somebody that I am talking to but we haven’t got married. I am not talking to her because of the way young people used to do today. I have known her for the past six years. We will get married soon and you people will hear about it.

What are your plans going forward?

I want to organise a foundation that will help the poor and widows. That is my focus because I was needy for many years and God liberated me from the clutch of poverty. And I want to tell the people that wherever you are, don’t think it is permanent. God will take you out of it.