INTERVIEW: It was an honour to have my account frozen after #EndSARS, says Pamilerin

Growing up on the streets of Mushin, a suburb of Lagos, Adegoke Pamilerin just wanted to go to school, graduate, and live a decent life. He was never the type who nursed lofty ambitions.

When he was to choose a course of study after completing his secondary education, his dad approached him with the idea of marine engineering which he gladly embraced, pursued and came out triumphant.

But that was not his passion. Hence, Pamilerin took the bold decision of delving into public relations and marketing. Years later, the social media influencer and PR specialist has continued to chart his own path.

From championing the fight for social change in Nigeria to empowerment initiatives, Pamilerin has emerged as one of the leading voices in his generation.

In this interview with TheCable Lifestyle, ‘Pam Pam’, as he’s fondly known, talks about his career, love life, experience during the #EndSARS protest, and how the youths can push for change ahead of the 2023 elections. 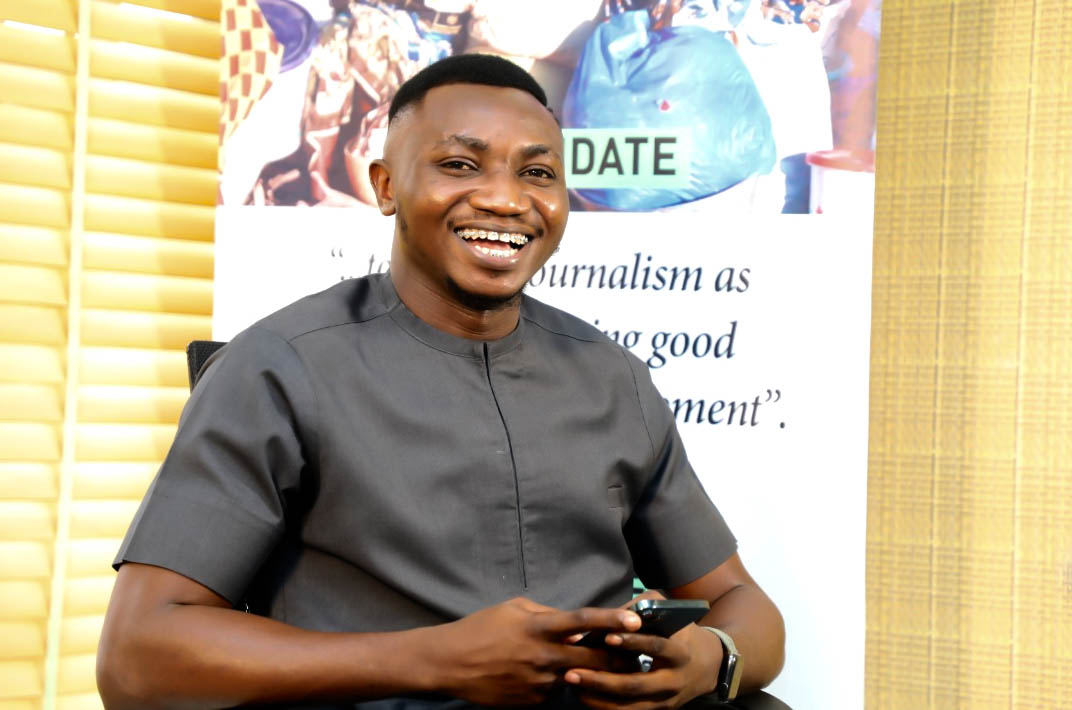 I am just that young guy from Mushin that wants to make it, and we give glory to God, here we are today. I am from a family of eight. I have five siblings –three sisters and two brothers– and I’m the firstborn.

Can you tell us a bit about your childhood memories?

Growing up was fun. l was just the regular kid that goes to school, comes back, attends lessons and then plays with friends. That was it… till it got to the point when I was to choose a career path. l had no vision or mission like some of my friends who wanted to be a doctor, accountant, or others. I just wanted to go to school and graduate. That was the only thing on my mind.

However, after school, l tried to work but I felt like that’s not what l really wanted to do, so l switched to public relations and digital marketing. I worked with a firm for three years before l left and started doing things on my own.

How did you come about the name Omo Iya Ologi?

My mum sells pap. That was what she was into while we were growing up. I didn’t consider that as a big deal until one day when someone, who wanted to shade me, came out and said “your favourite influencer is busy giving out sanitary pads to girls whereas his mum sells ogi”.

l wondered what informed that. While growing up, most of the kids then either had custard or ogi. Many people didn’t even have money for custard, so majority of the kids took ogi. Therefore, l took it upon myself that l would protect my mother’s business by embracing and promoting the name — and in 24 hours, she got over 400 orders.

By the way, it’s like the most expensive ogi in Nigeria now. So, that’s how that name came into being.

How did you grow your followers?

I think it’s just about the personality. People trust Pamilerin as a brand and that’s just me, I’m being myself.

As an influencer, what is that thing you’re most passionate about?

The girl child. I have a foundation named the Pamilerin Foundation and one of our major goals is to promote the girl child. We engage in sharing sanitary pads to girls and we have been doing that for two years now. So far, we’ve distributed over 60,000 sanitary pads.

Why the interest in the girl child?

One of the reasons is because l have three sisters. I have been able to understand that because my sisters can afford sanitary pads doesn’t mean others can. Girls find it hard to speak up about pads so we are trying to help in this regard.

You’re the co-founder of LaCibo restaurant. What’s the inspiration behind this?

I love food — even though I’m not fat. So that’s basically the drive. 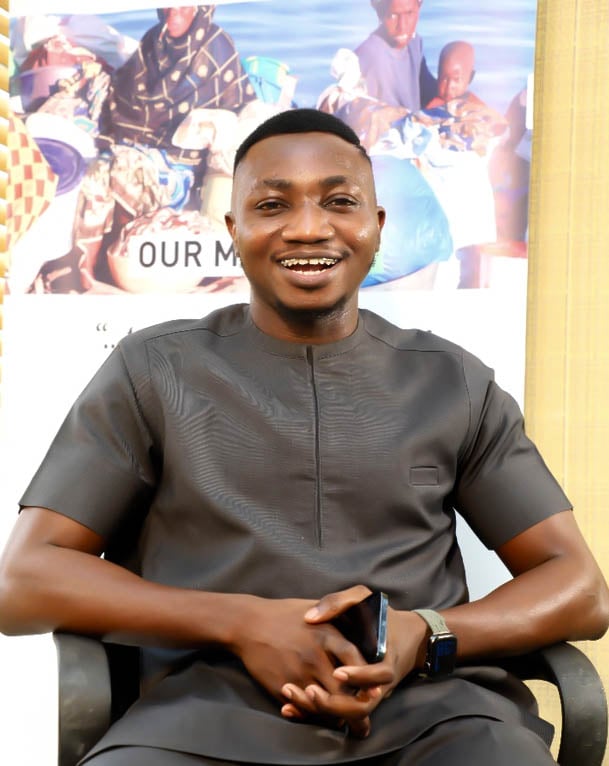 You were among 100 youths honoured by the Ooni of Ife in 2020. How do you feel about the feat?

Meeting the Ooni of Ife and being among the 20 youths that were selected to go with him to Ghana was a great feeling for me. I feel people are noticing me more and appreciating what we are doing.

What was the experience like during the #EndSARS protest last year?

#EndSARS taught me that we can be united as a country if we want to be. During that period, I was shocked by the way people came out unplanned. That was my best highlight as a Nigerian so far. The love, it was really great. People donating foods, drinks with their own money. I was part of the leaders in Alausa and l can tell you during that period, we were feeding over 20,000 people every day. By 7am, there is already breakfast, by 9am, there is another food. At that point, it was one Nigeria, not this tribe or that. It shows you that we can actually love ourselves if we want to.

Do you think justice has been achieved so far?

We should realise that this is our fight against the government. Government wins most of the time, especially when you have this kind of administration. We are not a priority to them and they don’t have anything to lose. They don’t care about us and that’s the honest truth. They would do whatever they want, nobody can stop them. We’ll keep speaking up and hopefully, we’ll get the Nigeria of our dreams one day.

Well, l don’t really know. But it was an honour. It’s a big win for me. It shows that the federal government knows that there’s a Pamilerin somewhere. That means the government is also scared of something. 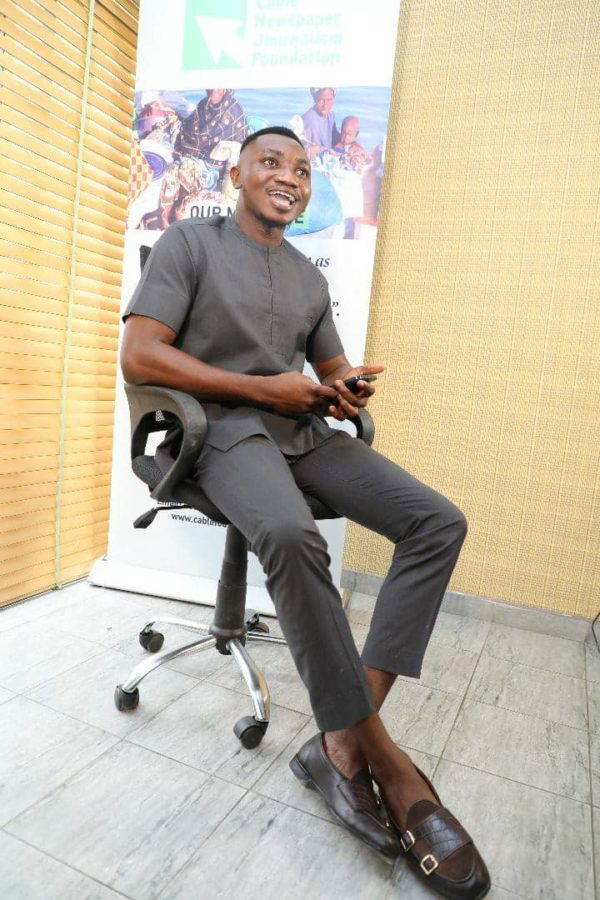 Do you still believe in the Nigerian dream?

Yes, l do. l believe that Nigeria can be better and great.

2023 is around the corner. What do you think the youths should do to get things right?

There’s a question l keep asking people: ‘do you still want to be shouting ‘No APC, NO PDP’ in 2020, 2021 on social media and do the same in 2023?’ That means they are still coming back. Politics doesn’t happen online. Join a party. If we are not there, how are things going to change? So, we have to take action. The change we’re screaming for starts with us.

Are you considering going into politics anytime soon?

A few years from now, l might probably do politics. But I’m currently advocating for the girl child and hopefully be a family man soon. I’m in a relationship with someone. It’s going to two years now and I should settle down in the next six months or so.

How did the relationship start?

Then she told me: ‘shoot it if it’s going to score’. We didn’t take it further from there immediately. As at that time, we were in different relationships. But about a year after my message, we started our relationship.

How has it been since then?

It’s been good. She’s understanding, caring and so beautiful and she’s a nurse. That’s a plus for me. I should settle down in another six months.

What inspires your creativity when you promote brands

I’ll say my lifestyle. That comes into play anytime I want to promote a brand. I use things about myself to promote brands.

Having been on the streets before, how do you feel when you look back?

Well, coming from the streets to the limelight is good. I have been at that stage before and looking at the situation of things now, there’s a difference. People are really suffering, l won’t lie to you. Basically, it makes me appreciate people in similar situations better.

What will you tell youths trying to find their feet out there?

I will tell them that they can always make it doing legitimate things no matter their background. Being a Nigerian itself is hard, but they should not get discouraged by that. Also, they should forget whatever they see on social media because we’re all faking it — it’s make-believe. They should not allow that to affect them.

The Rock: My family and I tested positive for COVID-19

After ruffling up rappers, Wizkid says he has special announcement on Dec 3