Any industry player who knows what it takes to position oneself, thrive, and stay consistent over a 12-year period enough to exert dominance and aid the incursion of a younger crop of creatives in the rap scene would readily declare Illbliss an unparalleled hip hop don. After seven solo albums, EPs off a two-volume title, and one joint studio project, the music mogul has retained his lyricism.

It took just a conversation broached with him to see why he has maintained an iron-fist grip on his music buzz and evolved over the years. Beyond the creative side of showbiz, Illblis — self-dubbed the Oga Boss — is well attuned to the foundational principles on which the music industry itself is hinged and how to manipulate it to his advantage. The Goretti Company, which he owns, orchestrated the career launch of Chidinma and Phyno, among other acts.

An embodiment of creativity, Illbliss exuded unfettered confidence and went beyond music to showcase his artistry. He had his acting debut in King of Boys (KOB), the Kemi Adetiba-directed crime drama, and reprised his role in the seven-part series that became the blockbuster movie’s sequel. In the film, he would play the role of ‘Odogwu Malay’, a gang boss of Igbo extraction marked for his bravado, affluent lifestyle, and sense of humour with street credibility to add.

Outside of Illbliss; into ‘Odogwu Malay’

The series also brought Reminisce and Effa Iwara — other indigenous creatives with a background in rap — in a way that saw the importation of certain stereotypical attributes of the rap culture into their delivery of the characters.

“Kemi Adetiba has always been a Wu-Tang Clan fan; she grew up in New York, Brooklyn and was among those girls you’d find in the front row in concerts, shaking their heads (laughs). My colleagues have done a lot of work in the movie scene. She has been a fan of our works and hip-hop music in general. Also, she shot videos for rappers, so I guess it’s only natural that she gravitated towards us,” Illbliss says, smiling from behind his dark spectacles. 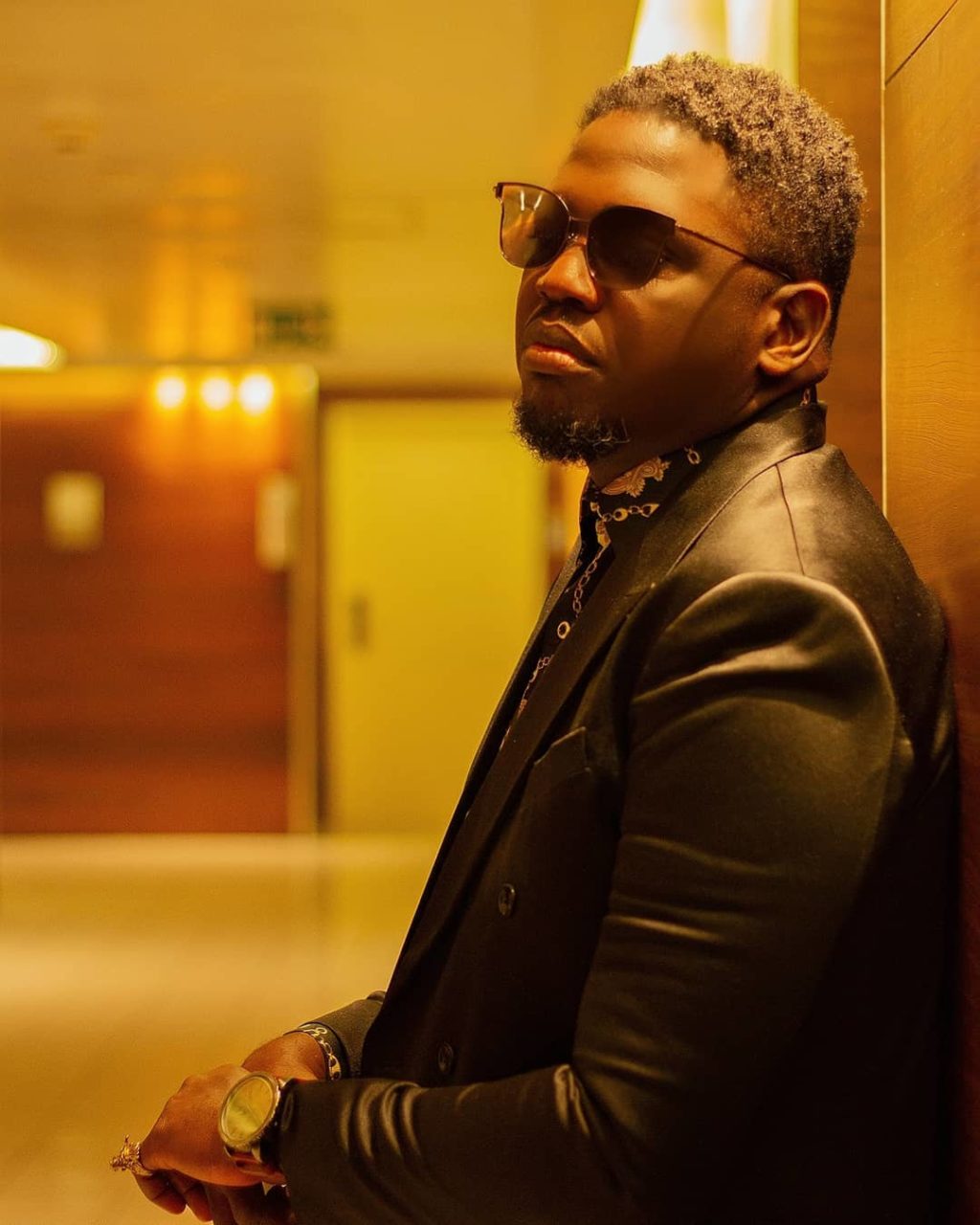 “Kemi called. She told me she wanted to shoot a film and thought about me after watching my ‘Bank Alert’ video, where I had the cigar and the whole bossy walking stick while mingling with the gangs. She decided I would fit that Igbo gangster profile for the movie. She sent me the script; I didn’t read it since I never really wanted to act. I just wanted to produce a film at some point as a way of preserving my rap glory. I look at actors as heroes of some sort.

“We’re short-form artists as rappers. We do three to four-minute music videos while these guys are doing seasons of content and feature-length films back-to-back. So Kemi I stopped picking Kemi’s calls at a point but I think I was checking my email one day and saw KOB pdf. It was a script and I remembered it was what Kemi was talking to me about. I opened it, read the first four pages, and exclaimed to myself, ‘oh, dude, you just goofed. This is the movie!’

“Why didn’t I do it? It was just fear as I wasn’t even sure of what to expect. Then, I called her back—shame call—like ‘Kemi, how are you?’ She said, ‘I’m not talking to you.’ I asked how her shoot went and she told me, she still hadn’t shot. I told her to send me the contract. That’s how I got on set. She made it really easy as Odowgwu Malay is just really similar to Ill Bliss. She made us own the character and I changed the name, with Kemi’s permission though.”

From the comfort of a hotel room sofa where we spoke, Illbliss recalls how he pulled off the personalisation of the character, explaining that the initial resolve was to adopt the sobriquet ‘Daddy Mark’, one that seemed untypical of the nuances he was looking to bring into the gangster role. Putting a call to his clique in Enugu would birth a list of about 15 options from which Odogwu Malay — an Igbo coinage of “Malaysian boss” — would be approved by Adetiba.

“We had options like Easternbo, signaling that Eastern Boys are ubiquitous. There’s a guy called Odogwu Malaysia, there’s Chike Istanbul, Chidi Kentucky, where Igbos often include the country where they’re making it big in their nicknames.  I gave Kemi all those names and she favoured Odogwu Malay. That’s how we bettered that character. Getting on set was just me being myself. I loved it like, ‘yes!’. Because you know we live glamorous lives as rappers.”

The filming of KOB2 came in the background of riots and the EndSARS protest that rocked Lagos in 2020, posing a major risk for both the cast and crew of the Netflix original series. On one end, there was Remi Adetiba, a KOB2 co-producer, tirelessly trying to oversee operations virtually from Manhattan in the US while running on coffee. On the other, there was Illbliss struggling to access the next filming location in Lekki, Lagos on okada (commercial bike).

“Filming KOB2, there was riot everywhere. Things were being burned here and there. It was tough. There was this day when we had to wrap KOB up at any cost. Sometimes, you’ll be at that Lekki axis, trying to get to a location in Ajah but you won’t be able to get through the second tollgate because it was burning, the first tollgate cordoned off. We’d come out at Lekki Phase 1, go in a convoy, get to the second tollgate only to be unable to get through,” he says.

“It was crazy and unsafe. I went home and came back to the Island on the Lekki toll bridge. There was a riot going on at the foot of the bridge, coming from Ikoyi. A mob was burning cars and chasing people. So I got on a bike and called Remi, who I kept on dissing because he kept calling from Manhattan, with a cup of coffee, telling me, ‘I feel your pain’. I’m like, ‘don’t give me that voice. Do you know what’s going on? They’re burning things here in Lagos’.

“He would tell me, ‘I understand, but we need to get through this.’ I swear, I couldn’t remember the last time I got on a bike but I had to commute. People were throwing things at us. I shot a bit with my phone, the part where I got off the bridge, so I could get back to my hotel in Lekki. It occurred to me that it was going to be an epic production because we were just pulling our hair strands just to get things done. EndSARS was going but we kept on shooting.”

For Illbliss, KOB2 set was like a family reunion. The film was expectedly shot in bits as the cast members presented themselves at scheduled times and locations such that certain actors in the TV series don’t get to see some others. Illbliss was meant to age his character by five years, adjusting everything from his carriage of himself and bravado to his humour in a manner different from what obtained in the prequel. This was to show the character’s growth.

“I didn’t see a lot of people, because we were shooting different scenes. It was a surprise when I was told Deyemi Okanlawon was on the film. From an acting perspective, it was tougher acting in KOB2 than KOB1. Kemi told me from the outset it would be. She was like, ‘you’re going to go through a range of emotions in this. You’re going to be a dad now, set five years later. You’re a bigger gangster now but the family has made you soft’,” the rapper notes.

“We started to go down the details and rebuilt the character: my face, what needed to change, aging a little bit, looking richer, increased humour. You needed to have seen my crib. It was the first scene I shot. It was mad. When I saw the set, I was like loving it like, ‘yes!’. It was appealing. You know rappers live glamorous lives. Bodyguards were on the balcony in balaclavas with weapons, cars. That was how we started before the riots and confusion hit.”

Evolving as Rapper & the Place of Acting

It’s easy to run down a list of indigenous actors who had a stint with music but much more interesting to observe a pattern where known hitmakers find themselves diving into Nollywood and carving out a niche in the movie space. As much as one can’t box up creatives, my question for Illbliss was simple. There’s the concern about Afropop preference relegating rappers to the sidelines. What dynamics are at play in the music-acting combination? 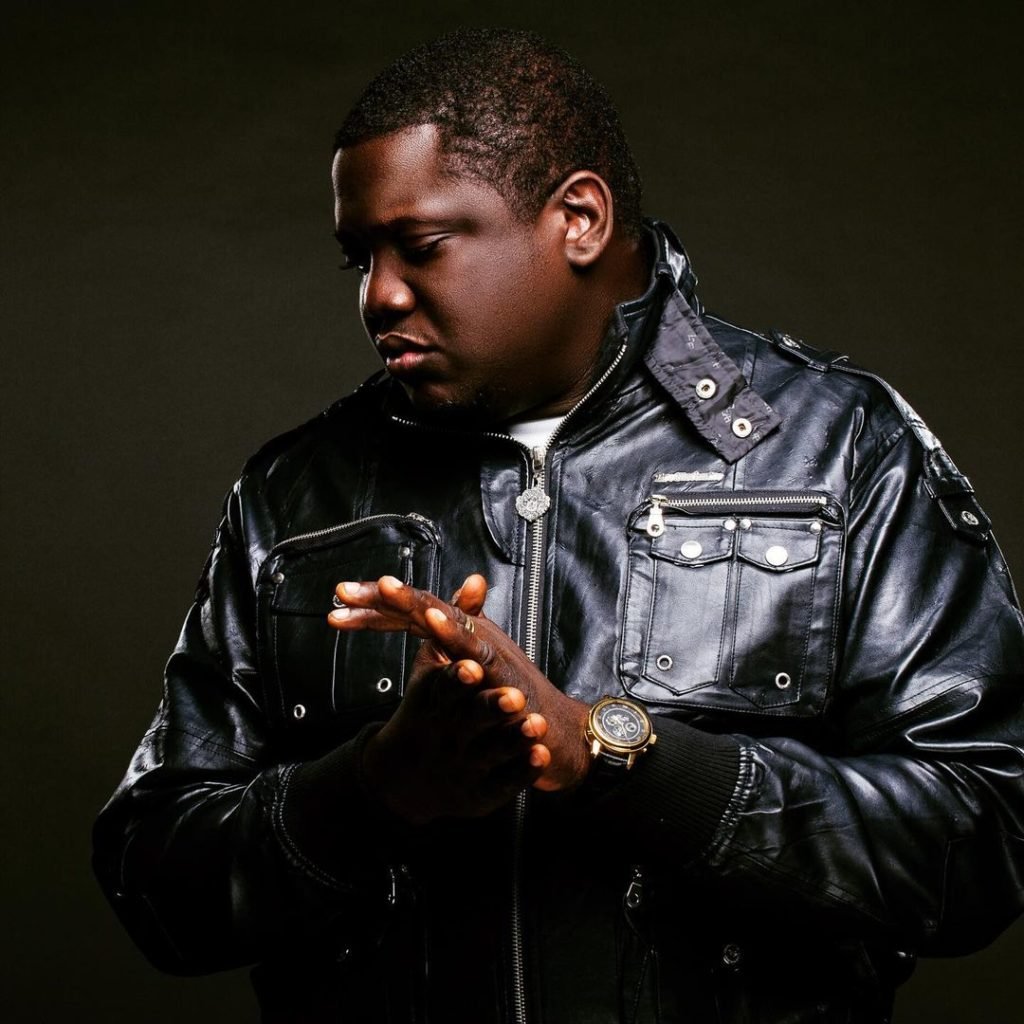 “Effa has a long list of movies/series he has made. KOB is not exactly his breakthrough. It’s like the next chapter for him. He’s done so much and I know him from when he started out as a rapper. When I saw what he was achieving in Nollywood, it was so commendable because he was transitioning from one space into another. And I know there are war stories tucked in between that transition. But he made it look easy,” the music executive explains.

“I come from the golden era of hip hop music and I’m hugely inspired by Nas, Biggie, Jay-Z, Tupac. Evolution made them great. You [should] have radio-friendly songs and conscious songs as well. It’s like a scrapbook where you’re pulling together different energies into a CD and calling it an album. Fast forward to me being based in Nigeria. I took some of that boom-bap raw 90s hip-hop into the rap scene here and I knew it was a turn-up that had no end.”

Illbliss goes ahead to stress the need for evolution, describing rap in Nigeria as one of the toughest things there is. He makes an analogy with his own experience, touching on why he chose to make certain adjustments to cater to the demands of the Nigerian music market while still evolving and staying true to his unique sound and rap flow.

“Nigeria is a rhythmic market; everyone here wants to dance. This is a troubled country. They don’t want to listen to a lot of stuff that slaps their brain cerebrally. I had to start pulling out records like ‘Aiye Po Gan’, which softened the path for me. Then I moved on to other things, made records with Reekado Banks, Runtown. I just had to keep evolving. I never want to be the one for talks like ‘oh, that was a hit that year. Baba was dope that year’,” he adds.

“I never want to expire. But I’m a lyricist in true form. And I’m at a point where I’m totally comfortable doing what I do. I’m not under pressure whatsoever. It won’t work that way for a lot of people. But I’ve paid the price to be this comfortable. I’ve made those big records; I can rap in Igbo. When it comes down to going dialectical, I can go back to my people, run something in Igbo, say I have a fan base in the east and the corporates will put money in that.

“Ultimately, I believe people must evolve. Never be so scared that you hold one sound and blame the system for frustrating you. Being a rapper in Nigeria has to be the hardest thing. It’s almost like you’re an outcast. People ask, ‘why are you rapping? Sing!’ Your family will even push you like, ‘do something naa!’ They want to see you win.”

INTERVIEW: Joke Silva, an icon in a league of her own

Desmond Ovbiagele: How COVID-19 lockdown affected release of ‘The Milkmaid’