INTERVIEW: I went for BBNaija to avoid pressure to marry, says Deji

Before his foray into the Big Brother Naija (BBNaija) reality TV show, Deji Morafa has established himself as a pharmacist and quality assurance specialist. Unlike several others craving to feature on the show primarily for popularity, the pharmacist sought the platform to deal with the pressure to get married from his mum. In this interview with TheCable Lifestyle, Deji reflects on his time on the show, his fondness for Chichi, and his experience as a fake housemate.

TheCable Lifestyle: How has it been outside the house?

Deji: Honestly, it’s been amazing. It feels good being outside, seeing others aside from the housemates and the ninjas. Eating all kinds of food and people calling my name, saying I’m inspiring. I’m loving it, I won’t lie. 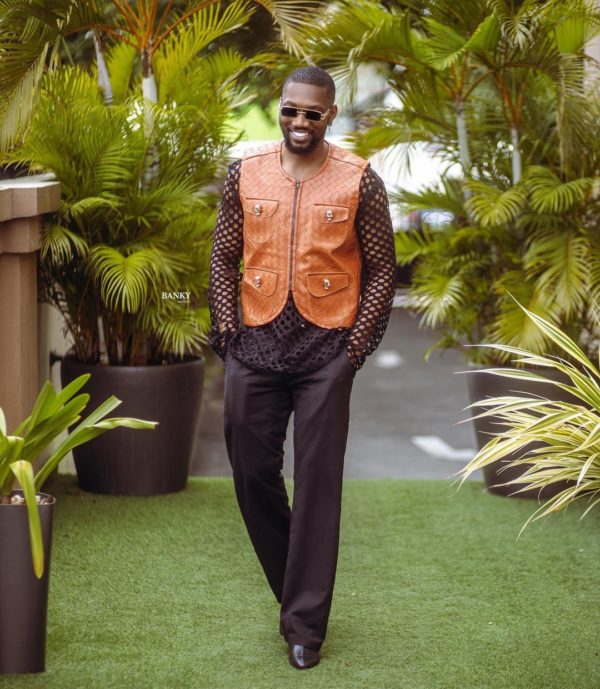 TheCable Lifestyle: What’s more to know about you?

Deji: My name is Deji, I grew up in Lagos but was born in Katsina and my state of origin is Ogun state. I grew up in a large family with three wives and 18 kids. I’m the 16th child.

I went to Mayflower school and studied pharmacy at the University of Lagos  (UNILAG). I relocated to the United States after my education where I work as a quality assurance specialist and also as a pharmacist. I was there for about 4 years and had to come back this year to be part of the BBNaija reality show.

TheCable Lifestyle: What prompted you to audition for the show?

Deji: I’m going to be honest with you. I was tired of the 9-5 job as it became boring. At one point, my mum was saying I have it all and advised me to get married so to avoid getting married, I decided to go for BBNaija. If I’m in BBNaija, she won’t disturb me to get married and give her grandkids. So that’s basically the inspiration.

TheCable Lifestyle: You aren’t ready for a relationship but many believe you and Chichi are up to something. What do you have to say about that?

Deji: Let me just go straight to the point, the person I was talking to, Chichi, I feel we’re on the same page in the aspect of relationship or marriage. The same way I’m not ready to get married is the same way she isn’t now because she has a lot to achieve before settling now just like me. 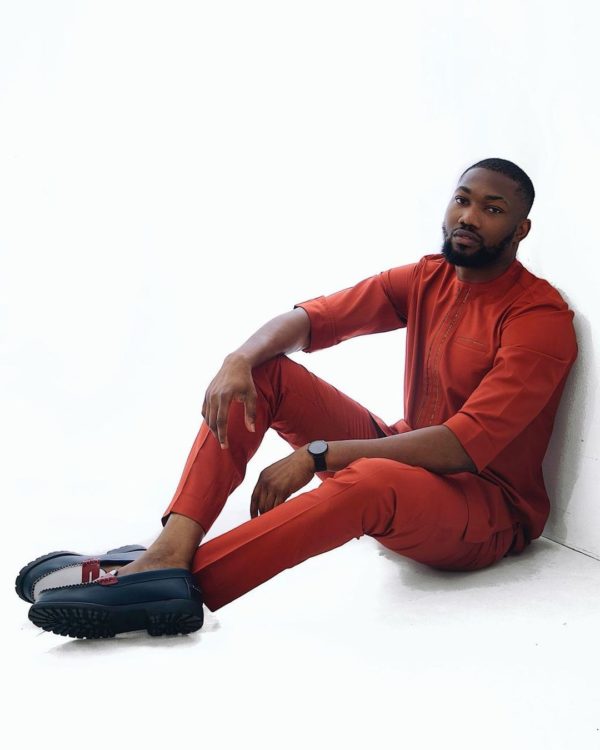 I mean regardless, it doesn’t mean we will end up together, if we feel we’re better off as friends or be together we will. Right now, we aren’t pressuring ourselves.

TheCable Lifestyle: How serious is your relationship with Chichi?

TheCable Lifestyle: As a fake housemate, how did this influence your character in the house?

Deji: So going into the house, I didn’t know I was going to be a fake housemate. I was told practically the same day we were moving to the house but when they told me, I actually took it with good faith knowing regardless I will be myself.

Going into the house, the only thing that changed was that I knew I had only four weeks so I wanted to make an impression very quickly, as soon as possible. I wanted to win a lot of money from tasks because I knew I was not going to win the grand prize.

Basically, it was a great moment for me in the house because a lot of people won’t even get the chance to be fake housemates. I actually appreciate the opportunity.

TheCable Lifestyle: Do you think that role played a limit on your expression as a person?

Deji: No, nothing was different. The only different thing was the fact that I was given a special task and instructions. To be honest, that made me feel special because for them to trust me with the role means they saw something in me, maybe other people won’t have been able to pull it up. It never limited me but rather made me feel special. 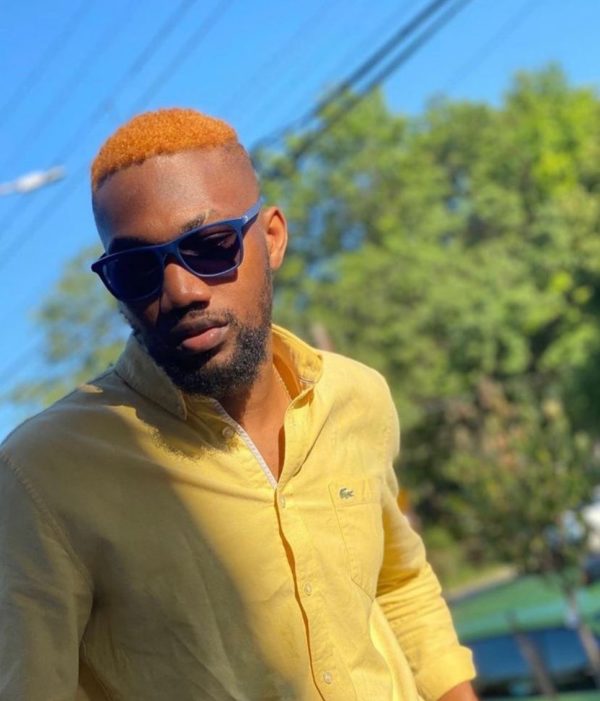 TheCable Lifestyle: Do you think you had time to showcase yourself?

Another thing, I was able to relate well with the housemates, I learned a thing and left some habits. I feel like that 5 weeks were enough for me to do everything I want to do.

TheCable Lifestyle: What are your plans outside the house?

Deji: Now that I’m out, I have no plans of dropping things I was doing before. I will continue modeling and expanding on that beyond Africa to Europe, and the United States. Also, I have a fashion line, I’m a fashion designer alongside my brother so we plan on expanding that as well.

I’m a content creator, and everyone knows me as the fragrance boy on social media. I just plan on talking more beyond fragrances, want to do more of lifestyle and other things.

Being in the house, I could see I’m pretty marketable so just want to be like a brand Influencer, a few ambassadorial gigs.

I also don’t have plans to drop what I studied in school, pharmacy. I feel like I can use that to give back to the community in terms of medical outreach and philanthropy tasks basically.

TheCable Lifestyle: Are you looking to build a foundation? 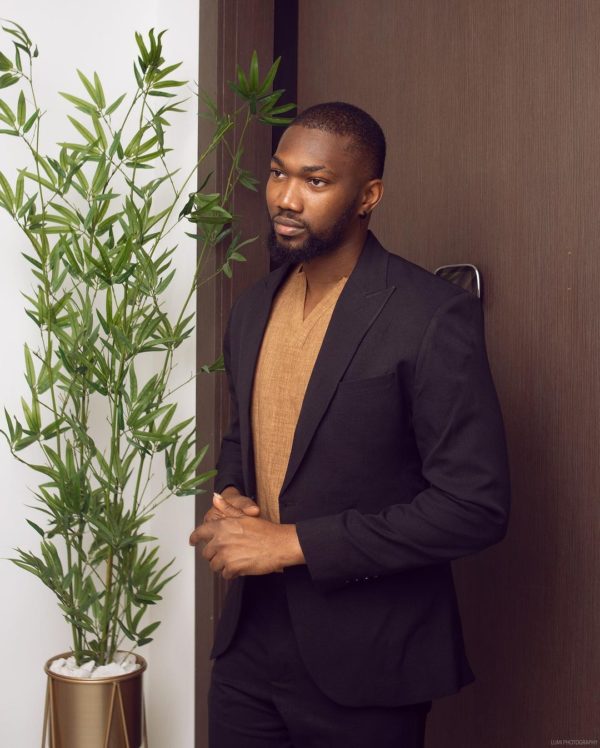 Deji: Yeah, in the long run. Definitely, I will love that, to be honest.

TheCable Lifestyle: Are you rooting for anyone to win the grand prize?

Deji: Yes, I would love my guy, Dotun, to win. But I feel the strongest is between Hermes, Braynn, and Phyna; if I were to pick one person I will go with Hermes.

TheCable Lifestyle: Any last word for your fans?

Deji: To my fans, I love you all, and thanks for the support. It will be very bad if I don’t thank people who don’t like me so to the ones who doesn’t, I love you guy so much, and keep the comments coming. Family, friends, fans I embrace all of you.