Linc Edochie, the Nollywood actor, says he was not present when Yul, his brother, paid his second wife’s bride price.

Linc was reacting to the criticisms that trail Yul’s unveiling of Judy Muoghalu as his second wife on Instagram.

May Aligwe, the actor’s first wife, who appeared to have been cheesed off by the announcement, jumped on the comment section of the post and declared, “May God judge you both.”

The development has continued to spark a wave of controversies on social media with users airing their thoughts on polygamy.

A fan had asked Linc if he was present when his brother paid his second wife’s bride price.

“You see wetin your brother do? You follow them go pay bride price on Sunday abi you no follow? Answer me now,” the fan wrote in pidgin English. 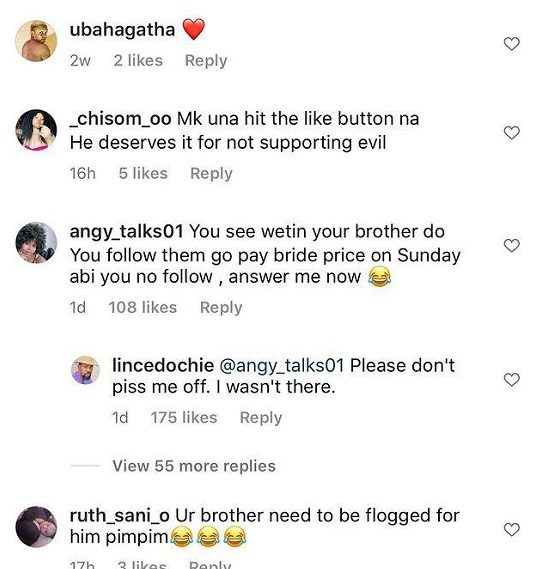 In his reply to the fan, Linc said: “Please don’t piss me off. I wasn’t there.”

“This hurts, I’m deeply hurt and embarrassed,” she had said.