Fatima Ajimobi, daughter of Abdullahi Ganduje, governor of Kano state, has wondered why people want her to comment on the removal of Muhammadu Sanusi II as the emir of Kano.

On Monday, Ganduje had approved the dethronement of Sanusi, citing among other things, “a total disrespect to the office of the governor” on the part of the emir.

The development had left tongues wagging on social media with a number of Nigerians airing their different views on the issue.

It appeared fans of the Kano governor’s daughter had prodded her to comment on the issue.

But reacting to such requests, Fatima wondered why her opinion or silence on the issue should be a problem to anyone.

She also said those who are not happy with her decision to keep mute on the development are free to unfollow her on social media. 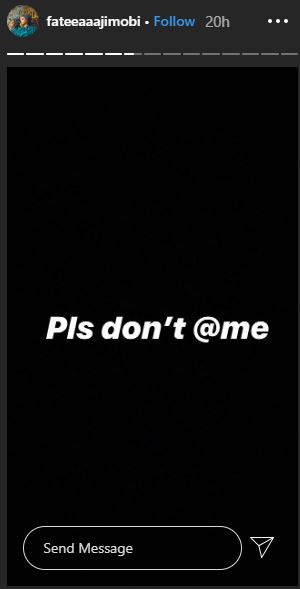 “Pls don’t @ me,” she wrote in a series of posts on her Instagram story. 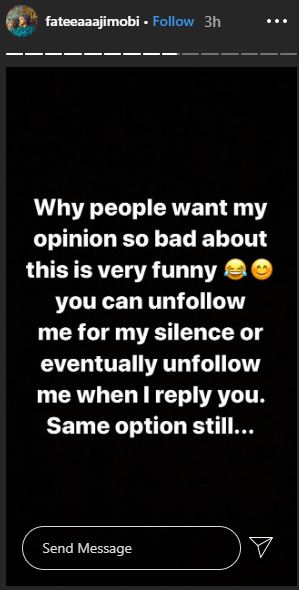 “Why people want my opinion so bad about this is very funny. You can unfollow me for my silence or eventually unfollow me when I reply you. Same option still…”

Her comment comes about the same time when Yusra Sanusi, daughter of the former emir of Kano, had called on her followers to stop sending her condolences — in reaction to his father’s dethronement.