JJC Skillz, husband of Funke Akindele, the Nollywood actress, is in a joyous mood as his son graduates from the University of Gloucestershire.

The rapper and record producer, whose real name is Abdulrasheed Bello, celebrated Josiah Bello in a couple of posts on his verified Instagram page on Wednesday.

Josiah, JJC Skillz’s son from an earlier marriage, earned a degree from the UK varsity’s school of media and annual creativity prize. 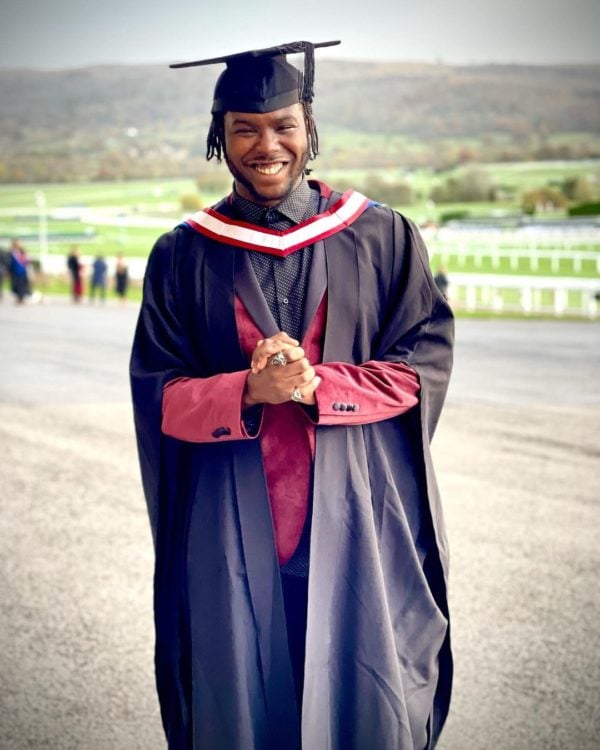 JJC also shared pictures of the son alongside the certificate and accompanied the posts with words of a proud father.

“When you study your passion. Josiah, so proud of you. May your passion become your profession. Pray you to grow from strength to strength. Love you,” he wrote.

In the comment section of one of the posts, Akindele wrote: “Wow!! My head Dey swell thank you Jesus.”

JJC Skillz tied the knot with Akindele in the UK in 2016. The union has been blessed with a set of twins.

Before JJC Skillz, the movie star was formerly married to Kehinde Almaroof Oloyede. The union was dissolved after a year due to what she described as “irreconcilable differences”.

The celebrity couple were also involved in a controversy last year when they were arrested for holding a house party, thereby breaching the Lagos state COVID-19 protocol at that time.

They were, however, granted state pardon by Babajide Sanwo-Olu, governor of Lagos state.

We have not suspended strike, says Ambrose Alli varsity’s ASUU

Yul Edochie: Teachers who flog students for speaking vernacular should be ashamed of themselves