Funke Akindele, Nigerian actress, says she almost passed out during the production of ‘Omo Ghetto: The Saga‘, her hit project.

The movie, released last year, was a sequel to ‘Omo Ghetto’, a 2010 drama film directed by Abiodun Olarenwaju.

In a recent interview with Chude Jideonwo, the 43-year-old actress recalled playing multiple roles while filming the project and how it took a toll on her at a point.

“I became the PA, makeup assistant, wardrobe manager. I styled the movie, designed the production, because this is what I live for. I gave my everything to ‘Omo Ghetto: The Saga’. I had sleepless nights, swollen eyes,” she said.

The actress and movie producer said shuffling in between roles required her to learn new things and constantly go beyond her capacity.

“I trained for a month for all the fight sequences. I had to fight for a month with everybody. I had to jog. I had to shed weight. I had to be in the picture. I was directing, acting- at some point, I almost passed out. They had to bring ice and put all over me,” she added.

Since its release, the movie has continued to dominate numerous charts while also snagging positive reviews.

In 2020, the movie surpassed ‘Fate of Alakada’ as the highest-grossing Nigerian film for the year.

It also overtook ‘The Wedding Party’ to become the highest ever grossing movie in the Nigerian film industry after securing ₦468 million as of January 26, 2021.

The project, co-directed by Akindele and JJC Skillz, is scheduled to hit Netflix on September 10. 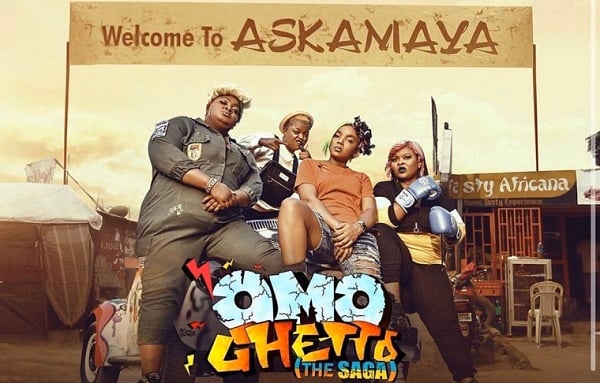 RMD: I lost weight for a movie role but people said I was sick