The university of Ibadan has secured a spot in the top 978 ranked universities in the world.

In the ranking released by the Times Higher Education, Nigeria’s premier university was ranked 801 alongside several others.

UI was also the only Nigerian university to make the list. 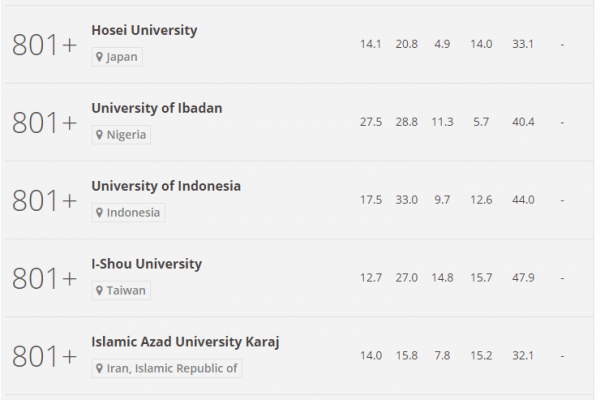 CWUR said that Nigerian universities were not considered for the ranking because of lack of quality research.

South Africa and Egypt had the highest number of universities on the list from the continent.

The United States had 63 universities among the hundreds of schools considered.

FRSC Academy to be upgraded to degree-awarding institution