Femi Kuti: Buhari asked for my support but I turned him down

Femi Kuti, Afrobeat mastero, has alleged that President Muhammadu Buhari sought his support in the buildup to the election.

The artiste spoke in a manner suggesting that Buhari solicited his assistance through Vice-President Yemi Osinbajo.

Osinbajo had visited Kuti’s Akute residence in Ogun state during the electioneering period.

Commenting on the visit, the musician, who said he can never campaign for any political party or a politician, recalled how his late father was incarcerated during the military regime of Buhari. 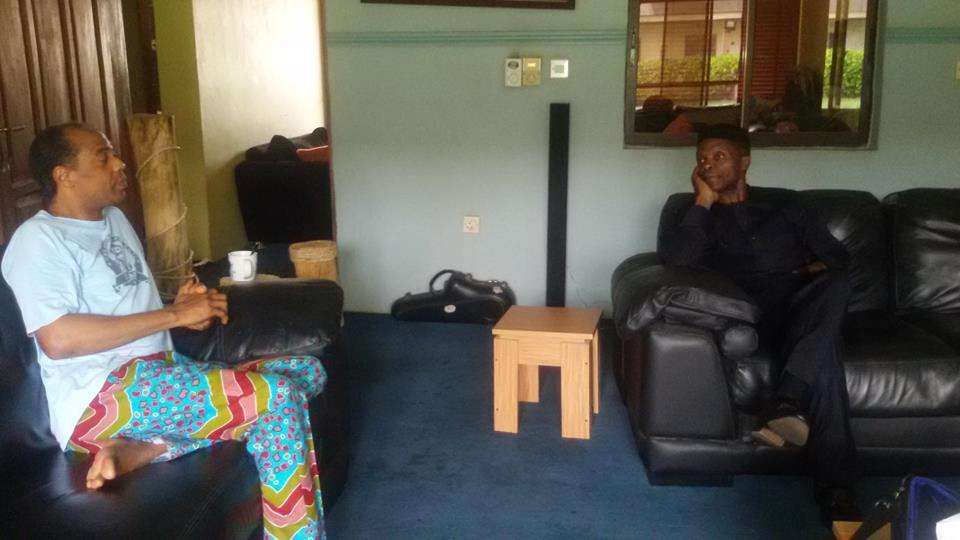 Osinbanjo inside the living room of the musician

“He came to ask for my support I refuse told him there was no way I could support a man who jailed my father,” he wrote on Twitter.

“Never have I placed my support for any political party or politician. Thank God the VP is still there and can confirm. I vehemently said NO.”

The entertainer’s comment was in reaction to the insinuations that he had lost his voice because of his endorsement of the current administration.

Tweeting via @thonyaz, one user wrote: “@femikutimusic @Femiakuti  You opened your doors to ”osibande” and your broda tweeted his support for APC. It is why you can’t talk.”

@femikutimusic @Femiakuti You opened your doors to ”osibande” and your broda tweeted his support for APC. It is why you can’t talk now.

Kuti challenged his accuser to substantiate his allegation.

Thank God the VP is still there & can can confirm I vehemently said NO. Now where did I tell anyone to vote or support any political party? https://t.co/0lITFschto

3- those that come to the Shrine no where I stand. Yes on Twitter I don’t waste my time arguing with people many paid to insult ones views. https://t.co/0lITFschto