‘Fela.. Arrest the music’ celebrates the legend at the 20th Muson Festival

‘Fela.. Arrest the music’, a musical on the life and times of the legend Fela Anikulapo Kuti, will be on stage from Friday 14 to Sunday 16, October at the Muson Center.

Produced by Declassical Arts and Entertainment Company in collaboration with Muson Center, the play will be shown at 3pm & 7pm each day. 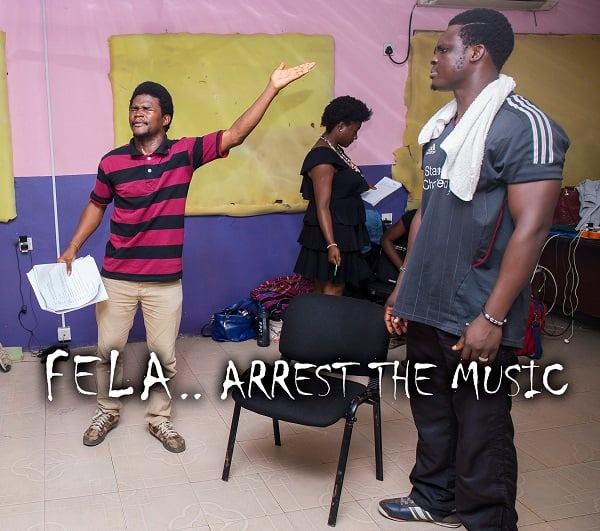 Fela.. Arrest the music is scheduled for the opening of the 20th anniversary of the Muson Festival and to feature as part of the 2016 Felabration.

The creative piece written by Paul Ugbede, (winner of the Beeta Foundation Playwrights competition), expresses the daily struggles of an African man; how he is been subjected to the forces of suppression and humiliation from the western world, his own government, the society et al. 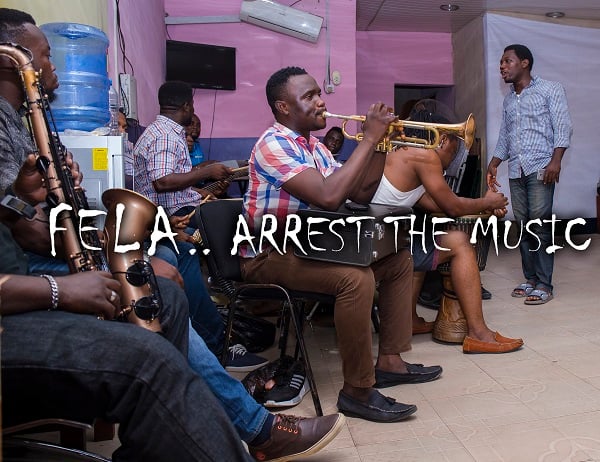 Fela: Arrest the Music is a reflection on our daily lives as Africans and a narrative of the lives we live every day and our struggle to rise above ourselves. 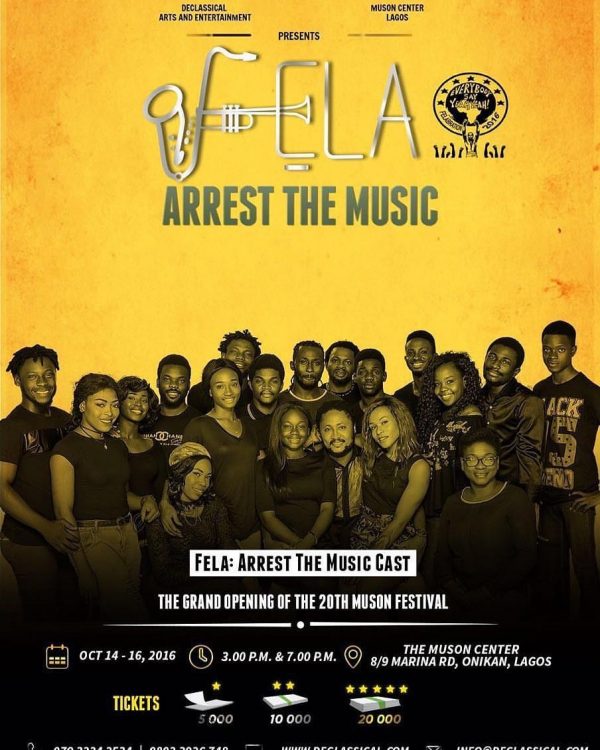