Isaac Fayose, the brother of Ayodele Fayose, former Ekiti state governor, has flaunted a receipt of the “seed” he sowed at the Commonwealth of Zion Assembly (COZA), a church founded by Biodun Fatoyinbo.

It is common to see members give monetary donations called seeds to churches in the hopes of growing spiritually.

Isaac took to Facebook on Sunday to share the receipt of his “N500k seed” donation to COZA, urging people to do the same. 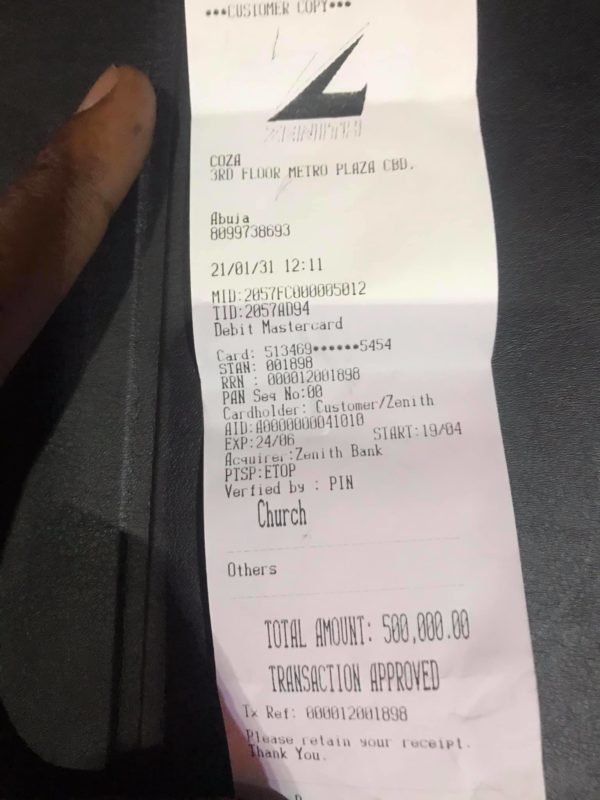 Isaac’s action has since ignited a plethora of mixed reactions on the social media platform with a segment of users condemning him for publicising the act on Facebook.

Ayodele, Isaac’s brother, became the second governor of Ekiti in 2003, after defeating Niyi Adebayo in the gubernatorial elections. Fayose, however, could not complete his tenure as a result of his impeachment on October 16, 2006.

During Ekiti’s 2014 governorship election, he emerged as the PDP (Peoples Democratic Party) nominee. He won and was declared the new governor of the state by the Independent National Electoral Commission (INEC).

Fayose had publicly declared his intentions to run for president in the 2019 general election. The politician, however, dropped his bid after his party advised against his ambition to become its presidential candidate for 2019.