On October 4, a legal notice filed against Joeboy, the Afropop singer, by counsels to Asa found its way to social media, stirring a wave of mixed reactions.

In the suit, Asa accused Joeboy of copyright infringement over a composition produced for her by Tempoe.

The music star demanded N300 million in compensation and a takedown of the material in question from the digital streaming platforms (DSPs).

Asa’s lawyers said Joeboy’s song ‘Contour’ infringed on the copyright of a musical composition owned by the songstress and produced by Tempoe in September 2020.

She also requested a written apology and a 60% publishing split on the record.

“The law does not permit the commercial use and release of any copyrighted material by any person other than the right holder without the obtention of a license from the rightsholders of such material,” Asa’s notice reads in part.

“We are therefore surprised to note that the song was recorded and released using our client’s material without contacting, requesting, or obtaining the required license from our client.”

Listen to ‘Contour’ below:

Tempoe, whose real name is Michael Chigozie Alagwu, is the record producer credited for procuring the beats to such hit songs as Omah Lay’s ‘Godly’, Ckay’s ‘Love Nwantiti’, and Joeboy’s smash ‘Sip’.

In July 2022, he sued Asa and P.Priime, another producer, in a copyright dispute that forced the former to remove ‘IDG’, Asa’s song with Wizkid, and ‘Love Me or Give Me Red Wine’, from her latest album titled ‘V’.

It was reported that the dispute ensued after the duo failed to reach a financial consensus thereto.

A part of Tempoe’s grouse also happened to be that Asa didn’t credit him on the two records.

Asa was said to have engaged the services of P.Priime to remake the beats.

This prompted Tempoe to seek the injunction that had the songs taken off the digital streaming platforms.

With the release of Joeboy’s single ‘Contour’ in August 2022, also produced by Tempoe, the music producer’s existing tussle with Asa spilled over. 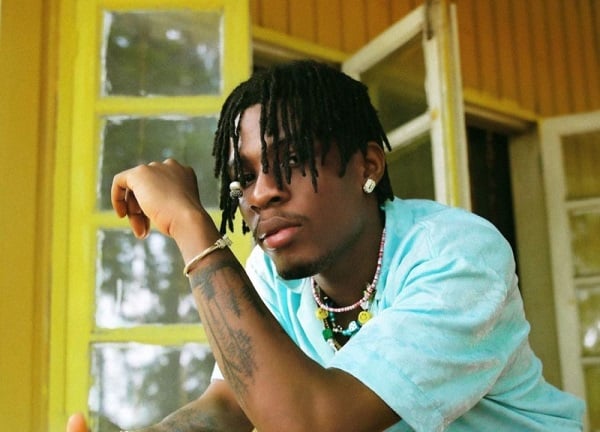 JOEBOY EMBROILED AS DISCORD SPILLS OVER

Asa filed a legal notice against Jeoboy where she alleged copyright infringement.

“We hereby demand that you immediately remove the Song from all DSPs and any other platforms within twenty-four (24) hours of your receipt of this letter, with a written apology issued to our client,” her lawyers stated.

“Halt any additional infringements of our composition, including any other infringements. We also demand the sum of N300,000,000 as well as a 60% publishing split on the song.”

Speaking about the dispute, Joey Akan, the music journalist, said: “Asa’s main case, according to the letter, is that she also co-created the beat during the recording session.

“So her letter establishes that Tempoe was in the room, but doesn’t give him any credit as a co-creator, just a session attendee. An injunction moves this forward or not.”

Joeboy’s response wasn’t diplomatic as the singer took to social media to challenge Asa to take her next course of action against him for flouting her 24-hour ultimatum.

The music scene and the wider creative industry have witnessed several rights-related feuds that quickly unfold into well-drawn-out litigations which in turn continue to put Nigeria’s copyright laws to test.

Musicians, producers, songwriters, sound engineers, and instrumentalists creatively collaborate on many occasions and at various levels without clearly defining the terms of their engagement.

Cases like this are a wake-up call that put a red brushstroke on the tendency for informality in showbusiness and nudge the creative industry closer to an era where systems and processes are upheld.

All eyes are on Asa at the moment as music industry observers remain on the lookout for her next line of action.

AY Live controversy, most searched topic by Nigerians on Google