Sodiq Yusuf, Nigerian singer better known as CDQ, and Charly Boy have joined protesters at the Lekki tollgate to commemorate the #EndSARSMemorial.

In a video obtained by TheCable Lifestyle, CDQ is seen trying to prevent some protesters from engaging in confrontation with security operatives at the venue.

The video clip also showed the rankled protesters shouting solidarity songs as they appeared to be daring the heavily armed police operatives on ground.

Attempts by the ‘Owo’ crooner to control the rowdy crowd proved abortive as some protesters were also seen trying to take photos with him.

Musician, @cdqolowo, talked protesters down as they faced-off with the police. #EndSARS #EndSARSMemorial pic.twitter.com/byjOMFxNDg

The demonstration, which is also holding in some states across the country, is to honour the Nigerians who lost their lives at the Lekki tollgate last year.

In October 2020, several youths had taken to the streets to protest against police brutality and demand the proscription of the now-disbanded special anti-robbery squad (SARS).

The protest, however, took a dramatic turn when soldiers opened fire on the protesters on the night of October 20.

Falz and Mr Macaroni had earlier led the car procession at the Lekki tollgate.

Below are photos of Charly Boy at Lekki tollgate: 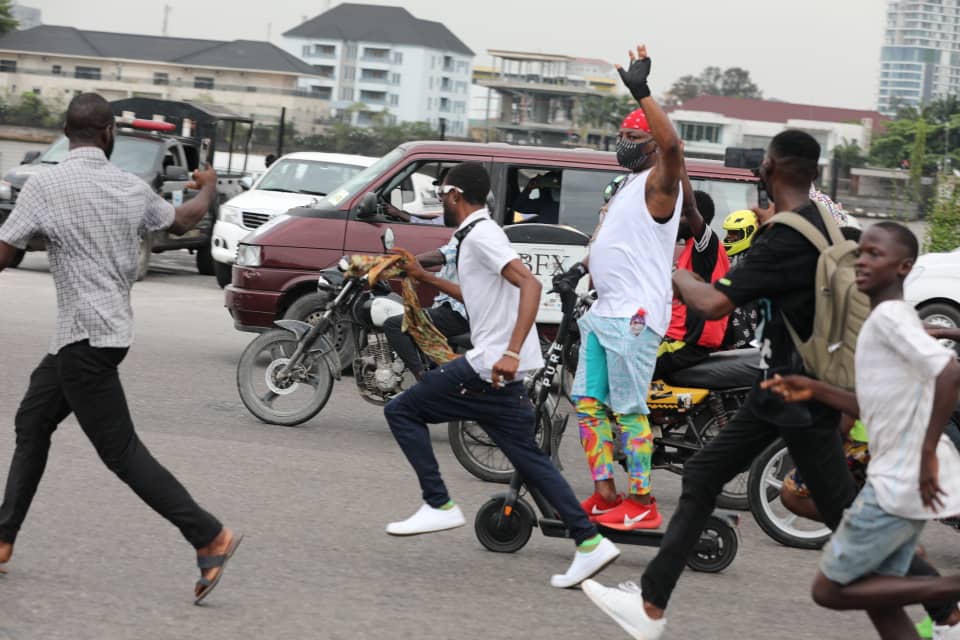 #EndSARS: Youth are their own problem, says Charles Awurum

I’m sorry… I lied about being a stripper, says BBNaija’s Tuoyo

Billy Porter: I have been living with HIV for 14 years