Runtown, a Nigerian musician, has made good his promise to protest against police brutality and extortion in Lagos.

On Thursday, the singer took to the streets of Lekki alongside, Falz, a rapper, and some youths to demand the scrapping of the Special Anti-Robbery Squad (SARS).

In some photos and video clips that surfaced on social media, protesters could be seen carrying placards while chanting #EndSARS.

The protesters also marched from the toll gate to Onikan police command, appeal court and through the Nigerian Law School to register their annoyance.

“We have to ginger everyone; we came to let our intention known that we do not want SARS anymore. They have come with all sorts of stories about reform, what they are allowed and what they are not allowed to do. But it is about time to completely abolish SARS. And that is why we are here,” Falz said in one of the videos. 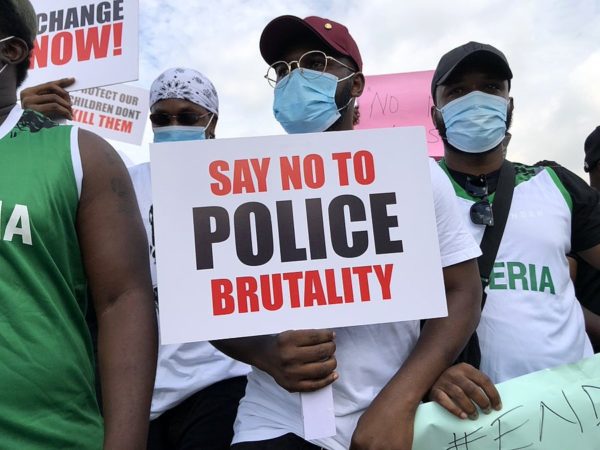 The renewed protests against SARS began on Saturday after a video showing a man allegedly gunned down in Delta by operatives of the police unit went viral.

As a result of this, Mohammed Adamu, inspector-general of police (IGP), had banned SARS from undertaking routine patrols and search duties.

Naira Marley, who had also planned to lead a peaceful march alongside ‘Marlians’, however, cancelled his protest on Tuesday.

Runtown and Falz showed up for real #EndSARSProtest pic.twitter.com/WlsgBUF7x8

At the Governor's Office. And protest continue next week Tuesday. I'm just happy Falz and runtown made this strong move. #EndSarsProtests #LagosProtestsAgain pic.twitter.com/IS6bPgudsl

Much respect and love to Falz, Runtown and everyone at the #EndSarsProtests