9 most eligible celebrity bachelorettes in Nigeria

Obviously derived from bachelor, “bachelorette” is a single, unmarried woman, therefore, an “eligible bachelorette” is a woman who’s widely desired, often as a result of her social standing, success, wealth and/or other admirable personal qualities.

Usually, the buzz around town is always about the eligible bachelors – whom the world desperately want to see tie the knot.

But in this age of female world domination, where girls and women are breaking the glass ceiling rampantly, it’s more than apt to spotlight eligible women.

Save for any secret wedding, these 9 fine women are the most eligible celebrity bachelorettes in Nigeria.

Bukola Elemide is a popular name on the Nigerian and French music scene. The neo-soul/alternative singer is known for her deep lyrics and traditional style of music.

Her appeal, which cuts across continents, has earned her a large fan base, loyal following and tons of admirers.

The 33-year-old Bed of Stone singer has not been romantically linked with anyone since the start of her career in 2007.

Speculations were once rife that the 30-year-old was in a romantic relationship with Banky W but she has tirelessly debunked the rumours, saying that she is “very single”.

Agbani Darego will be forever remembered as the first Nigerian to win the Miss World beauty pageant.

The 33-year-old model has been linked to D’banj, a musician and Timi Alaibe, former Managing Director of the Niger Delta Development Commission (NDDC). 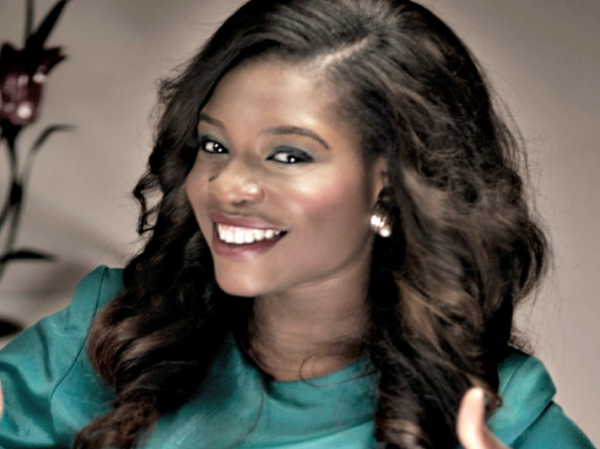 Kemi Adetiba , a 36-year-old music video and film director, is one of the best in her line of work, and she’s considered successful.

Some of her best works include the video of My Darling, a 2014 song by Tiwa Savage and the video of Tease Me/Bad Guys by Wizkid.

Adetiba recently spoke out against marriage shaming, urging fellow women not to be affected by societal pressure to settle down.

She has no known romantic affiliation.

As her movie catalogue and success skyrocketed, so did the number of eyebrows raised at her single status, increase.

The 37-year-old Nollywood actress has been romantically linked with Dapo Oyebanjo better known as ‘Dbanj.

Deborah Oluwaseyi Joshua, Nigerian singer and songwriter, has been rumoured to be involved with fellow artistes in the music industry.

The 30-year-old singer, who recently launched her career on the international stage, revealed in January 2106 that she’s in a private relationship.

I am in a very lovely relationship and I am happy about it. I am not going to talk so much about him but he is like my father and my best friend. Yes, he is Nigerian. I have known him for about a year now and he has made a big impact in my life. We are not ready to announce anything yet because I need to be focused. His family knows me and my family knows him and that is what matters” Sey Shay had said.

Bimbo Akintola, a veteran in the Nigerian movie industry, has featured in both English and Yoruba movies.

The 46-year-old actress, in 2015 stressed that marriage was not on the cards for her at the time, while in a separate interview, said her ideal man must be “clean, funny and have integrity”.

For Akintola, marriage is a huge step, hence she can’t rush into it.

“If I can’t see someone and say oh, yeah, I wanna be with this person for the rest of my life or even think it, I won’t do it. I say that all the time and people say oh my God, she said she would never marry, I can’t believe it. That’s not what I’m saying (Voice rising). I’m simply saying if I don’t see someone that I believe I can look at for the rest of my life, I won’t do it”, she said in a 2013 interview.

Iruobe Aituaje, Nigerian singer whose stage name is Waje, is known for her vocal prowess and was a judge in the maiden edition of The Voice Nigeria.

The 36-year-old single mother is certainly not in a hurry to get married.

She once said that it is not by force to get married while reacting to the death of Ronke Shonde, a woman beaten to death by her husband.

Waje has been romantically linked with M.I Abaga, rapper and Chocolate City president.

Beyond her prowess on the screen, Rita Dominic is known for her fashionable and graceful appearance.

Therefore, there should be hordes of men queuing at her door to seek her hand in marriage – but she remains single.

The Nollywood actress has been romantically linked with a number of celebrities including Jim Iyke and Mikel Obi.

Proposed movie ‘Nigerian Prince’ wins $1m grant in the US