Operatives of the Lagos zonal office of the Economic and Financial Crimes Commission (EFCC) have arrested Boniface Amandianeze and Olasunmbo Winfunke, owners of Buzz Bar, for alleged internet fraud and money laundering.

In a statement on its website on Monday, the anti-graft agency said the socialites were arrested recently at the Oniru Estate axis of the state.

It added that the arrest followed credible intelligence received by the commission about their alleged involvement in romance scam, business email compromise, benefit scam, credit card fraud and money laundering.

It also disclosed that four exotic cars, mobile devices, laptop computers, jewelry and wrist watches worth hundreds of millions were recovered from the suspects after their arrest. 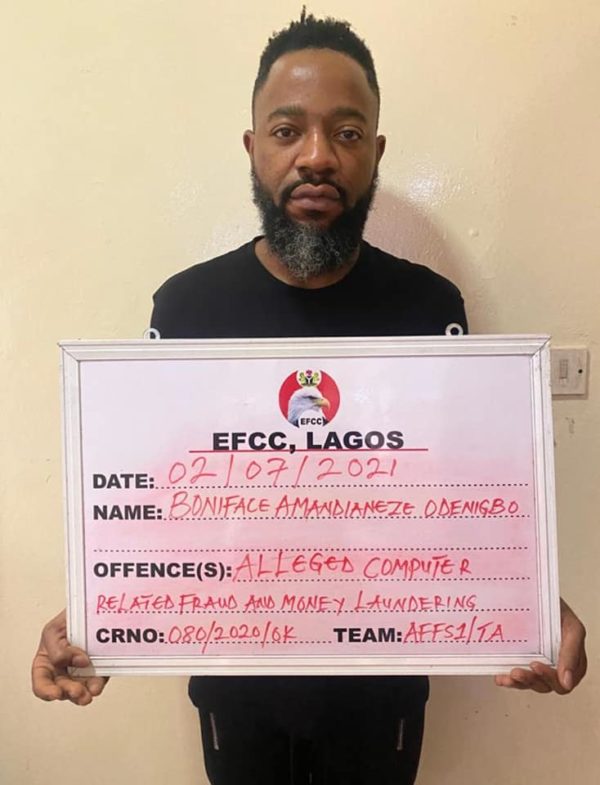 The statement said further investigations by the commission “have also established nexus with other associates who are suspected to be into computer-related fraud.”

The EFCC said the suspects would be charged to court in due course.

Winfunke is better known by peers as Summy while Odenigbo is also popular as Armani.

The duo are known for their flamboyant lifestyles on social media.

Winfunke is married to Tania Omotayo, a Nigerian socialite, and they have a daughter together.

AFRIMA 2017: The moment Wizkid’s speech got interrupted by fire

#EndSARS: ‘It’s far from over’ — Davido to meet IGP on Monday