Educating the so-called Marlians on who Marley really was

If there was a more volatile time to exist, then those who lived in the early days of 80s would know and understand much better what standing for a purpose means, and having a philosophy that depicts your character symbolises.

Many icons have come and gone, philosophers as well as orators, in whose trends a band was erected, and in not just their memory but as an emulation of their struggles. Bob Marley of Jamaica is one of this people. While back in Nigeria there is one who is already seeing himself as one, even on social media, his followers sees him as president, while its not as serious as it may seem, his negative impact on youths is spreading like wide fire.

Meanwhile, the Jamaican musician Born Robert Nesta Marley, better known as Bob, was born in Rhoden Hall to the north of Jamaica on February 6, 1945.

Been born to a Captain, Mr Norval Marley, a fifty-year-old white quartermaster attached to the British West Indian regiment and his mother, Cedella Booker, was an eighteen-year-old black woman. Which is to say, even at such era, early marriage was encouraged, not just walk around and dump your flesh residue in different tanks

Bob Marley was a fighter, a lover of freedom, and of his career was to be given a short review, it would go thus; Both religiously and politically, the Rastafarian movement started in Jamaica in 1930s and drew its beliefs from many sources, including Jamaican-born black nationalist Marcus Garvey, the Old Testament, and their African heritage and culture. Bob Marley eventually joined the movement in regard to using marijuana as “wisdom weed” that had grown on the grave of Solomon.

THE ONLY MARLIAN WAS BOB MARLEY NOT THIS NUISANCE

Bob’s belief in One World, One Love was inspired by his belief in Rastafari. It not only influenced his music and spirit, but it also influenced his appearance. Rasta men embraced the look of long dreadlocks and beards. Bob came to embrace the appearance, the weed, the movement, and all of the powerful aspects of Rasta. Bob especially embraced the signature music of Rasta known as reggae, and then made a career of conquering it. In a nutshell everything about the first, true and only Marlian was with a purpose and driven for positivism.

A little profiling would do about Marley, but the premise of this article is via, the immoral trend of Nigerian musician, one Mr Azeez Fashola, better known by his stage name, Naira Marley, who to so many youths aired their opinion, while to some his vulgar approach to sensitive issues through music needs to be checked and if the system would do nothing to stop this, then to the few who still understand what value means, and remember culture, then to those few what is abnormal will continue to be abnormal no matter how sweet coated its made to be. And gladly I would be excited if they continue to disregard this menace.

The Nigerian entertainment industry is gaining weight by the day, and is head and shoulder above its African counterpart, which is a joyful thing to the country, amidst the dangerous economic situation and political tension in the country, Nigerians have no where to turn to in seeking for solace, little wonder almost all Nigerian youths sip in whatever comes from the reservoir of the music industry.

Today, the industry now thrives on the ever growing immoralities among the youths, Kareem Itunu Azeez had laid emphasis on this in his article some months back, titled “The Songs that raised us” a dedication to Segun Akinlolu (Beautiful Nubia) when he called the industry a “Noise industry”. This is to let you know very well that not just the recent trend of the so-called Naira Marley, that is influencing them, but a known fact that the Nigerian youths of today have gone far worse than the ones that raised us, especially entertainment wise, they simply hide under the cloak of,, ” We are in a computer age”

The 25-year-old Nigerian singer, who tagged himself a Marlian, today might be earning a living through the entertainment Industry that no longer have censorship or perhaps no longer works, but having been convicted for crimes known and unknown is sure enough reason to vet his personality, but once again Nigerians follow beats not message in the music. The future is sure doom if fraudulent messages are encouraged openly through music, and unfortunately even played in open party, where the internet age kids assimilate faster even than a super computer nowadays.

You try to switch on your television set, and the only form of dance you see is children younger than expected dancing to what they refer to as ” Leg work” some say “Tesumole” and many others, which make no meaning but further water the decaying part of our unmonitored lifestyle. There would be no point comparing today’s Nigerian youths with that of countries of which population is of advantage, while they progress using their population cleverly, we kept on ridiculing and criticising the government who has done nothing, meanwhile, many sit at home and become twitter and Facebook comrades. As we graciously regress.

WHAT DOES BEING A MARLIAN MEANS?

The fact that it has no recognized etymological meaning further streamlined us to its subjective meaning, which definitely must have been picked from the Jamaican legend “Marley” although there is room for self chosen words, but definitely the person in reference to, can’t be so clever to have created his own name. Having been picked from the Jamaican musician, then it is an assumed believe that been a representative of a particular brand means you will exhibit the traits of such characters, at least to some high degree, if you are a Nigerian, you probably must have been born in Nigerian, A Malian is a citizen of Mali, followers of various philosophers are known by the name ascribed to them by their philosophy.

Therefore, Naira Marley is calling himself a Marlian then he should however exhibit the true traits of Bob Marley, as well as his followers and youths who are just pushed without any purpose. But having falter badly by this assessment it shows he only is a nuisance to the morality of the environment we found ourselves in. In proper perspective, the only thing he represent is the pointless smokes of weeds freely in his shows and concerts. A true Marlian don’t do that.

If you are a Marlian, you must have been wired to think there’s no joy in the situation you find yourself, and probably won’t care whatever happens to you and your next line of action. You definitely listen to musics that often time depicts your current mood, and still you balance the equation by justifying your actions with unreasonable proofs, issues like why you are poor and justification for engaging into frauds, why the government is not functioning, then justifications like disobeying laws and orders, bad parenting and justification like, been vagabonds, why you are single and broke, and you tends to justify your self by either engaging in casual sex or even rape. The list is endless and a troubled country has so much more to deal with including this, then we are a country fading into abys.

More than 40% of today’s youth when you use Lagos as a case study now don’t even have a legal means of survival, if its not cybercrime, its hooliganism, they now camp themselves in number under incomplete buildings, some are even bold enough to publicly display their mental neurosis, which sons and daughters of reasonable parents do that.

And they call themselves Marlian they complain of been unemployed, but I tell you there are various opportunities around, and all it takes is for this opportunity to be explored, but the Nigerian Marlian mentality is wired and designed to make quick money or die trying, and I tell you, I hope they do meet their Waterloo while trying. 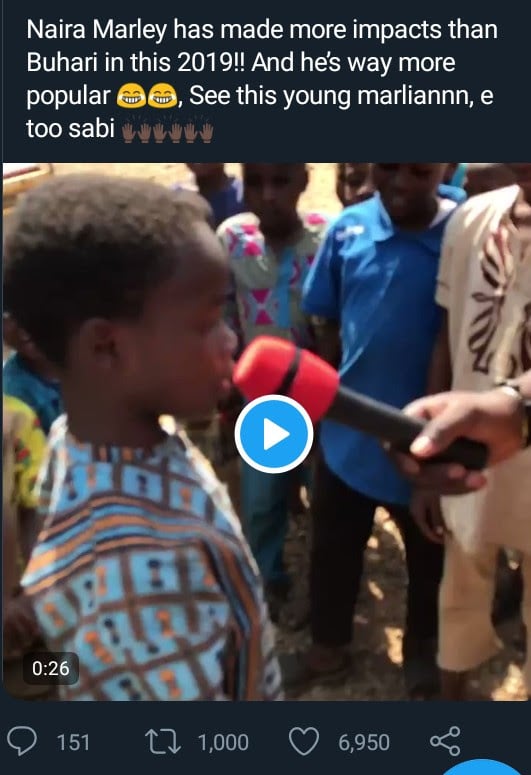 And according to the urban online dictionary, it States that, “A ‘Marlian’ is a (true) follower of popular Nigerian musician Naira Marley. Also known as his ‘no-belt-gang’, this group of people are very devout followers of Naira Marley and are known to usually be skilled in illicit activities such as 419 and yahoo”

Bob Marley was known for his inspiring quotes, and strong messages, i would continue to rememeber one of my favorite, when he said, “Does possession make you rich’ my wealth is life forever” it would be a shame on my side to compare both in terms of intelligence, however claiming to represent what you are not is another reason why such followers should be schooled, and it doesn’t matter whether they change their narrations or not, the fact remains, “A man with shame won’t behave the way this current youths, behaves they called themselves Marlians. And all they know is making money and sleeping around freely and aimlessly.

Returning back to the Bob Marley quotes and inspiring messages, it would be a waste of time trying to give you quotes from the Nigerian musician, as flurry of his quotes and messages are online for his loved ones.

However the trouble for me isn’t even the musician currently, it is the amount of people he has gathered overtime, the jobless as well as the ones struggling to make ends meet, the ones into the wrong side of the divide, who engage in terrible and immoral acts, the trouble furthermore is the fact that, through his ” No message” musics and lifestyles the coming generation are been contaminated. At least if our generation seems to be a wasted generation, as often time proclaim by the Nobel Laureate, (Wole Soyinka) at least the young should be allowed to grow.

As I pause for now, getting rid of this menace therefore may be daunting, as a matter of fact, its almost impossible, due to the psychological aspect of those who have already buy the idea, just like the advice shared by Bimbo Ajinibi, through Wole Street journal, Parents will still continue to monitor their growing kids, and those who are old enough, know too well what is good is totally different from what is bad, irrespective of how we brandish it, or irrespective of how we think it boost our morale.

And for any negative vibe creator in the form of Marlian should be mercilessly dealt with. If we can’t channel our anger and pain as reasonable youths to the elites dictating our future, we shouldn’t corrupt the mind further into total mess where redemption is far.