Peter Okoye, Nigerian singer better known as Mr P, has come through with ‘The Prodigal’, his much-awaited debut album as a solo artiste.

The 39-year-old songwriter announced the release of the 16-track project to his numerous fans on Friday.

“The Prodigal Album is officially out! Big congratulations to us all, Team P! We did it! God bless y’all… Available on all music streaming platforms,” he wrote on Twitter. 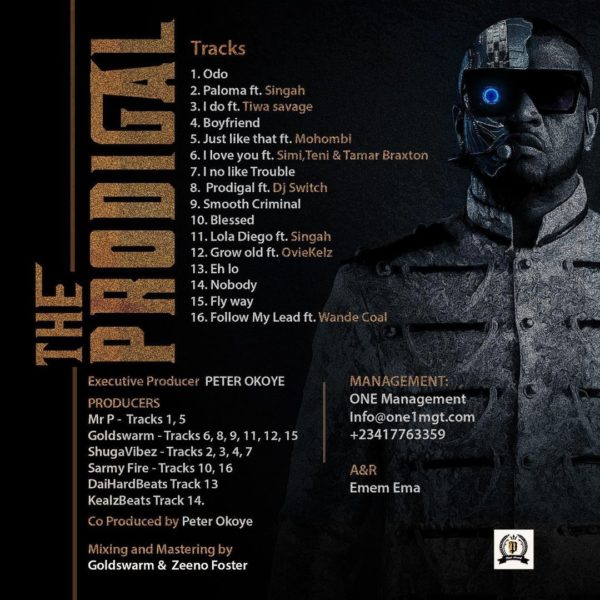 Peter’s album comes about five years after the controversial split of Psquare, the now-defunct music group he once shared with Paul Okoye, his twin brother.

The duo were said to have parted ways after a disagreement on the role of Jude Okoye, their older brother and immediate past manager.

Peter had recently said fans contributed to Psquare’s collapse by constantly debating on who is better between the pair.

“For those trying to troll us, if it is painful for you, it’s not painful for us… don’t let me hit on you guys because you guys don’t even deserve it. Because you guys are among the people that contributed to the break-up. Two brothers doing their own thing, you try to say one is better than one. Una don get wetin una want,” he had said.

Seun Kuti: I hope to get a Grammy nomination for ‘Black Times’