On December 20, 1993, Donald Trump got married to Marla Maples, his second wife.

The US president-elect, who has been married to three wives, publicly separated from Marla Maple four years later and got divorced in 1999.

For her wedding, then-aspiring actress, Maples, wore an off the shoulder Carolina Herrera gown and a $2 million dollar tiara featuring 325 diamonds.

Guests at the wedding were served $60,000 worth of caviar, as well as a feast of sushi, smoked fish, lamb, turkey, beef, and a six-foot vanilla-cream wedding cake.

Marla, Donald Jr., Ivanka, and Eric, Trump’s children, chose not to go for the wedding. 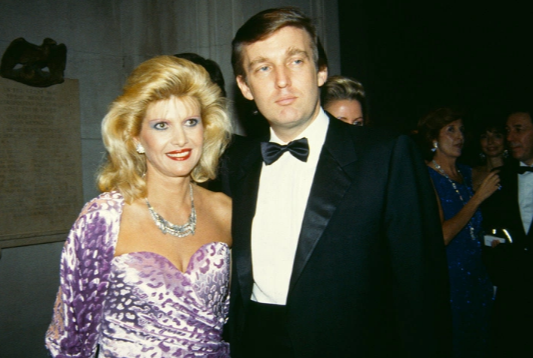 According to Express, Maples became Trump’s wife through her effort to initially fix the crumbling marriage of Trump and his first wife.

The couple had a high-profile affair while Trump was still married to Ivana, a Czech-American socialite.

“It was awful. They wouldn’t leave my family alone,” Maples told People magazine earlier this year.

“I wanted to fix everything. I like to fix things for people and suddenly here’s all these stories out. I couldn’t keep up.”

Maples gave birth to Tiffany, Trump’s other daughter, in October 1993.

Melania Trump, the Slovenia-born American and former model, became Trump’s third wife in 2005 and they’ve been together ever since.

Teddy A and Bambam, ex-BBNaija housemates, visit ooni of Ife

Don’t visit my house without your PVC, Peter Okoye warns