Djibril Cisse starts life as DJ after retiring from football

Djibril Cisse has announced his official retirement from professional football at the age of 35.

After several attempts at a comeback, the former Liverpool striker is looking to start a career as a disc jockey and music producer while building his clothing line Mr. Lenoir.

Cisse had first announced his retirement in October 2015 having been sidelined by a hip injury.

Following a successful surgery, the Frenchman attempted a return to the game last April but failed to find a club.

“I loved being a footballer, and so far the ball has been my life,” said Cisse, who will also work with Yahoo Sports in France.

“I would have liked to continue playing but I must admit today that football is over. With the same passion, I will devote myself wholeheartedly to my career as DJ, producer, and consultant, as well as developing my clothing brand.

“Thank you for all your support. The adventure continues, another life begins. A lion never dies,” he said.

Cisse will be remembered for scoring a penalty in the shoot-out against AC Milan in the 2005 Champions League final in Istanbul, Turkey, and for netting in the FA Cup final win over West Ham United the following season. 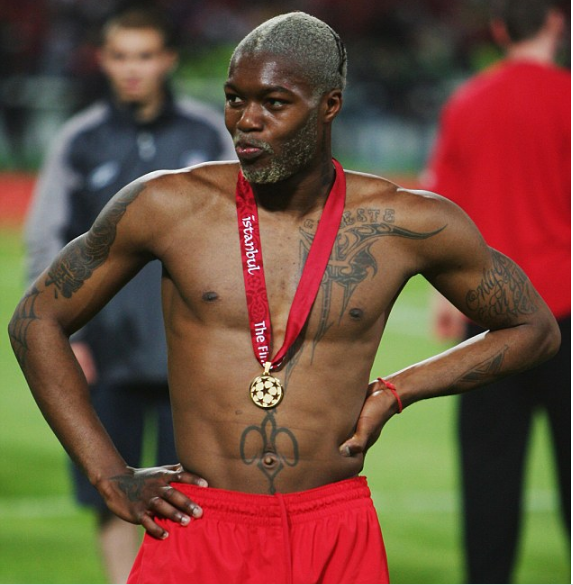 The ex-footballer cost Liverpool £14.5million when he was signed from Auxerre in 2004. He went on to score 24 goals in 79 appearances during two injury-hampered seasons.

Cisse also played for Sunderland and Queens Park Rangers in the English Premier League before ending his career at Saint-Pierroise in the French overseas territory of Reunion.

DJ Olu’s family speaks on his death, says ‘it’s not easy to bear the agony’

Gifty Powers: Why must every Nigerian song have a Ghana tune?