Over two decades after the death of Christopher Wallace — better known as Biggie Smalls — his closest collaborator and longtime friend, hip-hop mogul Sean ‘Diddy’ Combs, is still suppressing the pain.

Diddy says he has not yet dealt with the loss of Biggie, revealing that he has suppressed any emotion and memory attached to the incident.

Regarded as the greatest rapper of all time, Biggie was killed at the age of 24, and in his prime, musically. 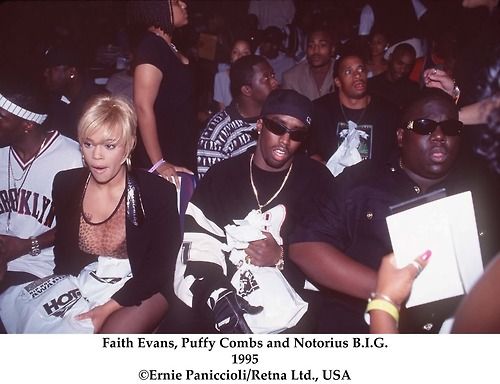 His 1997 murder in Los Angeles, California, remains unsolved until this day.

In an interview with GQ, Diddy was asked if he had spoken to a therapist about Biggie’s death, and he said: “Nah… I haven’t dealt with any of that yet.

“I try to get into it, but…that’s something that just hurts so bad. That’s a time that’s still suppressed.”

Biggie released only one album in his lifetime – 1994’s commercially successful and critically acclaimed ‘Ready to Die’.

His second album ‘Life After Death’ was released weeks after he was killed.

Diddy also told GQ that he is collaborating with Jay-Z on an app that will allow users find black-owned and black-friendly businesses.

“This is not about taking away from any other community. We’ll still go to Chinatown. We’ll still buy Gucci,” he said.

“But the application will make it possible for us to have an economic community. It’s about blacks gaining economic power.”

Diddy and Jay-Z are the richest hip hop moguls in history. One of them will be the first hip hop artiste to cross a billion-dollar in net worth.

Etinosa: My boyfriend is 10 years younger but huge down there

Genevieve Nnaji: Why I decided to become a movie director