Tagbo’s death: Enough is enough… a footage will soon be released, says Davido

Singer Davido says he has had “enough” of the allegations being levelled against him over the death of his friend Tagbo Umeike.

The police had on Wednesday said Umeike died from suffocation and that Davido lied during questioning.

The singer subsequently took to Instagram to react to the development, saying, “soon a statement and footage will be released”.

He wrote, “Lies everywhere due to respect for Tagbo and his family, I haven’t spoken about this issue since.

“God bless you guys!!! everyone be safe. My heart is pure and the world knows, please God keep my heart the same. Plese don’t give me a change of heart Lord, I shall remain a giving being.” 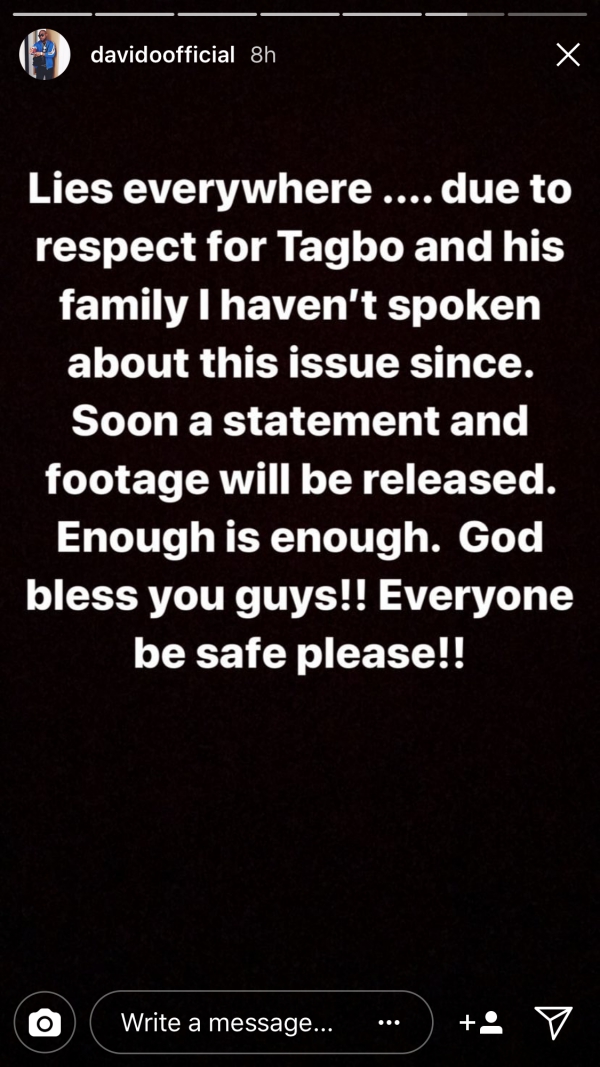 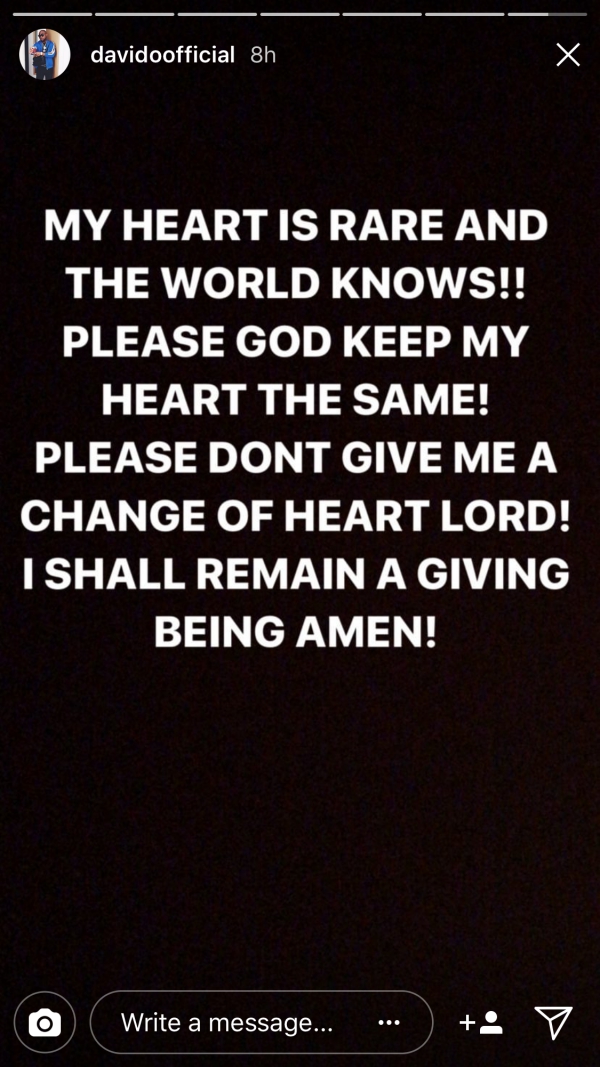 Davido was reinvited for questioning after the police said he did not give an accurate response when asked about the time he became aware of Umeike’s death.

Umeike’s family has released a statement saying it believes there is more to Tagbo’s death than meets the eye and that it will “ensure that the truth regarding the circumstances of his passing will be brought to light”.

Another friend of Davido, DJ Olu, died a few days ago.

The disc jockey and a friend Chime Amaechi were found dead in a BMW in an underground garage in Banana Island, Lagos.