Dammy Krane has been added to the roster of Davido Music Worldwide (DMW), label owner, Davido, made the disclosure Sunday morning. 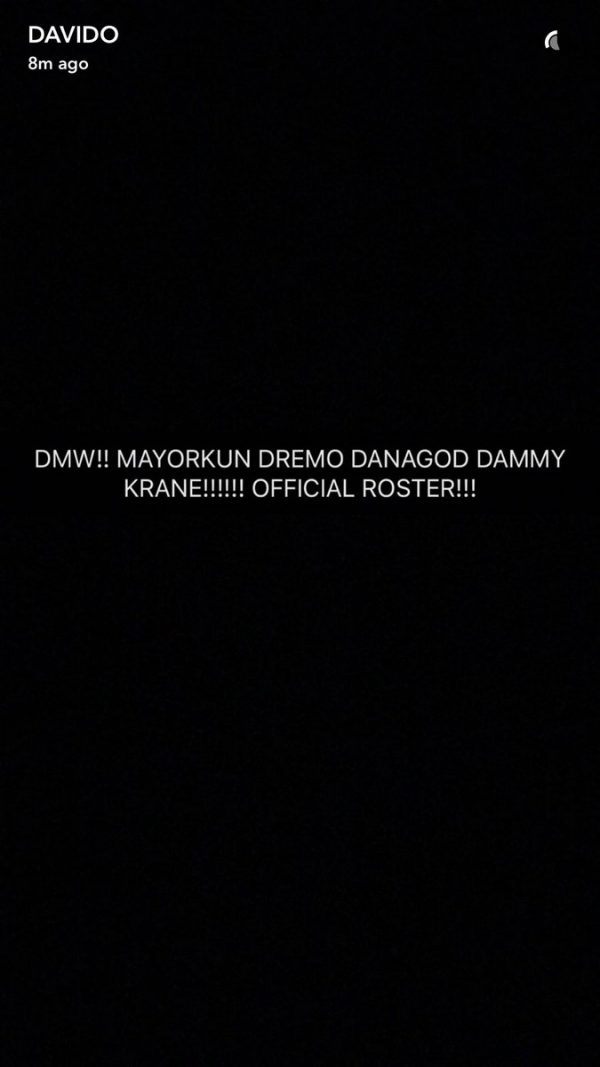 The ‘My Dear’ singer during his time with Hypertek released a string of hits, put out an album ‘Enterkraner’, and got into a famous social media/physical altercation with Wizkid.

At the moment, it is unclear if Dammy Krane’s contract with Hypertek has lapsed. TheCable Lifestyle has reached out to the management for clarification.

The ‘Aiye’ singer now appears to have effectively parted ways with Sina Rambo and B-Red, his cousins whose music careers have failed to lift off in spite of series of releases.

Femi Kuti holds single musical note for 46 minutes — but did he break a record?

DOWNLOAD: Rema talks about harsh realities in ‘Peace of Mind’