It’s not just Wizkid, whose long-overdue studio album ‘Made In Lagos’ has had fans feeling uncertain as to his chances of meeting subsequent music release schedules. Burna Boy was also meant to drop his Grammy-fit studio project titled ‘Twice as Tall’. As if that wasn’t enough, Davido, whose creative mingle with artistes of global reckoning must have had music executives rethink previously subjective stances regarding the prospects of Afrobeats in global entertainment, similarly scheduled ‘A Better Time’ album and failed to stick to release date.

But beyond production planning, recording schedules, and preset deadlines for creative releases, too many factors come to play such as to determine not just when musical projects are put out but also how they’re presented and promotional strategies to ensure positive feedback is maximized.

Nigeria’s music scene might seem small but music executives readily admit it’s a different ballgame during talks regarding the timing of projects partly on the basis of what big artiste is likely to put out their works at around the same time and what that spells for how much attention theirs would receive.

Burna Boy’s redefined standards and the quest to ‘shake Africa’

Losing a Grammy to Angelique Kidjo at a time when critics were waiting to sing I-told-you-so, no doubt, dealt Burna a heavy blow, prompting his decision to glean intelligence from multiple quarters and name his next album ‘Twice as Tall’, suggesting he knows better how to play the game.

Set for a record-breaking comeback, the Afro-fusion king had fixed for July to release his body of work but there went the seventh month of 2020 with no word from him. Having aimed at a larger audience, it’s almost evident that even festivity, which many consider a green flag, wasn’t enough.

Sick. Totally sick. But my musical Mother @angeliquekidjo told me everything I needed to understand about the Grammys. So now I’m “Twice as Tall” (that’s the name of my next Album by the way dropping in July by the grace of the most High) https://t.co/JKExPQMROe

However, as his likes consolidate their place in global showbusiness by featuring prominent artistes from Africa, Europe, and America, Burna Boy’s collaboration with Sam Smith augments his fanbase ahead of his album by tapping into the queer people—seemingly absolving him of homophobia.

Of course, it’s not for nothing that he sought, from the outset, to establish his brand as Afro-centric, leaving his footprint on the US’ music scene after enlisting African-American crooners including Jorja Smith, Jeremih, Damian Marley, and Future for his critically acclaimed ‘African Giant’ album.

Although there’s evidence his past controversial stance on homosexual relations still haunts him as he carefully navigates gender politics, many would argue that his creative engagement with Ed-Sheeran, an A-class English singer, also ensured he’d leverage on the music audience in Britain.

Davido’s collaborative strategy and the countdown to ‘A Better Time’

Like his peers, David Adeleke, who has been on the roll in the Nigerian music scene — releasing hit after hit such as to be one of the top entertainers who many emerging creatives look up to — is also in the know regarding the quest to further extend Nigeria’s music influence to the western world.

After his much-acclaimed album ‘A Good Time‘ debuted — featuring singers including Chris Brown, Summer Walker, Gunna, and A Boogie wit da Hoodie, Davido had fixed his next project ‘A Better Time’ for July, revealing his plan to score yet another point with a Nikki Minaj collaboration.

But, as it turned out, that schedule was not to be. David had, prior to the release of his third studio album, hinted he was looking to bring Justin Bieber, Canadian singer, aboard alongside Brown, but ended falling for what conservatives music lovers termed serving the chicken before the meal itself.

Unlike Burna Boy and Wizkid who turned in one collaborative each single to assuage their fans for the unmet schedules, Davido neither released a tracklist as expected nor fuelled adulation from fans as was the routine among indigenous artistes to suggest that a creative release was underway.

He didn’t precisely say he would release his album in July. Yet the 30-year-old hip hop star has had an uncanny penchant to fuel speculations, leaving many to dine in their own wild guesses without a word. Since October 2018, Wizkid has been talking about his project which is still yet to be out.

I been working on my album and my spirit.

Finally done! So you know what that means! 😤😤

Many would argue he had simply made a cryptic comment “I feel amazing…16/7″ after the pressure from fans, subsequently expressing gratitude to the artistes on the long-overdue project. 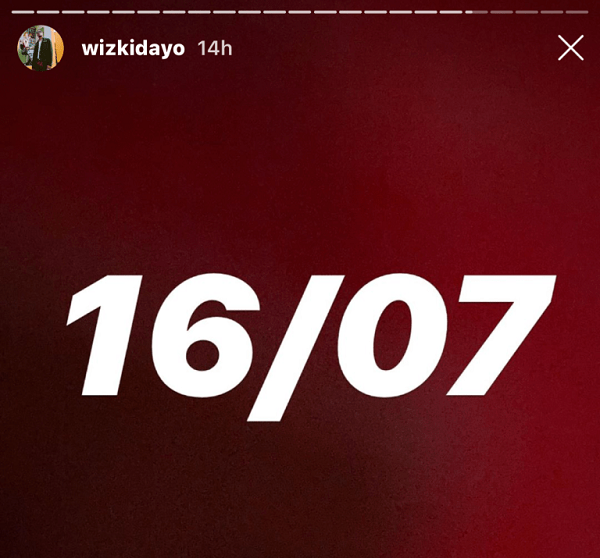 But he had teased the tracks on the body of work a number of times enough for his fans to take his word for it. The suspense might seem an ideal buildup towards an album’s drop. Multiple release dates that end up unmet can as well become counter-effective. But whether or not the delay obtains from the sheer quest for dominance among the heavyweights, Wizkid, no doubt, has to make it worth the wait.