‘My Dear’ singer, Dammy Krane, has been arrested in the US for alleged grand theft and credit card fraud, according to the information on JailBase.

JailBase is a website containing a database of arrested persons.

The singer was booked as Oyindamola Emmanuel Johnson-Hunga by the Miami-Dade County Corrections, Florida, on Friday. 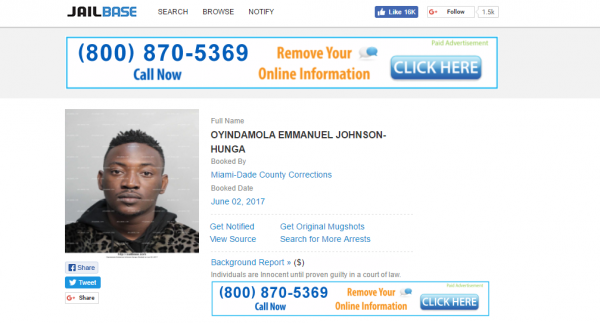 Apart from the aforementioned alleged crimes, Dammy Krane was also booked for armed conspiracy, forgery, and intent to defraud.

The singer was arrested alongside a certain Ilochukwu Chukwuebuka Gabriel.

He is currently being held at the Turner Guilford Knight Correctional Center in Miami-Dade. 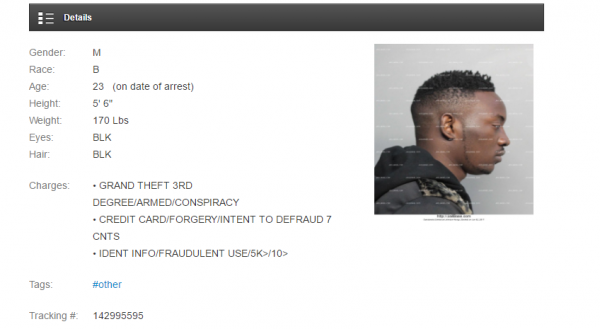 Series of telephone calls made to the Miami-Dade County jail by TheCable Lifestyle were unanswered at the time of filing this report.

The automated voice response repeatedly said the operator was busy.

The singer was in September 2016 added to the roster of Davido Music Worldwide (DMW), according to label owner, Davido.

Four years prior – in January 2012 – he signed a record deal with Hypertek Records, owned by 2face Idibia, iconic singer.

During his time with Hypertek, he released a string of hits and put out an album ‘Enterkraner’,

A month after the reported joining of Davido’s label, Dammy Krane was not listed among the supporting acts for the European tour of the ‘IF’ singer.

Dammy Krane has been in the United States for the past few months. He recently said that his new single ‘Ohema’ will be released on Friday, June 9.

Terry Apala: I was robbed by men with cutlass in Lagos traffic

I want to perform ‘Buga’ at the World Cup, says Kizz Daniel