For many citizens of Lagos, especially inhabitants of Lekki, it was the reverberating shriek of #EndSARS protesters and the crackling gunshots that turned what would have been a restful evening into one that birthed bullet wounds, stampede, and utter chaos.

The night of October 20, 2020 — when operatives of the Nigerian army stormed the Lekki toll gate and opened fire on armless youth who stationed there for nearly two weeks to protest against the alleged brutality by operatives of the now-disbanded special anti-robbery squad (SARS) — has continued to attract criticism from the global community.

Yet, DJ Switch is still on the run! The popular disc jockey had spearheaded a team of activists to offer help to wounded protesters. On the night the shooting ensued, she had initiated a live stream, several clips from which showed her and a group of protesters attempting to remove a bullet lodged in the thigh of a young man gunned down in Lekki.

Although Switch had been in the limelight over her status as an entertainer, her role on the infamous night of the incident further beamed global attention on her, not as a local disc jockey but as a protester over some of the claims she made in the wake of Lekki shooting.

Some wonder how DJ Switch switched from being a disc jockey treating party-savvy youth to the carefully selected songs on her tracklist to a strong voice in the #EndSARS narrative. Well, many more got to know her after her stint as a DJ in this year’s Big Brother Naija (BBNaija) show, where her Saturday night feature caused viewers to suggest her as a replacement for DJ Cuppy.

But long before then, she had tasted fame. Switch, whose real name is Obianuju Catherine Udeh, had emerged winner of the first edition of The Glo X Factor in 2013. She is the last of eight children, from Udi in Enugu state. The disc jockey is also a Geology graduate from the University of Port Harcourt, Rivers state.

Switch started her entertainment career as a DJ and moved on to become a songwriter, as well as a musician. She first gained popularity when Da Pulse, her group, emerged winner of the 2009 edition of Star Quest, a reality music contest. They went on to release a hit song titled ‘So Te’ and featured Busta Rhymes, a US rapper, in its remix. After emerging winner of the maiden and only edition of the Glo X-Factor in 2013, she signed a record deal with Sony Music as part of the prizes for the winner. 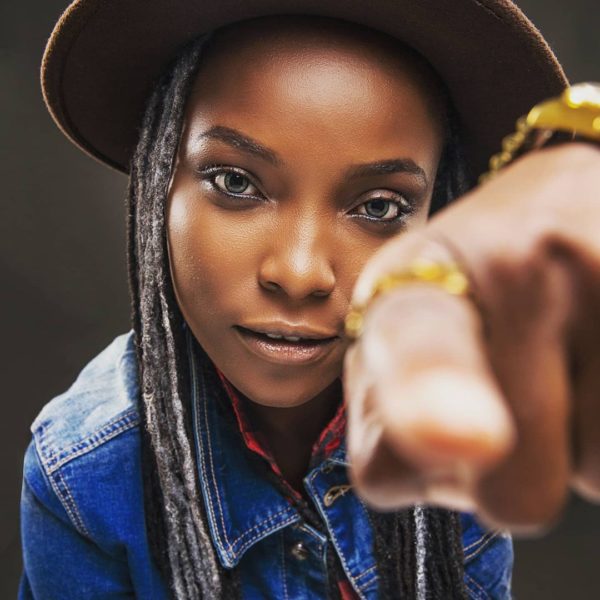 Gunshots & the night of October 20

On 20-10-2020, there were two places every Lagosian could have been: lying belly-flat at protest grounds or locked up within the confines of their homes just after Babajide Sanwo-Olu, the state governor, declared a curfew to restore calm amid the unrest that followed as thugs hijacked the protest.

Many were glued to their smart devices to catch a clue as to what was going on when prominent celebrities took to their social media platforms and called on their respective audiences both locally and internationally to get on the Instagram live of DJ Switch who filmed the scenery and some of the victims of the shootings.

Of course, it was nearly impossible to get a clean shot amid the stampede and chaos from such scenery — coupled with the fact that it was in the evening — but the clips from the live stream showed the DJ helping injured protesters to an ambulance just as other protesters were seen giving CPR to another young man who was lying unconscious. She also alleged obstruction by the army.

DJ Switch would later grant a series of interviews in the successive days where she opened up on her experience at the scene. While there have been conflicting accounts as regards the casualties, Switch claimed that at least 15 persons were shot dead on the night while several others sustained injuries of varying degrees.

“We were teargassed. We would run and come back and the only thing we fought with was our flags. We would sit on the floor and raise our hands up, waving the flags and singing the national anthem. That’s all we had. They put off the light. Even if there is no power in that axis on a good day, there is always light at the toll gate,” she had said.

“The military was there killing Nigerian citizens. The police and SARS came and were doing the same thing, aiming and shooting. They were pointing the gun at us and shooting live bullets. Who takes live bullets to protest ground?

“Something I think about now, with hindsight, which I wished we hadn’t done was carrying the dead and dropping at the feet of soldiers so that they could see what they did to us. They ended up throwing the dead bodies inside their vans. When I was doing my video, seven died. When my phone went off, we had counted about 15 people.” 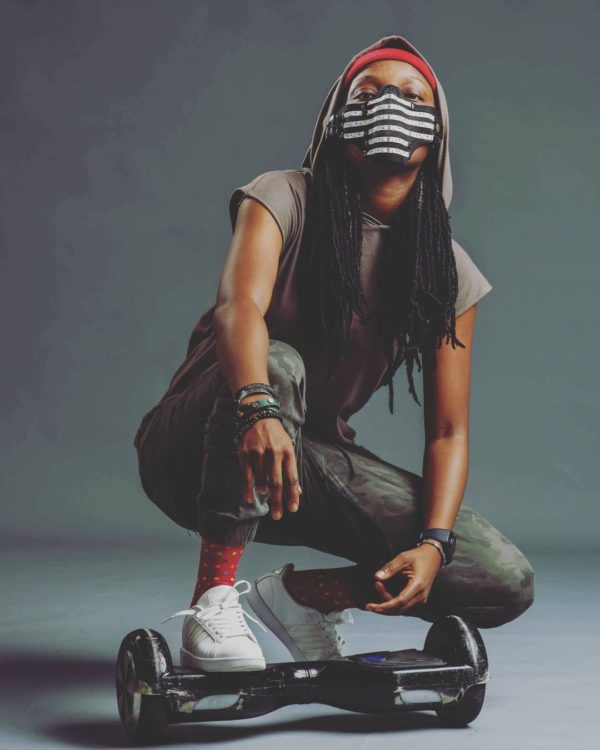 After the incident, Sanwo-Olu had blamed forces beyond his direct control while the army had initially denied being responsible for the Lekki shooting. The federal government had also vowed it would investigate the case, yet, DJ Switch continued to spread her narrative to the global community, many of whom reached out to her.

On October 29, Switch alleged threats to her life over her involvement in the protest. She also recounted how a friend who works in the intelligence community called to warn her to stay “off the streets”. She, however, vowed not to relent in telling the world what transpired at the toll gate axis regardless of the threats.

“I have already been threatened. I’m frightened. I can’t even lie about that. I’m scared. He called and said, ‘Please Switch, we actually need you to get away from the street because you have been marked as the face of that protest. It doesn’t stop me from saying the truth. I’m still going to say it, and I just hope I’m not going to die,” she had said.

On November 9, a video of the DJ testifying before a committee of the Canadian parliament surfaced. In the video, Switch alleged that soldiers who shot at unarmed #EndSARS protesters at Lekki toll gate told her they were acting on “orders from above.” Rumours later spread that she had fled the country to seek asylum in Canada.

“I have been on the move. They have been after my life. The first threat came in, I thought it was a joke, I sincerely thought it was. Just as I was leaving, I got a phone call that I should leave the vicinity because there are military men at the hospital. I abandoned my home; moved to people’s home, and then just to get out of Nigeria,” she had said.

But the army denied being after Switch, saying: “Some people take delight in misrepresenting Nigeria, the armed forces, and particularly, the Nigerian Army to the international community. We have bigger fish to fry, and that is how to stabilise Lagos. We can’t be bothered chasing one or two people. Where she got that from, I do not know.” 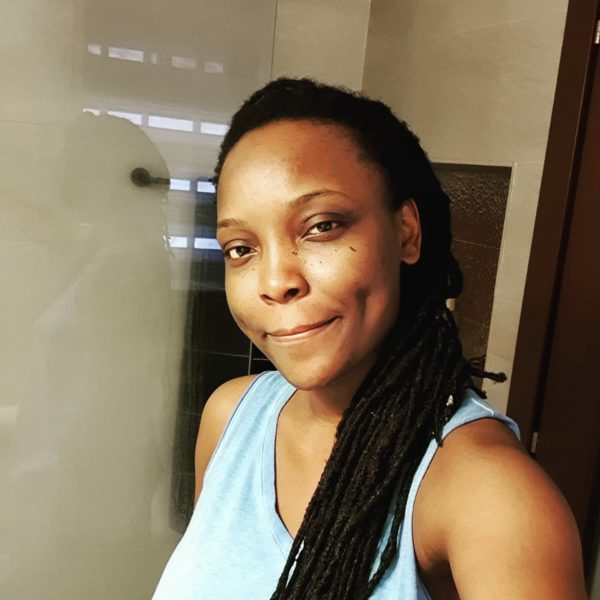 On November 18, DJ Switch also granted an interview wherein she challenged Sanwo-Olu to tell “the truth” about Lekki shooting. She claimed Nigeria runs a dictatorial system with a democratic facade to look good before the international community. She stated that her intention is to return home when she can no more be silenced by the government.

“We call ourselves ‘soro-soke’. That means ‘speak up’ unlike in the past when they oppressed and misinformed our parents because they didn’t have social media. They owned media houses. They owned the newspapers. But this is, it’s different. And that goes to the end where I said I believe strongly that Nigeria will change,” Switch told CNN.

“It’s not a sprint. It’s a marathon. The shock for me was to see that something that gave me such a belief. I never thought I would see Nigerians come together to demand change an end to police brutality with one voice. I never thought that the government, being their first time of seeing this would respond the way they did.

“Seizing the passport of Mo, for example, arresting Eroms, and chasing people out of the country. Being given a second chance in life, I don’t know what will happen to me or my career. All my bookings, everything is gone. What I do know is I will use this opportunity to tell this story. My home is to go back home. I don’t want to run anywhere.

“People think that I have sought some sort of asylum. That is not the fact. But you can’t chase down everything, those things are not important. I want to get my story and the story of other witnesses out there. When I’m done, I go home. If they want to pick me up, no problem. There will be nothing to try and silence me for anymore.”

But on Thursday, Lai Mohammed, minister of information and culture, while addressing CNN’s recent investigation of the Lekki incident, described DJ Switch as a “fraud, who will soon be exposed.” 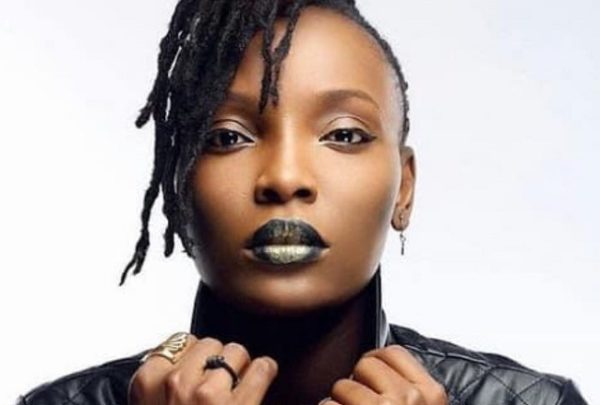 Since the Lekki incident, Switch’s followership on social media has continued to grow. As of November 20, she had raked in a total of 213,000 and 904,000 followers on Twitter and Instagram respectively.