SPOTLIGHT: Music is the only thing I haven’t given up on, says Bem Abu

“Music is pretty much the only thing I have not been able to give up on”, he said, musingly; hopeful and somewhat assured.

“I do not allow challenges limit me, especially with the music,” Bem added, in a recent sit down with TheCable Lifestyle.

The emerging artiste with a unique sound who’s indirectly affiliated with the genius of Cobhams Asuquo, says he has found a home in Chocolate City.

The singer, whose sounds border on urban Afro Soul, R&B and pop, has become reluctant to attribute a genre to his music.

“I am sensitive to boxing my music into genres. I just do my best to create unique sounds, said Bem who intends to tap into the global interest in Nigerian and African music.

“The world has it’s eyes on African music right now, the possibilities are endless. Besides, we have to embrace our Africanness and tell our stories  as in the case of Fela,King Sunny Ade… because nobody else will do it for us and that is why I respect Bez and the direction he’s taken with the New Album. He’s given us “Glocal music, bringing together global sound and local sound to deliver greatness.

Having been understudying several artistes for the past two years, the Minna native is starting to have an adept understanding of how the music industry works.

He said: “It becomes necessary to know how music is released properly, when is the best time to release, the importance of team work… I’m just learning just about everything.”

Clarifying a popular misconception about his most popular song till date, Bem said: “It’s interesting to hear people credit Cobhams for my “Never Before” single.  However, he didn’t produce it, his protege – IBK did. We mixed with Olaitan Dada and mastered in Texas. Everyone who worked on this project is affiliated to Cobhams. I have not worked with him on that level.”

Bem, currently an independent artiste, would gladly put pen if the right deal stares him in the face – but for now, he’s enjoying his special relationship with Chocolate City.

“Chocolate City is home to me. They have opened their doors to me.

“If a label reaches out, we can discuss. The plan is not to go and beg but let the work draw whoever is interested. In the meantime, I keep making the kind of music I want to hear.” 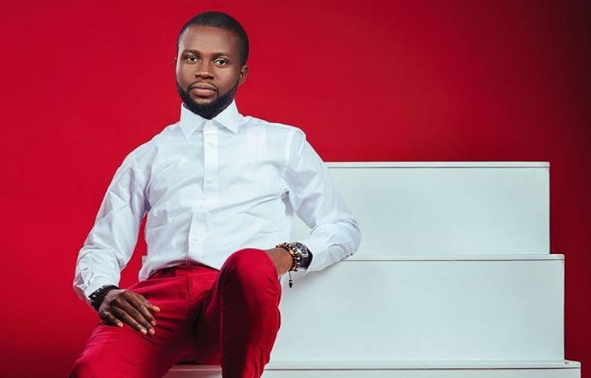 Seemingly on the opposite side of the type of music deemed commercial, Bem assures that his audience is out there but also hinted that there are many ways he can lean with his music.

“Well, knowing your audience and understanding what appeals to them defines what kind of music you make and how one makes it/them. Either way, the plan is not to be rigid so let’s see what other songs bring.

“Let’s see what tomorrow brings. Inspiration comes from everywhere so nobody really knows. For example, I love how Patoranking tells his stories in the music so let’s just keep our fingers crossed.

Speaking as though something was already in the pipeline, Bem said: “I am looking to work with the King-MI. That’s what I call him. Hopefully, he finds time for me.”

“The song defines who you feature really,” he added, with resumed seriousness.

The singer/songwriter who released ‘Never Before’ in February 2016 challenged the government and music industry stakeholders to work together to build a structure that will enable every artiste enjoy the fruits of their labour.

“In Nigeria however, we need to create a model peculiar to us and that works for us so the creatives are able to reap the benefit of their work as far as royalties, publishing.”

Bem noted that things have been put in motion for him to push his brand and music to the fans as intensively as his peers on the ascent.

How to watch the 2022 Headies today