Nigerian author Chimamanda Adichie is one of the cover stars of the 2017 ‘Greats’ issue by the New York Times Style Magazine.

The special ‘Greats’ issue is released annually. It celebrates individuals who are masters in their respective fields and whose work and vision have transformed modern culture.

The 2017 “Greats” issue was released online on October 16 but will be released in print on October 22. 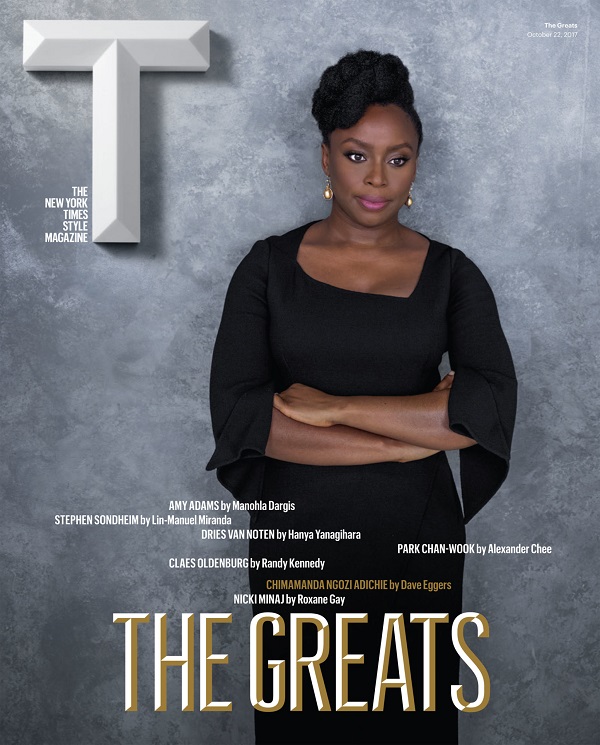 Adichie was photographed by the artist-photographer Carrie Mae Weems alongside a profile written by Dave Eggers.

Lagos is ‘third most stressful city’ in the world