Chika Ike, a Nollywood actress, has finally reacted to rumours on social media that she is in a relationship with Ned Nwoko, husband to Regina Daniels, a fellow movie star.

Rumours had swirled in some quarters that Ike was dating the billionaire politician — and was about to become Nwoko’s 7th wife.

A video, which has since gone viral, claimed that she had been in a relationship with Nwoko before the politician tied the knot with Regina.

The video also alleged that Rita Daniels, mother to Regina, had asked Ike to stay away from her daughter’s husband.

Reacting to the rumours during a question and answer session on her social media page on Monday, Ike dismissed being in a relationship with Nwoko.

When asked by a fan if she is likely to be the politician’s seventh wife, she replied “never.”

“No, I am not and I’m not about to be anyone’s 7th wife. Never,” Chika wrote on her Instagram story. 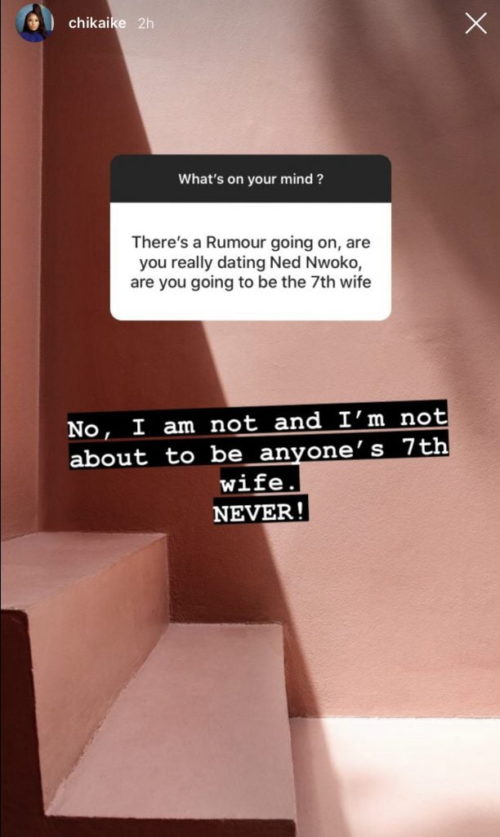 Nwoko tied the knot with Regina in 2019, a development which stirred controversies then over the age disparity between them. Regina is said to be the sixth wife of Nwoko.

The lovebirds had in June welcomed their first child — a baby boy — together.