Before Brymo, he had worked with Ice Prince, MI Abaga, and Lynxx, but it’s his latest collaboration with the ‘Patience and Goodluck’ singer that has given Ayomikun Oludoyi a new level of acclaim as a boundary-breaking, artistic video director.

Oludoyi is the director at the helm of Brymo’s ‘Heya’, which is arguably the most debated and most controversial Nigerian music video in recent years.

At a time when music videos are mostly about lavish lifestyles, luxury cars and clothes, endowed women, and wads of cash, Brymo and Oludoyi joined forces to create something different.

In a bid to pass a message that Nigerians (and Africans) are still backward in the global scheme of things, Brymo sought the assistance of Oludoyi to help bring his idea to life — and to film him walking around in nothing but a leather thongs known as ‘Bante’ which was worn by the Yoruba fisherman before urbanisation.

TheCable Lifestyle recently caught up with Oludoyi to chat about the concept behind the video and his own artistic ventures.

The concept of the video was birthed in the mind of Brymo, leaving it up to Oludoyi to translate it to the visual representation that shook the Nigerian online community.

“So we were thinking, how do we shoot a video that will make people listen? Because it’s a conscious song, not your everyday pop song,” Oludoyi said.

“Then he [Brymo] said he’s always wanted to shoot under the bridge and we shared the same feeling and I was thinking to myself ‘how do we do this?’”

As the idea brewed in the mind of the video director, he noticed “a little vacant space” right below the third mainland bridge so he decided to check it out and told Brymo “it is possible”.

Oludoyi said he was taken aback when Brymo told him he “wanted to wear a “g-string”.

The filmmaker laughs as he recounted his initial reaction: “I said ‘bruh, are you being serious?’”

“I wanted him to wear shorts.”

Brymo, he said, wanted to depict the era before the slave trade in Africa.

Once the director “bought the idea”, he immediately fleshed out the concept of the story.

“The theme was meant to be ‘bush man in the city’ because of what the song portrays itself,” Oludoyi said.

“I was on it pretty much 24 hours for seven days. Making the cuts, making the edits. Trying to make sure it fits what we were trying to do.”

After he was done with the first cut, Brymo felt it was “too pop”.

“He was like no it’s too pop. It was looking like a pop video. I was like no I just wanted you to see the video itself and then we’ll now streamline it.

“I would say 60 percent of the video was Brymo’s idea. Then the other 40 percent was me putting it together.” 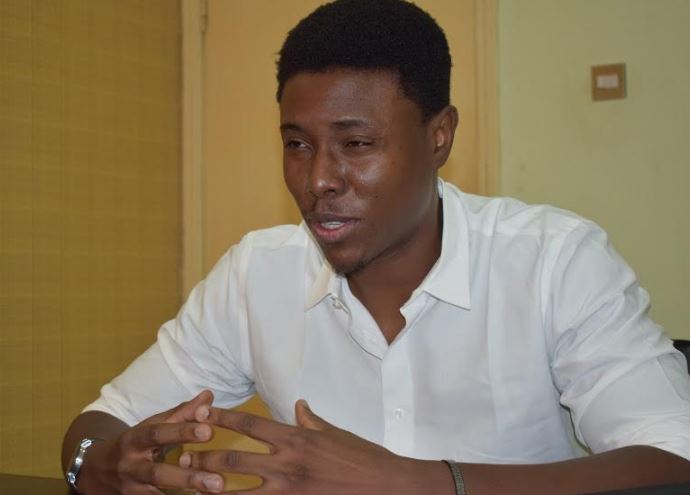 The video project was originally intended to be released as a short film spanning across two or three songs from Brymo’s ‘Oṣó’ album.

“The short film itself is meant to be a pre-slave trade era theme,” he said.

“So we had a plan to film at Badagry at The Point of No Return. So I went as far as going there, made all the enquires.”

The short film is still in the pipeline as Oludoyi reveals that “it’s still something we’re going to do”.

“We didn’t end up doing the short film because we wanted to take it bit by bit because it would involve shooting at length, the whole concept itself and some other factors.

“We’re working on it. We just have to complete the story. The way I ended this video [Heya!] it continues.” 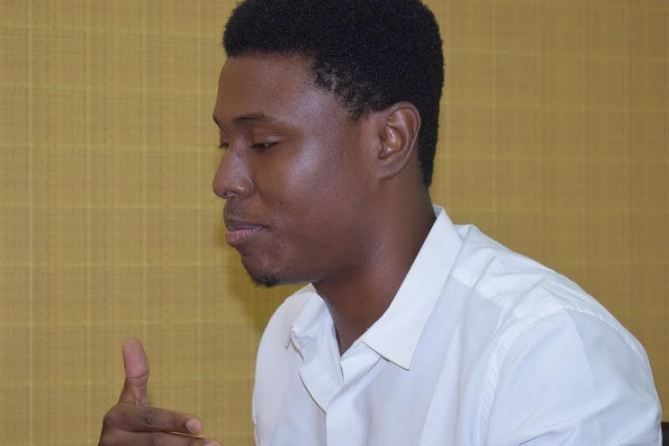 The young director is no newbie to the business as he has spent the past eight years working on various projects and honing his craft.

“I’ve been doing this for eight years counting from when I got my first camera,” he said.

Oludoyi is a “self-taught” director who has no formal education in videography — just his passion, gift and hunger to learn.

“I’ve only taken a few online courses to learn the basics,” he said.

“I’ve worked with Ice Prince, MI, Lynxx, and some underground guys as well. I’ve done a lot of videos. I’m under the company, Mavrick Films.

“It’s not just music videos I do. I’ve directed a movie, well I was assistant director on a movie set – The Dance Movie Project.

“I was assistant director alongside my friend, James. It was a very interesting experience because it really exposed me to a lot. That was my first movie ever.”