Comedy: I’m banned from the US, says Bovi

Abovi Ugboma, the Nigerian comedian better known as Bovi, says he’s banned from the United States over an altercation with a visa issuing officer.

The funnyman spoke about the state of stand-up comedy during an Instagram interaction with fans on Tuesday.

He revealed he had been banned from visiting the US when a fan asked if he could perform in Massachusetts.

Bovi said the ban was because of the disagreement which he described as “ill luck” and an “ego clash”.

“I’m banned in the USA. Ill luck, met charity like visa issuing officer. Ego clashed, I got labeled,” he wrote. 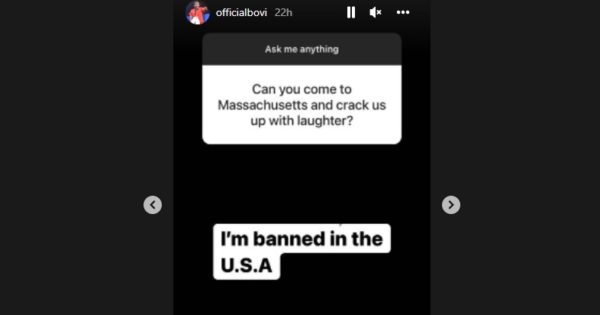 In one of the posts, a fan further asked: “Has stand-up comedy gotten better in Nigeria or worse?”

Being blunt with his response, which was shared via the same medium, the comedian wrote: “worse”.

Another fan asked how the situation of stand-up comedy can be improved in Nigeria.

Bovi replied that performing at “proper comedy clubs” can improve the state of stand-up comedy in the country.

In February, the comedian had narrated how he was almost accused of stealing at a hotel in London.

“Tryna check into hotel in London and they insist I present the card that was used for the booking,” he had said in a mixture of English and Pidgin.

“I tell them it was done for me by my wife and she’s in Naija. That made it worse. They think I’m stealing. Then to crown am, my own card dey decline. For the first time in my life, I said the words ‘google me.”

Nollywood actor in need of kidney transplant ‘ejected’ from hospital